A charity founded by a leading Indian philanthropist has raised over £100,000 at its tenth anniversary celebratory gala dinner.

Charity ‘Path to Success’, founded in 2006 by Mrs Anita Choudhrie, provides financial support to a different good cause each year – with a focus on education and disability.

Over the last decade, the charity has raised over £300,000 for various causes, including wheelchair users, educational facilities in India and residential units for the homeless in the UK.

Guests, who included media personality and ex-Paralympian Ade Adepitan MBE, were treated to a performance from the renowned ‘Incognito Artists’, a group of stars from London’s best-known West End shows.

In recent years Path to Success’ flagship campaigns have included the ’60 for 60’ campaign, the aim of which was to commemorate the Queen’s Jubilee year by providing 60 wheelchairs for 60 NHS hospitals across the UK. 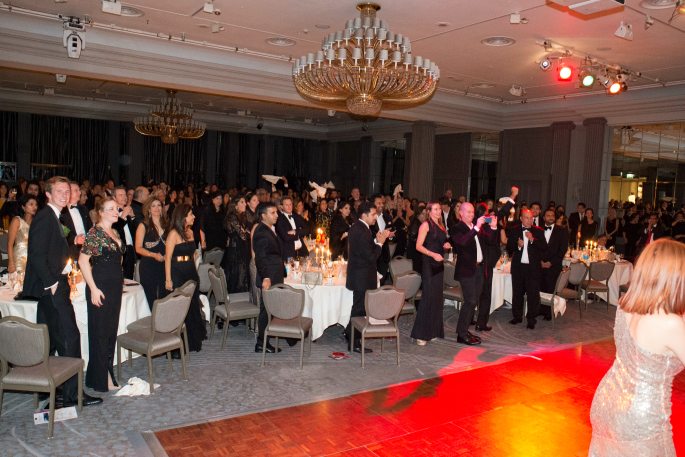 At the Gala Dinner Ade Adepitan, a former London Titans captain, was presented with a cheque for £43,929 from Path to Success in support of the club. All money raised goes towards coaching fees, court fees and specially modified wheelchairs.

Part of the £43,929 donation to the London Titans came from the 2016 Corporate Wheelchair Basketball Tournament that Path to Success held at the Queen Elizabeth Olympic Park earlier this year.

Following its success, Path to Success have announced that a second edition of the tournament will be held in 2017.

Path to Success were also delighted to announce that, in an unpredictable twist of fate, one of the recipients of a 60 for 60 wheelchair recently played in a wheelchair basketball match – against the London Titans.

“Getting your first chair makes you feel like you have a new set of legs and as a youngster you feel like you can do things you never have before. Fundraising that creates those feelings and experiences is vital.”

“This was a truly special celebration of everything Path to Success has achieved over the last ten years.

“Path to Success was set up to support the most challenged groups in society, and the incredible generosity demonstrated at our gala will ensure that many more lives continue to be touched by Path to Success in the years to come.”

Path to Success also announced at the Gala Dinner that their next appeal over the coming two years will be supporting ‘Action for Kids’ – an organisation that provide young people up to the age of 26 with mobility equipment that is unavailable via the NHS.

For more information about Path to Success, please visit their website here.

Prem has a rich interest in social sciences and culture. He enjoys reading and writing about issues affecting his and future generations. His motto is 'Television is chewing gum for the eyes' by Frank Lloyd Wright.
Is Marriage still a Need for British Asian Women?
Imam found Guilty in Historic Sexual Abuse Case