The nominees have been announced for the Micromax IIFA Awards 2010 at the Videocon IIFA Weekend in Colombo, Sri Lanka. Paa, Love Aaj Kal and 3 Idiots lead the tally for the popular category nominations.

The IIFA Awards is the biggest South Asian media event

After a successful year for Indian cinema with stellar performances at the box office, the International Indian Film Academy (IIFA) has announced the nominees for the IIFA Awards 2010. The 11th celebrations of the Videocon IIFA Weekend and Micromax IIFA Awards will be held in the Sri Lankan capital of Colombo from June 3rd – 5th, 2010.

The nominations were released as a result of the industry voting for the Micromax IIFA Awards in March. Results of the industry voting were audited by PriceWaterhouse Coopers, the auditing firm for the IIFAs and the Oscars. The online voting for the Awards will go live on www.iifa.com as of the 10th of May, 2010 and will be open to audiences of Indian Cinema, across the world. The voting will end on the 1st of June, 2010. The results of the online voting would determine the winners of the popular category, which would be announced on stage at the Micromax IIFA Awards presentation ceremony in Colombo at the multi-purpose, Sughathadasa Stadium.

Amitabh Bachchan said at the inauguration of the 2010 IIFA’s,

“The Indian film industry has its own history and its own values. And its been made up through the contribution of some huge stalwarts and geniuses and we cannot diminish that.” 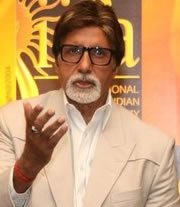 He added, “They have all contributed to what Indian cinema is today. Yes I am part of this fraternity and I feel very privileged that I am asked to represent it in some manner.”

Commenting on the nominations for IIFA 2010, Sabbas Joseph, Director, Wizcraft said, “Colombo, Sri Lanka marks the second decade of IIFA, with the best of Indian cinema being showcased. The nominees for the Micromax IIFA Awards 2010 are a compilation of the best work from the previous year and the suspense and celebration of these worthy nominations will undoubtedly create another magical IIFA.”

As always, the IIFA Weekend, Sri Lanka will be a culmination of mega events that brings Indian cinema to the world. The IIFA Weekend includes the high-profile FICCI IIFA Global Business Forum, the IIFA Foundation Fashion Extravaganza, the IIFA Foundation Celebrity Cricket Match, World premieres of Indian films, IIFA Film Workshop and the climax of the Weekend, the spectacular IIFA Awards. The IIFA Awards is the biggest South Asian media event and is considered among the most-watched annual global events.

The events of the VIDEOCON IIFA Weekend are expected to boost tourism in the host region of Colombo, Sri Lanka and attract extra visitors from all over the world. More than 500 luminaries from the Indian film industry will travel to the region for this spectacular event. The event will be broadcast globally by STAR TV to reach nearly 500 million viewers in 110 countries.

The Nominees for the IIFA 2010 Nominations are:

Amit enjoys creative challenges and uses writing as a tool for revelation. He has major interest in news, current affairs, trends and cinema. He likes the quote: "Nothing in fine print is ever good news."
Bollywood ban stays in Bangladesh
Kites to fly high for Bollywood