Kites to fly high for Bollywood

Kites is a new Bollywood movie with aims to break the international market in a major way. With a mix of Spanish, Hindi and English language, the film stars Bollywood hunk Hrithik Roshan and Mexican beauty Barbara Mori.

"For me it’s about breaking barriers"

Behind its glossy trailer, Kites – the latest Hrithik Roshan film – is a cleverly produced film aimed at the international market. Expansion of blue skies; sun kissed landscape; a white sailed yacht sailing across sparkling waves. Scenes that wouldn’t look out of place in a Ralph Lauren advert. It’s makers hope that Kites will be the first Indian film to crack the Western market. The film plays on an Indian sensibility which woos western ideals as India embraces globalisation.

Kites plans to be the widest ever released Bollywood film across 60 countries. The film is releasing on May 21st followed by a worldwide release a week later on May 28th. It will release simultaneously on more than 2000 screens in India, USA and Canada. With car chases, Vegas skyline, stunts, explosions and action packed adventure, it is pure Hollywood. 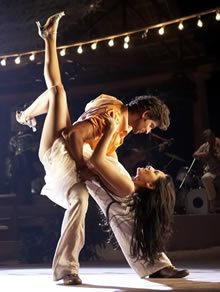 Kites was shot on location in Las Vegas, Santa Fe and Los Angeles. Directed by Anurag Basu (Life in a Metro) and produced by Rakesh Roshan, it is one of the biggest films shot in India. The film stars Hrithik Roshan, Mexican Barbara Mori, Kangana Ranaut from Fashion, Jaya Bachchan and Kabir Bedi.

“For me it’s about breaking barriers,” said Rakesh Roshan, the producer, “The larger goal, the big dream, is to have an Indian film being watched by a world market.”

A shorter English version entitled Kites: The Remix, will be released in America and Europe. This version is reworked by Brett Ratner, the man who brought us the Rush Hour series and has also directed X-Men: The Last Stand. He is credited with noticing Jackie Chan’s potential and bringing him to Western audiences. Maybe he can work the same wonders for Kites and Hrithik Roshan. Brett Ratner removed all the song sequences and scenes with Indian elements which would not translate.

The two leads, Hrithik Roshan and Barbara Mori, are dubbed by American voices. Brett Ratner has expressed an interest in making Bollywood films. He was “delighted” that Rakesh Roshan had approached him to make a westernised version of Kites. In the future, he wishes to make an Indian musical with American actors. 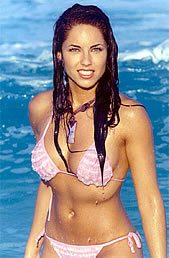 The choice of beauty Mexican Barbara Mori as the heroine reflects on the film’s marketing to the global cinema-goer. As a Mexican she is ethnic enough to fit in with the film’s Indian origin yet she is white enough to appeal to an international audience. An image that the international crowd in India wants to present to the world. This is not the only concession Kites has made to the western audience.

The shots have been described as “the hottest scenes filmed on Indian camera.”

The Hrithik Roshan-Barbara Mori intimate scenes have triggered rumours of something more in the relationship between the two, which could threaten the actor’s marriage to Suzanna Khan. The scenes have been cut from the Indian version to keep its ‘U’ ratings in Indian cinemas.

Watch the trailer to Kites below:

Most Hollywood films are commercialised blockbusters with panoramic cinematography. Western audiences want to see films with CGIs, snappy dialogue, crystal clear editing and fast-moving action. Kites fits into this category with its action stunts and Hollywood picturisation. However, it is still classed as a foreign language film, and the Western audience for international films is somewhat different. 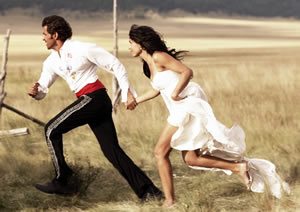 International films tend to be of the art house variety with quieter, more complex themes. Foreign language films like French film Amelie, 2002 Brazilian film City of God and Alfonso Cuaron’s Y Tu Mama Tambiens offer something more than the usual commercial presentation. They offer a window into a different world.

The approach of Kites is different. It is completely Hollywood in influence without any Indian pathos. Indian films which have done well in the West like Satyajit Ray’s The Apu Trilogy and Mira Nair’s Salaam Bombay offer story-lines which are typically Indian. But Kites is exploring new territory which could miss its target audience entirely or start a new wave of non-art house films from India which still sit comfortably in the foreign film category despite their format. 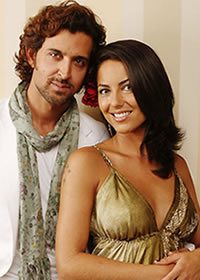 Unlike, Monsoon Wedding, another Indian film to gain critical acclaim in the West, which was bursting with the colours and sounds of an Indian wedding; Kites presents itself as a modern mix of Hollywood, a touch of Bollywood, intertwined with a strong Spanish twist via Barbara Mori’s performance.

Kites works on screen, it has immense visual appeal. It has all the elements which make a blockbuster. But will the film fly high for Bollywood as an international hit? This is something international cinema-goers will need to decide upon when the film hits the screen and naturally, on box-office takings.

S Basu wants to explore the place of Indian diaspora in a globalised world in her journalism. She likes being a part of contemporary British Asian culture and celebrates the recent flourishing of interest in it. She has a passion for Bollywood, Art and all things Indian.
Nominees for 2010 IIFA Awards
Shahrukh and Salman at 2010 IIFA’s