Dancer and choreographer, Subhash Viman Gorania, stirs his audiences by delving deeply into the meaning of being human. DESIblitz explores his latest works, Shan and Fly From.

“You put two babies together of different colours, they are not going to be racist.”

On Monday 6th July 2015, dance enthusiasts gathered at the Mac, Birmingham, to be intellectually and visually stimulated by two solo performances by Subhash Viman Gorania – Shan and Fly From.

The performances, presented by the performing arts organisation, SAMPAD, was followed by a Question and Answer session with performer Subhash, choreographer Saju Hari, and producer Samir Bhamra.

Subhash Viman Gorania is a dancer and choreographer who has trained in classical Indian dance. He also fluently merges styles such as hip-hop, urban and contemporary.

Both of Subhash’s pieces could be classed as social commentaries with deep moral, philosophical messages.

The producer of Fly From, Samir Bhamra, says: “He is really trying to get to grips with human expression at the common man level.” 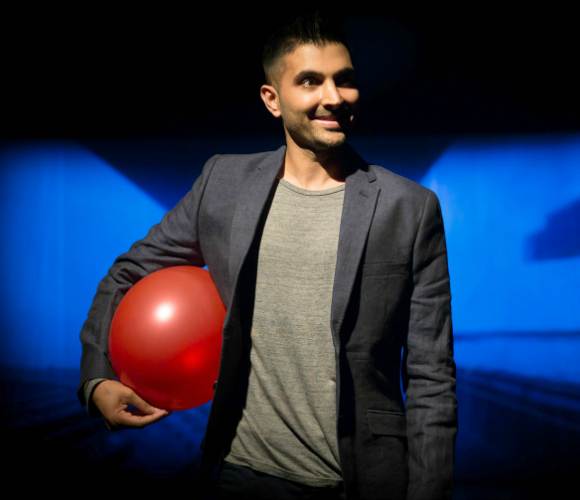 Shan is a Mandarin word which means ‘good hearted’. Subhash was inspired by a couplet which is taught to all Chinese primary school children:

People at birth are naturally good,
Their natures are similar, their habits are different.

The concept behind Shan is that at birth we are all equal. Subhash says: “You put two babies together of different colours, they are not going to be racist.”

However after, in a battle of Nature versus Nurture, external forces make us who we are.

Shan is still a work in progress, and not yet a complete piece. However, in its current form, one can see a journey of self-discovery and Man’s exploration of the world around him.

Subhash is currently working on ways to have a shadow follow his movements on stage. And then later he and his shadow will split and move in alternative motions and directions. 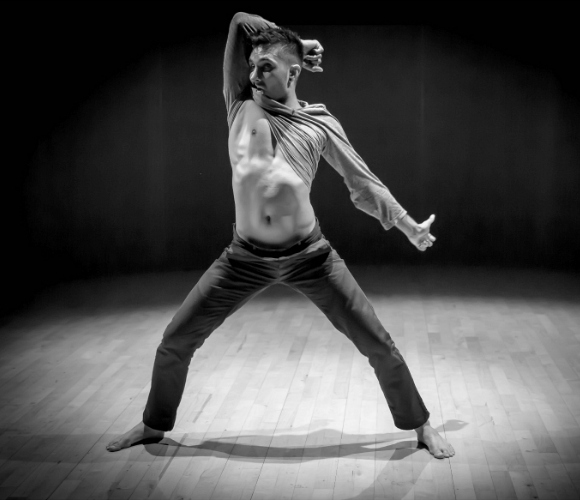 Fly From is about ‘flying away from’ or escaping the trap of our material reality as humans.

Producer Samir Bhamra says: “I think it is about the broken dream. What happens when you realise that dream is broken? It’s about how dispirited the younger generation is.”

Fly From can be viewed as being of four parts. The piece begins with a period of ignorant bliss.

With the soundtrack of ‘Sound of Silence’ by Simon Garfunkel playing, the protagonist stares at the audience in a childlike wide-eyed wonder.

He is holding a red balloon under his arm. The balloon abruptly pops. This can symbolise the bubble of ‘the good times’ bursting.

The second part portrays a period of struggle. The primal and animalistic instincts and movements depict a message of social protest.

Another interpretation could be that he is toughening himself to cope with the harsh realities of the world. 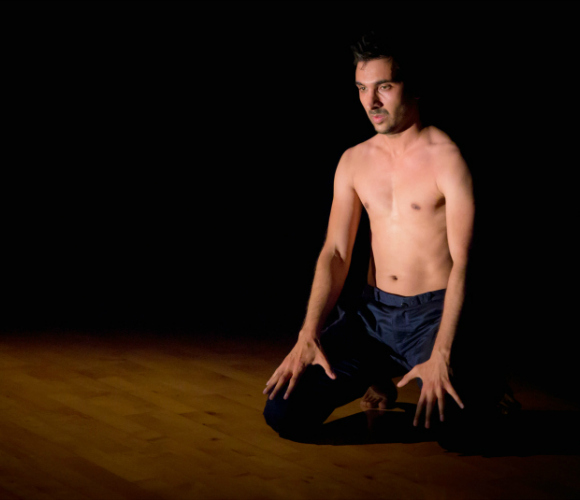 In the third stage of the narrative, the protagonist forces himself and contorts his body into unnatural and mangled positions. The audience sees him in a state of abject despair.

Silence is used at times to focus attention to the choreographic motions, breathing, and the sounds of the bare feet scurrying and daintily hitting the studio floor.

The sound of Time’s ticking clock is created very effectively by the use of a medical drip, dripping water, droplet by droplet, onto a hand drum.

This gives the ominous sense of fatality and futility of human existence. The movements of the protagonist synchronise with the dripping water. This can be seen as Man becoming a slave to his fate. 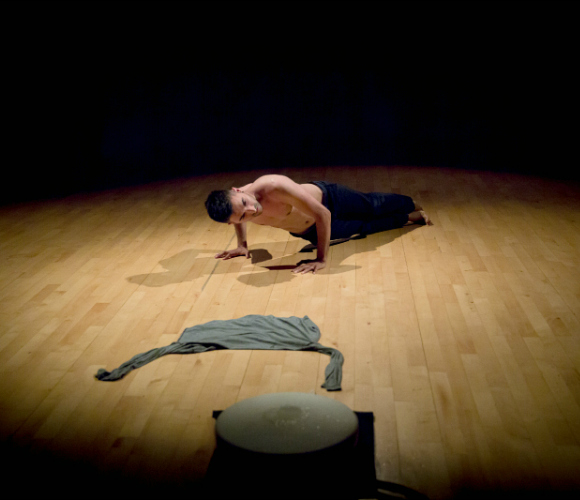 In Fly From, clothing represents the trap of materialism. At each stage of the narrative, his attempt at escaping is symbolically shown by him removing an item of clothing.

At the last stage, in Man’s quest to free himself from the shackles of materialism, He strips down to his bare basics. He is free.

Subhash says: “Everything started with nothing. We might have reached this advanced stage, where we have everything.

“But now we are killing and destroying each other. We’re going to go back to the beginning.”

Behind him are five people, depicted by electronic reverse silhouettes, consisting of a black background and a bright white light.

He stands tall, conscious of his purpose as a human being, and as a leader of men. This is a powerful image to end the performance. 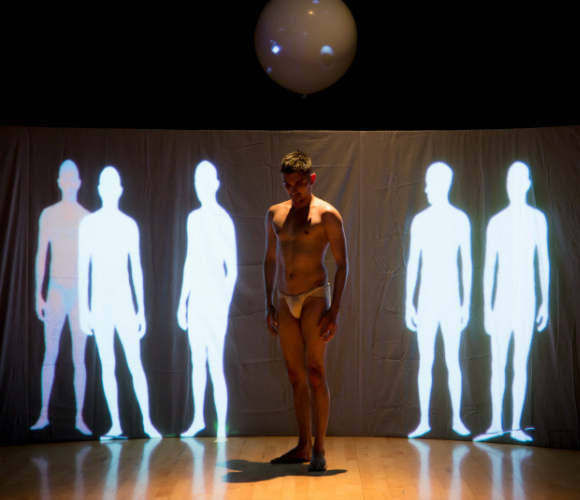 Subhash possesses a unique choreographic vocabulary which is very particular to him. He says: “I see everything as movement. I try not to box things.”

Indian classical dance forms are well-recognised for their structure. So it was interesting how Subhash and his team have deconstructed these. Subhash says:

“Shan works on a structure. Fly From works from emotion and feeling.”

Speaking about his relationship with choreographer Saju Hari, Subhash says: “It’s his seed and my interpretation of that seed.

“It’s helped me to develop the vocabulary for Shan. He has got some wacky ways. He put a blind-fold on me and said, ‘Just go crazy.’ After 10 minutes, I nearly puked.”

Saju adds: “If he crashed through the window, I am there to catch him.

“As a creator, I am just there with the boundaries. If I see a spark, I say, ‘Just go that way’.”

Subhash Viman Gorania’s next project will be Gamechanger. It will be three 20 minute pieces: Fly From, the full version of Shan, and a new piece called Morphed.

Morphed is another piece investigating issues such as personal identity and Man’s place in the world.

You can expect to see Gamechanger by Subhash Viman Gorania in May 2016.