Bollywood superstar Shahrukh Khan, also known as SRK, is set to feature in the South Indian film ‘Bigil’ where he will reportedly play a villain.

reports have suggested that he will also do a special song.

Shahrukh Khan is set to appear in a South Indian film. The change in film industry showcases the widespread appeal of SRK.

Not only does he have a huge fanbase in the Hindi film industry but he is also admired globally.

It was previously called Thalapathy 63 but the name change was shown on the film’s first look.

The poster was revealed on social media and fans are loving it, with the post receiving over 100,000 likes.

It is rumoured that Shahrukh’s cameo will be 15-minutes long and he will play the villain in the film. 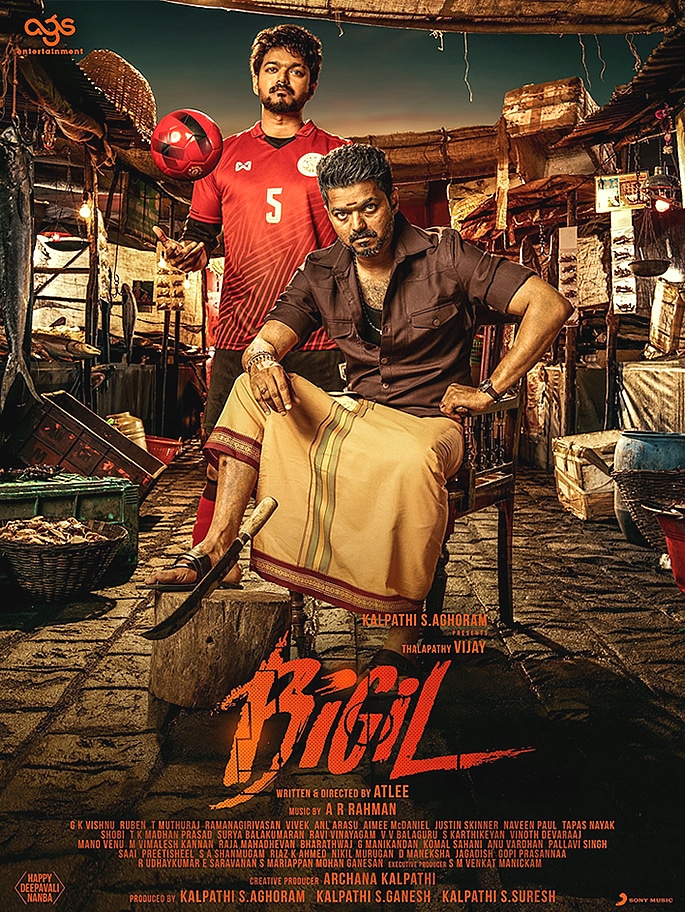 While not much else has been revealed about SRK’s role, reports have suggested that he will also do a special song.

When it comes to South Indian films, Shahrukh has a good relationship with the filmmakers.

The actor was spotted with Atlee Kumar, the director of 2017’s Mersal during an Indian Premier League (IPL) match earlier in 2019.

The meeting sparked rumours that the two will work together on an upcoming project. The speculation has become likely especially because Kumar will direct Bigil.

It also prompted rumours that SRK will star in the Hindi remake of Mersal.

On the other hand, Shahrukh will lend his voice for the Hindi-dubbed version of The Lion King (2019) where he will voice Mufasa.

His son Aryan will join him and voice Mufasa’s son, Simba.

Shahrukh celebrated 27 years in the industry in June 2019 and first made waves in 1992 with Deewana which was a huge success at the box office.

Prior to the success, the actor began his acting career by starring in theatre productions in Delhi.

He then moved to television shows like Fauji and Circus and eventually into the world of films.

To celebrate twenty-seven years in the industry, the actor uploaded a video on social media where he is riding a bike to the backdrop of the famous 1990s song ‘Koi Na Koi Chahiye’ from his first film.

He thanked his fans for twenty-seven years in Indian cinema.

Thank you for the awesome 27 years everybody and Thank you Sharad for the bikes! pic.twitter.com/UMg6k78C06

SRK has been part of some iconic films and fans have been mesmerised by some of his excellent performances.

However, his last film Zero failed to hit the mark and bombed at the box office. Bigil could be his next film since he has not signed on any upcoming films.

Dhiren is a journalism graduate with a passion for gaming, watching films and sports. He also enjoys cooking from time to time. His motto is to “Live life one day at a time.”
‘Photograph’ Power ends 2019 Birmingham Indian Film Festival
Kangana’s Sister Rangoli blasts Taapsee Pannu & Varun Dhawan