Paul Pickering has written a new novel, titled ‘Elephant’. He revealed that it has a real and philosophical connection to India.

"the novel explores the interface between fact and fiction."

British novelist Paul Pickering has written a new novel titled Elephant, and it has Indian connections.

Paul Pickering says that the book is an affirmation of “I am my voice”, saying:

“And my voice is a big as an elephant, which in turn is as big as creation.”

“In the love story between Natasha and the man in Paris, the novel explores the interface between fact and fiction.

“The man in Paris uses the story of the elephant to get Natasha to go back to her first love, her voice, poetry.”

The story begins at a country house in England, where a teenager who has exiled from revolutionary Russia writes down his adventures.

He starts by penning his first adventure in St Petersburg, where he freed an African elephant from a cruel circus.

But a hundred years later, an American academic feels the elephant might have been an imaginary creation by the boy as a kind and uplifting being in the dark times. 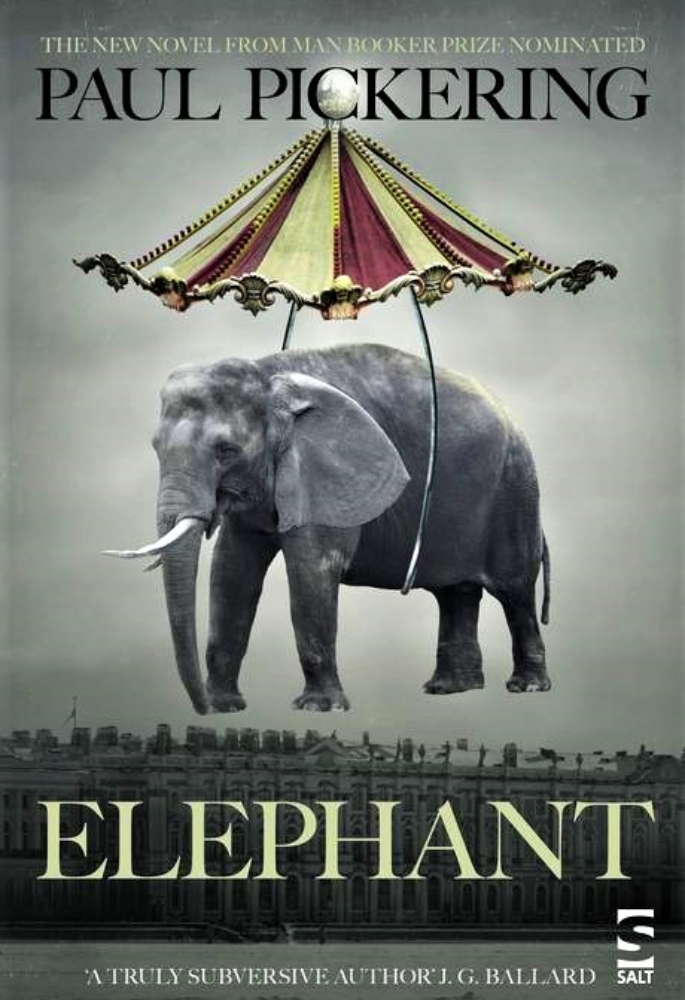 Explaining the depth of the novel, Paul Pickering says:

“This fast-moving story is on the side of the individuals, and against nationalism, authoritarianism, scapegoating, fake news and the cancel culture.

“That seeks to obliterate the boy at the heart of the story from history and that is why he commits it to paper.”

The book unfolds the love story of Natasha and the journey of the boy.

Natasha realises that the elephant is the raw power of the universe.

The book focuses on two historical periods which are, the end of the rational modern (with the mass use of the machine gun) and the end of the postmodern and poststructuralist (with the rise of the internet), to a new metamodernism, a new, again individual-based, existentialism.

Elaborating the story more, Pickering says that an Indian elephant that is being tormented by a trainer saves the boy’s life.

However, after the African elephant’s calf is taken from her for a warlord’s banquet, the Indian elephant kills her trainer by tearing him in two.

Concluding the essence of the novel, Paul Pickering says:

“In a philosophical sense, in the way that she is on a higher plane and towers over everything, the elephant of my story has her roots in India.”

Pickering also wishes to visit India to write a post-colonial novel based on the story of his wife’s great aunt.

Pickering says that not only do Indian writers have a better command of the language but “looking from outside, also possibly understand the English character better, especially in its slightly chaotic and hopelessly diminished post-imperial role”.

Some of his favourite Indian authors include Vikram Seth and Arundhati Roy.

Shamamah is a journalism and political psychology graduate with a passion to play her part to make the world a peaceful place. She loves reading, cooking, and culture. She believes in: “freedom of expression with mutual respect.”
Ruskin Bond marks 87th Birthday with Collection of Favourites
Marina Wheeler’s Book nominated for Literary Award