Marina Wheeler, the ex-wife of Boris Johnson, wrote a book that explored her Indian heritage. It has been nominated for a literary award.

“I definitely want to keep on writing."

The ex-wife of Prime Minister Boris Johnson, Marina Wheeler, wrote a book that detailed her family history in 2020.

The book, titled The Lost Homestead, has now been nominated for the £10,000 Christopher Bland Prize, awarded by the Royal Society of Literature to a debut novelist or non-fiction writer aged 50 or over.

Ms Wheeler says: “It’s the story of a woman emerging from the shadows and taking control of her life.”

It tells the story of her mother’s family, who were forced to flee the violence in India during Partition.

Told through her mother’s memories, it is Ms Wheeler’s first non-legal book.

Ms Wheeler and Mr Johnson separated after he began an affair with Carrie Symonds in 2018. The pair finalised their divorce in May 2020.

Ms Wheeler, a barrister, “cleared the decks” and began “a quest to find my roots”.

She travelled to Sargodha, now in Pakistan, to research the story.

Her mother, Dip Singh, was initially hesitant to reveal her story but eventually revealed details of an arranged marriage at the age of 17, to a “boorish thug” in Delhi, to leaving India’s capital.

Following her divorce from the Prime Minister, Ms Wheeler revealed she discovered a deeper empathy with her mother.

“She is making her own choices, recognising when something doesn’t work. Absolutely.” 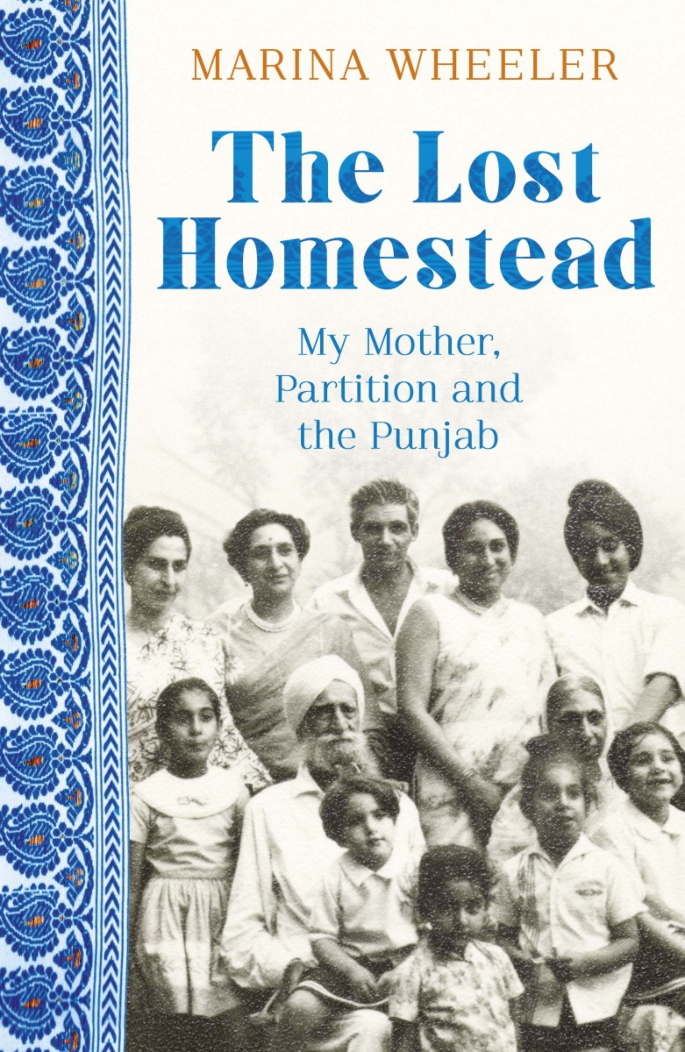 After writing The Lost Homestead, Marina Wheeler is thinking about writing a memoir.

She said: “I definitely want to keep on writing. There are things I’m playing around with.

“I want to be absolutely sure I’m doing the right thing before taking the plunge.”

Ms Wheeler only knew parts of her Anglo-Indian heritage. She was inspired to write the book in 2017.

She recalled: “I was watching some of the coverage with my mum, who lived through it.

“It struck me so clearly she had this untold story. Since my dad was a journalist, she always sort of stood on the sidelines.

“I found it shocking that I knew so little of my roots. She never waxed lyrical about it but I think my mother’s life had been a quest to be herself.

“She walked out of an arranged marriage with a wealthy, influential family, so hats off to her, really.”

Being inside her then-husband’s office also motivated her.

When Boris Johnson became foreign secretary, the couple were given an apartment in St James’s, London.

Ms Wheeler felt out of place and as her marriage became strained, she began writing.

She explained: “The connotations of the empire were all around. I had an appetite to write this story and an opportunity arose, so I took it.

“I wrote it in all sorts of places around London.

I found it quite invigorating to take my laptop and write in different locations.

“Finally, I finished it in my new place.”

Marina Wheeler showed the text of her book to her children and to her mother, who passed away before it was published.

Following her literary nomination, her next book may be a surprise.

“I’d like to do more non-fiction but I’m also intrigued by the thought of something completely different – comedy or something, why not try that?”

“That’s part of the great lesson – we don’t know what you’re really capable of until you try it.”

The winner of the Christopher Bland prize will be announced in June 2021.

The six-strong shortlist includes One of Them, the memoirs of Michael Cashman, the former EastEnders actor who became a gay rights activist and was appointed a life peer. Music writer Pete Paphides’ coming-of-age memoir Broken Greek also features.

Dhiren is a journalism graduate with a passion for gaming, watching films and sports. He also enjoys cooking from time to time. His motto is to “Live life one day at a time.”
Paul Pickering’s ‘Elephant’ has Indian Connections
Indian Artist pays Homage to the Farmers