Due to the current pandemic, clothing sales have dropped and orders are being reduced, affecting garment factories in Bangladesh.

"It’s difficult to say how we will survive.”

Due to the impact of Covid-19, clothing retailers are cutting back on orders, which is affecting garment factories in Bangladesh.

Retailers are also sitting on last season’s inventory, which would be being sold off in clearance sales if circumstances were normal.

As a result of the pandemic, clothing retailers around the world are placing smaller orders than usual.

This has had a major domino effect on the businesses surrounding them, particularly major garment manufacturing centres like Bangladesh.

Bangladesh’s economy relies on textile exports, and garment factories around the country are struggling to stay open.

According to the results, they received 30% fewer orders than a typical season.

The lockdown that occurred just prior to Christmas 2020, followed by another in January 2021, has taken its toll on many of Bangladesh’s businesses.

Talking about the current lack of orders, Azim said:

“Orders usually arrive three months in advance. But there are no orders for March.

“We are operating at 25% of capacity. I have some orders to run the factory till February.

“After that, I don’t know what the future holds for us. It’s difficult to say how we will survive.”

Asif Ashraf, another factory owner based in Dhaka, said:

“We’ve produced the fabric and we’re ready to stitch the garments, but then they say the order is on hold.” 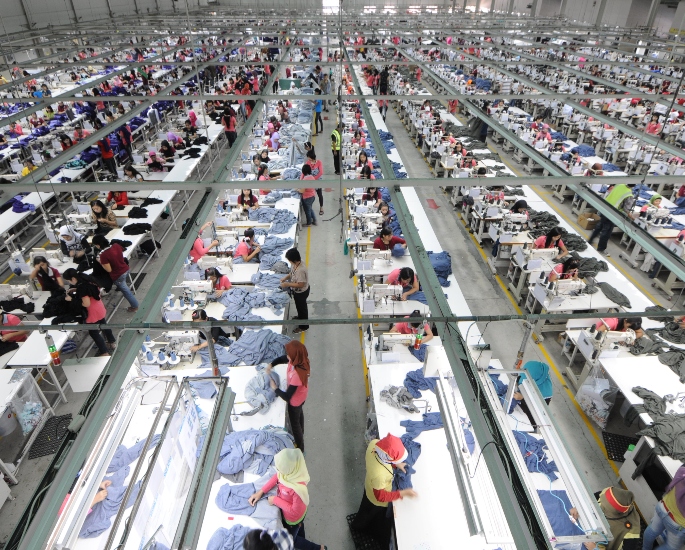 Miran Ali is facing similar issues. He represents the Star Network, an alliance of manufacturers in six Asian countries.

He said: “At this point in time, I should have been entirely full until March at least, and looking at a healthy quantity for autumn/winter coming already.

“Across the board, that is coming slow. Brands are buying less from fewer people.”

Clothing retailers may be taking some relief from the current boost in pyjama sales due to the lockdown.

However, not all factory owners are feeling the comfort. Ali said:

“Demand for pyjamas is at a life-time high. But not everyone can make pyjamas!”

According to textile recycling firm Parker Lane Group, some clothing retailers are attempting to sell off as much excess stock as they can before placing new orders.

This is as a result of store closures threatening to carry into the summer months.

Raffy Kassardjian, CEO of Parker Lane Group, told Reuters that his business went from processing an average of 1.5 million of excess clothing per month to over 4 million in January 2021.

In short, for the clothing industry, the future looks uncertain.