The Bangladesh garment factories have been questioned for their sweatshop operations. DESIblitz finds out if the industry has progressed over the years.

survivors were buried under the building for several numbers of days

The garment factories in Bangladesh is no small business. The country has over 4,000 factories, many operating as sweatshops.

The Asia Foundation has listed Bangladesh as the second largest exporter in the textile industry. All international retailers know Bangladesh is the country for cheap and fast fashion.

However, regardless of generating large sums of profit year after year, the human resource side of the industry has been suffering.

People who go into working in factories are said to be from a poverty-stricken background, young and vulnerable.

Most are women and young girls who have no education and use this job as a means to provide for their parents or children.

The workers are exploited by garment factory owners due to their social status and being in desperate need of income. Although others suggest supply and demand to be one of the drivers of the exploitation.

This involves working considerably long hours, taking verbal and at times physical abuse. All the while being paid a very low wage.

Many foreign media groups have visited these factories, documenting the unsafe conditions and exposing the sweatshop operations behind the scenes.

Yet their attempts to change the industry fell upon deaf ears when in 2013 a factory collapsed killing a large number of people. 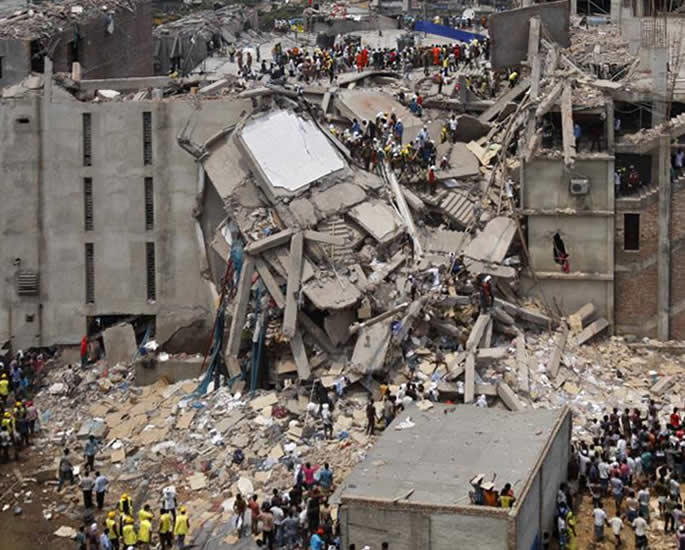 In 2005, the world witnessed one of Bangladesh’s first factory collapse. A nine-story building named the ‘Spectrum Garment Factory’ came crashing down.

The factory collapsed and workers were buried under the rubble and the death toll was said to be 64 and over 100 were injured.

A destruction which could have been avoided if the directors of the factory had adhered to the building regulations.

From the beginning of the construction, the building was reported unsafe as it was not designed to uphold a nine-story structure.

Reuters news reported that the building was developed on marshland without permission.

While the illegal and dangerous construction has been blamed for the collapse, others have said the explosion of a boiler on the ground floor disrupted the structure of the building.

Is the view of many, that these dangerous factories are allowed to resume with business as it has been transforming the economy.

Before the destruction, the factory was producing over 8,000 clothing products across the globe each year.

This reflects on the standards during that period and the collapse highlighted the issues within the industry in terms of health and safety.

In fact, those responsible were not charged and the garment industry continued as usual. 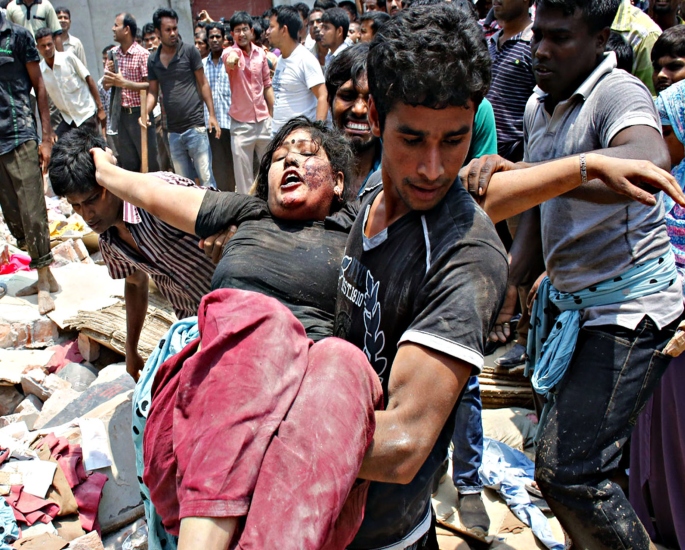 Another 8 years later, in 2013, the world was left in dismay as Bangladesh faced it’s largest factory incidents of all time. It would seem, not much progress was noticeable in the Bangladesh garment factories since the 2005 disaster.

The Rana Plaza collapsed. Destroying and taking the lives of 1,134 garment workers. Survivors were buried under the building for several numbers of days.

The local people and emergency services worked together to rescue as many victims as they could from under the rubble.

One reporter described the scene and said ‘the sight resembled a war zone’.

Survivors in their injured state were given an ultimatum; If they want a chance at surviving they would have to agree to amputation.

Medical services performed surgeries at the scene and amputated body parts in order to safely remove victims from the destroyed building.

Those rescued told their story to various news outlets and further investigation revealed the dark truth behind the entire industry.

A day before the collapse a shocking piece of news came to light and it seemed the death of the countless many could have been avoided.

Engineers were called to the building to inspect the cracks which had been appearing. They concluded with the factory being unstable and said would continue to investigate further.

This was broadcasted on most news channels across Bangladesh with the owner providing a statement. He said the engineers were exaggerating the situation and just some plastering had come off.

The owner, Sohel Rana intimidated workers the day of the collapse after workers were hesitant about returning to the building.

In urgent need of money and out of fear, individuals returned to work the following day without knowing the devastation which was about to unfold.

Above and under the rubble, many big brand labels were discovered and a ledger exposing contractors. The garment workers had been sewing clothes for major retail outlets such as Primark, Gap, H&M and many more.

Unlike the Spectrum Garment Factory, the Rana Plaza incident forced the authorities to make thorough safety guidelines and inspections.

Sohal Rana and his associates were arrested and charged with corruption and it has been said, there is a possibility that they may be given with the death if the high court finds them guilty of murder. 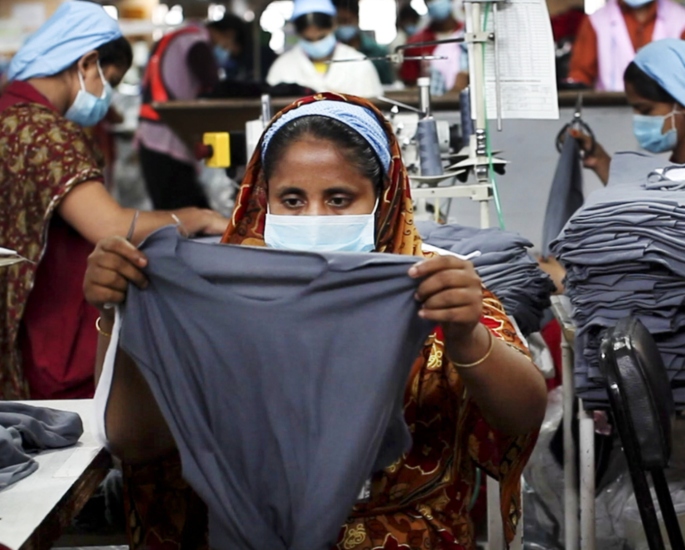 Has the Bangladeshi garment industry changed since the Rana Plaza tragedy? That is the question many charities and activist groups are asking.

Shortly after Rana Plaza, employers and authority figures were taking measures and an organisation was formed named ‘Alliance for Bangladesh Worker Safety’.

The organisation has been aiming to provide safety in ready-made garment factories like Rana Plaza over a period of years. By changing the current dynamics of factories.

Such as changing the conditions in factories as well as teaching workers and employers about safety measures within factories.

However, Bangladeshi’s garment factories still continue to pose a danger to its workers and but it has not affected the financial side of the industry.

Workers continue to earn less than the minimum wage. But workers are no longer keeping silent as they took to the streets to protest the minimum wage. Workers believe the new minimum wage benefits the employer and it is not enough for standard living.

As for the survivors of Rana Plaza, many able to return to work in garment industries have chosen not to and other sources have reported the decrease in women in the garment industry. 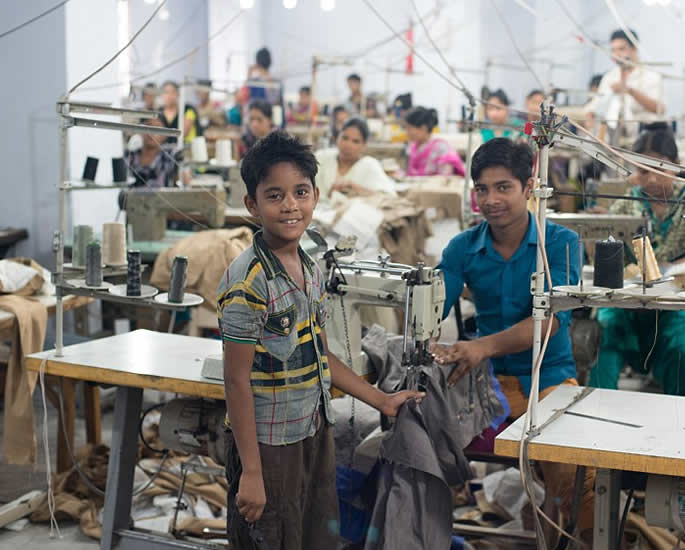 Before Rana Plaza, the figures showed 80% women workers dominated the garment industry but new data shows only 60% of women are now working in the industry.

The use of child labour also remains an implication.  The Overseas Development Institute reported, in 2016  children worked up to 64 hours a week.

Furthermore, abuse in factories remains an ongoing issue due to the continuing trend of ‘fast fashion’. Where workers are expected to make large volumes of clothes under a specific deadline.

A recent report by the Global Labor Justice shows women workers are targetted by employers and are constantly abused. This includes harassment, physical and verbal abuse within the workplace.

The GAP brand has been named in the report for the recurrences of abuse which follows through in their supply chains and there is no regulation of how these workers are being treated.

The fast fashion trend and big brands seeking out cheap garment manufacturers may make it a struggle for Bangladesh.

Business from global brands has provided the country with some economic certainty and allowed them to be second in a competitive and rising market.

The change in the attitudes towards the industry from big brands is leading to progression and there is evidence of health and safety operations in action.

Bangladesh has a long way to go before the garment factories and the entire industry can be labelled safe. The few changes show progression and if more changes are implemented, the future may look bright for garment workers.