Shoaib Rana: a Fresh Face in Music releases ‘Why Don’t You?’

Shoaib Rana is a diligent, zealous and committed singer-songwriter who has made a remarkable entry to the music scene with his debut song ‘Why Don’t You?’

“Let yourself evolve into an artist rather than force yourself "

Pakistani singer Shoaib Rana has dazzled audiences with his debut music video, ‘Why Don’t You?’ available on a number of digital platforms.

The Birmingham based artist is slowly but steadily making his mark in the music industry.

An engineer by day and singer-songwriter by night, Shoaib is a multi-talented individual with a thirst for success.

The Muscat born musician instantly has a slight edge over other artists, with his distinctive background and extraordinary life experiences.

Rana is following in the footsteps of many previous singers of Pakistani origin.

With Shoaib being a guitarist, fans will remember the late engineer turned singer Junaid Jamshed. The only difference with Shoaib is that he begins his career with an English track.

From performing in cramped, overcrowded venues to garnering over 10,000 views for his debut video within a week, he is swiftly catapulting his way to success.

DESIblitz.com had an exclusively intimate chat with Rana to discuss his motivations, trials and experiences as an independent artist in a fiercely competitive industry. 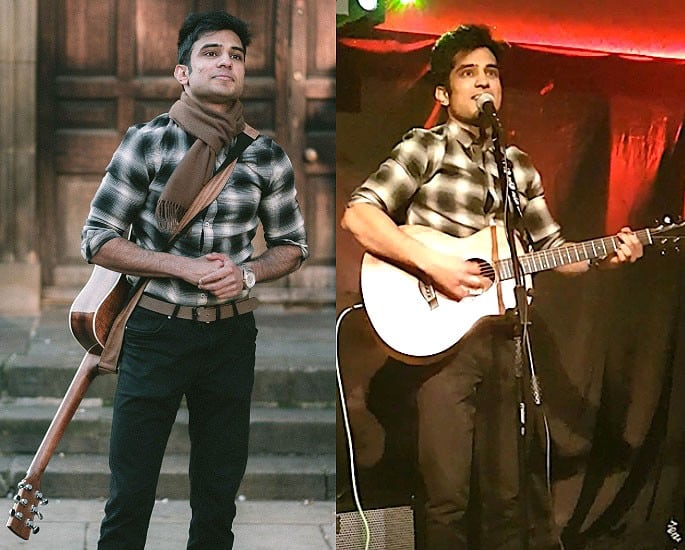 Growing up in a household where academia was prioritised, Shoaib’s musical aspirations were overlooked. Rana reveals:

“My brother’s passion for singing attracted me to music when I was around 13 or 14 years old.

“This is when I started to play the instruments we had in the house and I eventually found my love for guitar.

“Music was never encouraged in the house.”

Though he harboured an avid interest in music, the prospects of a musical career were not considered, driving him down the academic route.

Shoaib is a full-time engineer, having graduated from the University of Sheffield. He has a first-class honours degree in Mechanical Engineering.

Speaking about his initial shift from creativity to engineering, Rana told DESIblitz.com:

“Although I started exploring my creative side in my early teens, I feel by that time I was much further along in the path of discovering my ability to understand numbers and scientific concepts.

“Given my circumstances, engineering was the only natural choice I could make when I was thinking about going to university.”

His zeal for music remained hidden for an extensive period of time. He only revealed his desires once he felt “good enough to share it.”

After moving to university he naturally distanced himself from family and friends and was granted ample opportunity to discover his ambitions. Shedding light on this Shoaib mentions:

“With time I have found out that music is the only thing I feel I could do in my life without thinking of it as a ‘career’.”

It was during this period of his life where he identified a sensitive side to himself. 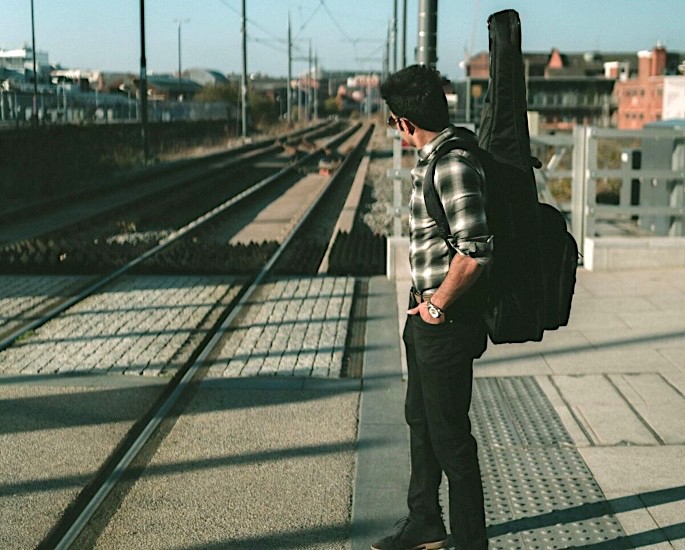 Highlighting how he had grasped the concept of expression through songwriting and music composition, Rana says:

“Although I still love my day job, I feel like evenings give me a sufficient time to also pursue a career as a musician.

“These evenings give me the opportunity to create something that I feel I will never be able to create through my day job. – a means to appeal to people directly on a personal level.

“However, some people in my family and friend circles still think that music should only be pursued to the extent of a hobby.

“Apart from a couple of friends and family members, I feel like I have not received a lot of support from anyone else.”

His unwavering dedication to music shone through as he began to display his musical abilities across wider platforms. Shoaib recalls:

“I was not aware of the platforms where I could perform and went street busking in Liverpool Lime Street Station.

“This is when I started writing songs again and the more I did, the better I got at it.

“Over the last couple of years, I have written songs that I like and would like the world to listen to them.

“I started performing LIVE again regularly at the start of 2018 at LIVE music venues.

“I also performed on a LIVE show on a South Birmingham radio station.”

Fluent in both Urdu and English, he also makes use of his bilingual abilities through music.

“I write in two languages and my language choice for a song depends on who inspired me to write it.” 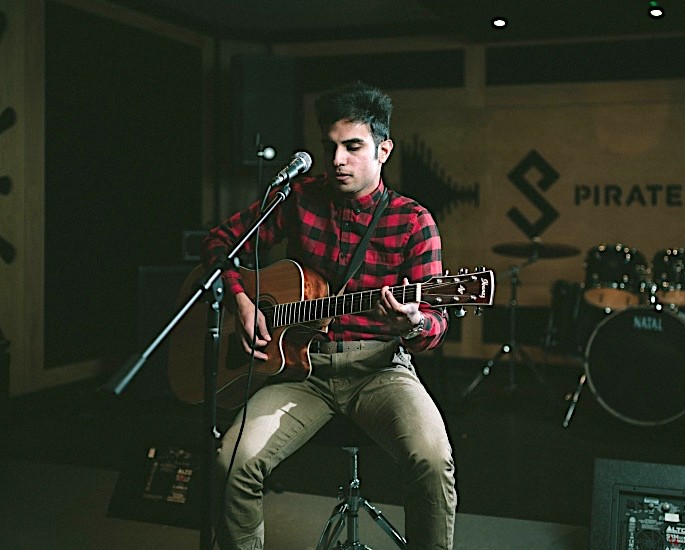 About Why Don’t You?

The fervent guitarist also spoke to us about the release of his debut song and music video, Why Don’t You? sharing the message behind the single.

The song delicately touches on themes of “unresolved feelings and the lasting effect of events in our life.”

He also narrates the steps and trials taken in order to reach his end goal.

“The hardest part of the process is writing the song and then recording it and musically directing it.

“I feel like songs should be honest and not be written for the sake of it.”

“I wrote part of this song when I was 19 years old and visited it again years later when I thought I had a meaningful ending.

“It took me some time to find one and once I did, it took me a few sessions to completely nail the first song.”

Watch the official video of Why Don’t You? here: 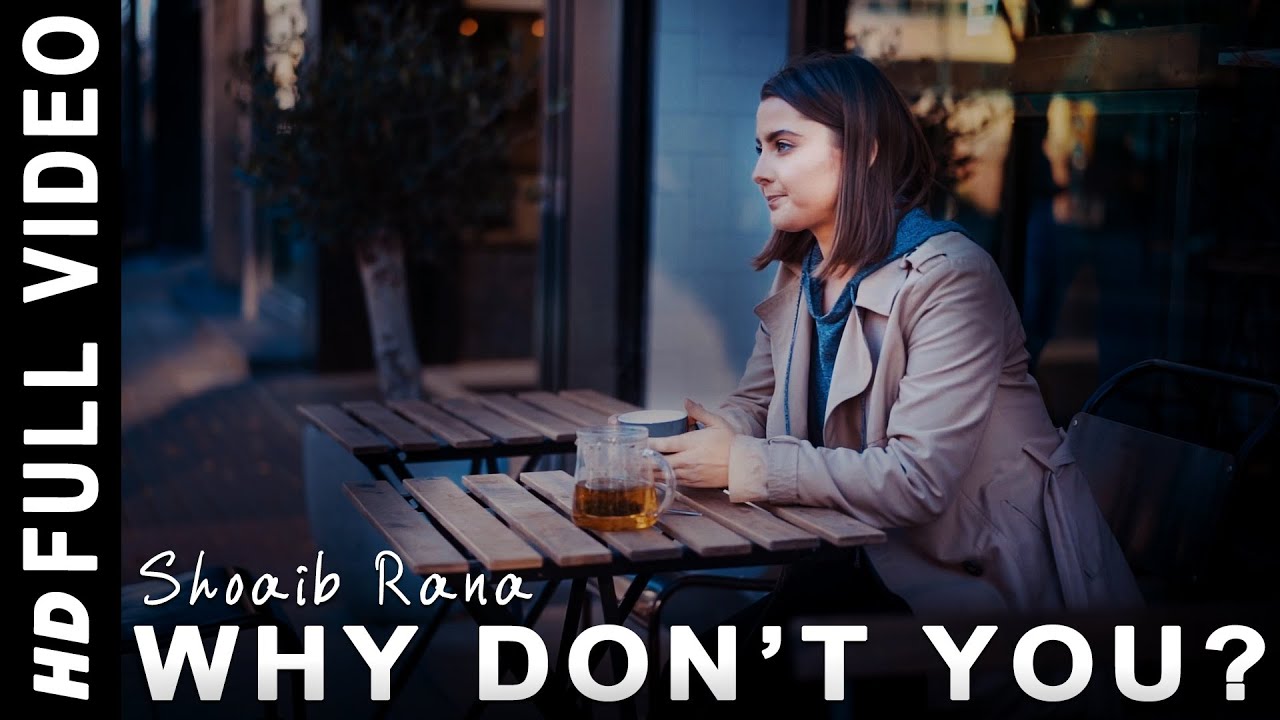 As a solo musician, Shoaib exposes that his path to gaining musical recognition became a reality without much support.

“As an independent artist, at the very start of your career, I feel like you need local musician contacts to help promote your material.

“This is to help you find gigs and just get other help from a musical perspective.”

The song shot in the city centre of Birmingham features Rana and a non-Asian female in the video. Rana is the vocalist, guitarist, composer and songwriter for this track.

The visuals are representing a contrast of past and present, reflecting on memories, love and pain.

While it is open to interpretation, the ending finishes with the two suddenly uniting again, giving a sense of relief or allowing them to reminisce about the past. 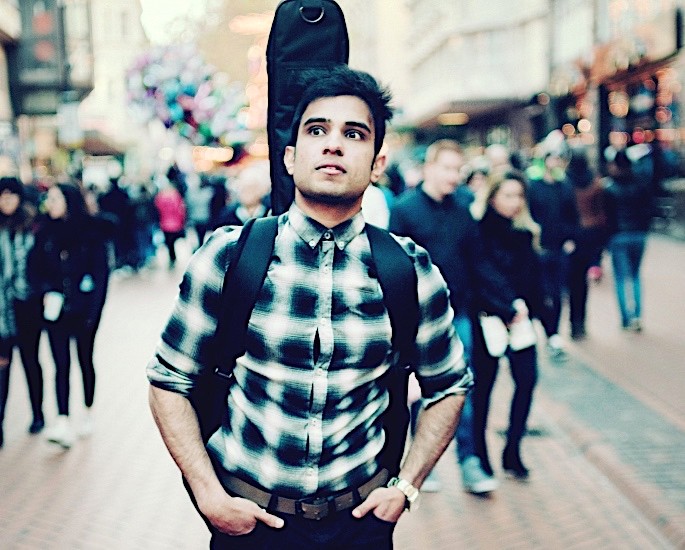 Being Pakistani in the Music Industry

The unique background of the savvy composer sets him apart from many other musicians. He uses this to his advantage both musically and personally:

“Being a Pakistani from Oman, my specific experiences are unique and distinctive.

“And I have been exposed to more international music than most people around me.”

However, he also astutely points out that as a South Asian in a Western-dominated industry, he may be at a disadvantage.

“I feel like people are not quite used to the prospect of people with Asian names being a big name in the music industry, especially in the genre I make my songs in.

“I feel like my work is the only way that will help me get over that barrier.” 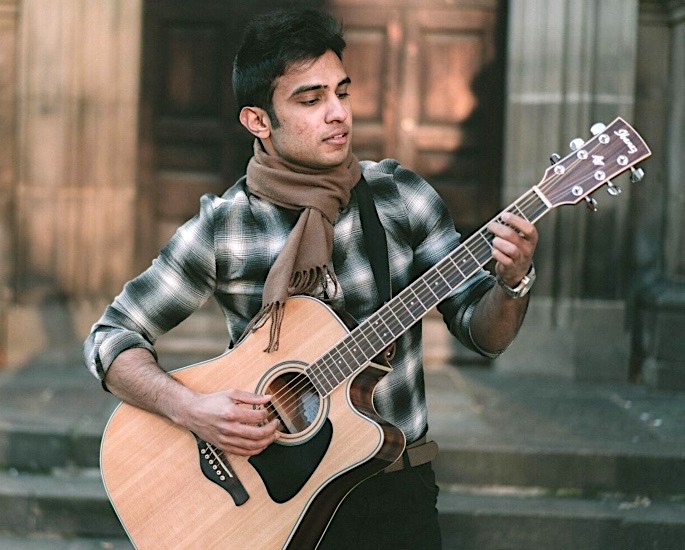 “Play for friends and family and just try and perform live for people through any platform you can find.

“Being surrounded by musical people will encourage you to get better at the craft.

“Learn a lot of covers, as these will help you get your first few gigs.

“Once you have made a name for yourself through playing these covers, release original music if you have some good ideas.

“Let yourself evolve into an artist rather than force yourself to become one.

“Surround yourself with the right people and try to follow a plan.”

With his undeniable musical talent and distinctive perspective on music, it will not be long before Shoaib Rana will be dominating the music scene.

His humble roots and ability to stay grounded will certainly have a part to play in his success.

Having released on December 8, 2018, ‘Why Don’t You?’ is available on YouTube, Spotify, Amazon Music and Apple Music.