"He was a wonderful man; good looking, well meaning, a friend of friends"

Jamshed, aged 52, had been travelling from Chitral on a PIA (Pakistan International Airlines) flight with his wife when it experienced engine problems en route to Islamabad.

All 42 passengers and five crew were killed. While plane crashes are not uncommon in Pakistan, the sudden news of this untimely incident shook the nation into mourning.

DESIblitz pays tribute to this icon of Pakistani music and youth culture.

Most Pakistanis will recognise Junaid Jamshed as the frontman of the uber popular Pakistani rock band, Vital Signs.

Formed in the late 1980s, the band is widely considered as one of the most successful pop bands Pakistan has ever seen. Its conception could not have come at a more decisive and significant time.

Following the death of President Zia-ul-Haq and his decade-long religious rule in 1988, Pakistan underwent a resurgence of freedom of expression.

With the government conservatism lifted, many performers, artists and musicians were able to emerge from the underground.

Taking influence from western genres of pop and rock, Vital Signs greatly appealed to the youth of the nation, who were in search of cultural liberation and a new avenue of identity and expression. 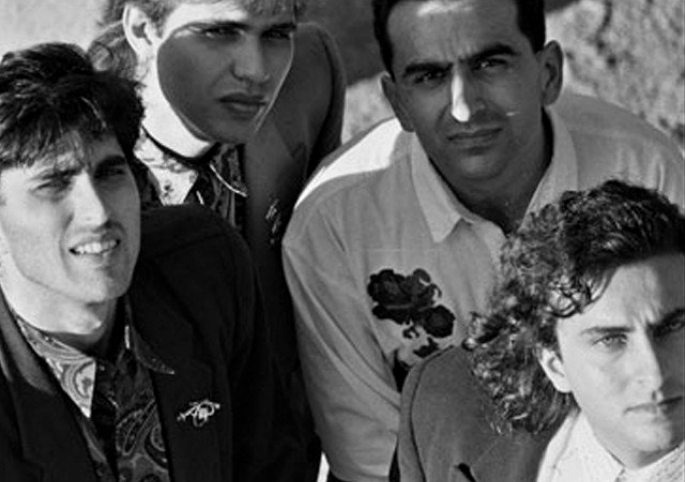 It was created Rohail Hyatt (Founder of Coke Studio) and bassist Shahzad Hasan. Vital Signs was formed in Pindi, at Rohail’s house. Jamshed was hired later as a lead singer while still studying engineering in Lahore.

Jamshed, who used to jam with other students outside of classes, was to follow the footsteps of his father and pursue aeronautical engineering when Hyatt approached him and encouraged him to join the band.

Vital Signs began performing at underground gigs in Islamabad and Lahore. Eventually, they were spotted and offered a record deal.

What followed was a string of hit singles and albums that spoke to the present generation. At the time, Pakistani music had been restricted to the film industry. The likes of Noor Jehan, Abida Parveen, Mehdi Hassan, and Nusrat Fateh Ali Khan, were considered legends of Pakistani folk and love songs.

Vital Signs offered something uniquely original. They were heavily influenced by western punk rock sounds and bands like Pink Floyd, Led Zeppelin and Duran Duran. But they made this sound their own, fusing western beats with eastern rhythms and a fierce patriotic flair.

The band is responsible for creating some of the most well-loved hits in Pakistani history, including the uplifting pop track, ‘Dil Dil Pakistan’, written by leading filmmaker and television producer Shoaib Mansoor.

Since its release, it has become the unofficial national anthem for Pakistan and is played across stadiums and public arenas to this day.

Rock music consequently boomed in Pakistan in the ‘90s and the youth were mesmerised by this effortlessly cool and good-looking band that donned western clothes but crooned unreservedly about their love for their homeland.

In short, Junaid was a pop pioneer and a youth icon.

Perhaps most significantly, it was not just the hearts of local Pakistanis that Junaid touched, but the young generations away from their homelands who now had a renewed sense of identity and connection to their native country.

“I grew up listening to Vital Signs with my brothers. We used to play their tapes on repeat. Even though we were born in the UK, we felt so connected to our culture and country. We felt so cool.”

Rehan adds: “When Junaid Jamshed and Vital Signs came onto the scene, I was blown away. I’d never heard Urdu poetry and rock guitars together, it was inspired.” 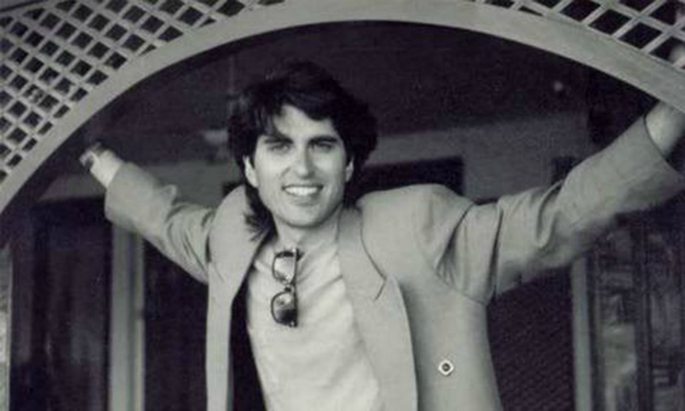 The track ‘Dil Dil Pakistan’ even came third in an international poll conducted by the BBC World Service.

Vital Signs enjoyed four hit albums together, but eventually differences between the members caused them to split in 1998. Jamshed decided to continue solo. His debut album, Junaid of Vital Signs was released in 1994 and followed with Us Rah Par in 1999.

The singer-songwriter enjoyed various successes with songs like ‘Us Rah Par’, ‘Na Tu Ayegi’, ‘Aankhon Ko Aankhon Ney’ and ‘O Sanama’. However, by the early 2000s, Jamshed was beginning to lose his passion for music and faced stiff competition from other popular bands that had since emerged like Junoon.

In 2004, Jamshed made the choice to renounce his music career and embrace Islam, becoming an active preacher, spiritual guide and missionary. He did, however, continue to release religious albums and nasheeds. 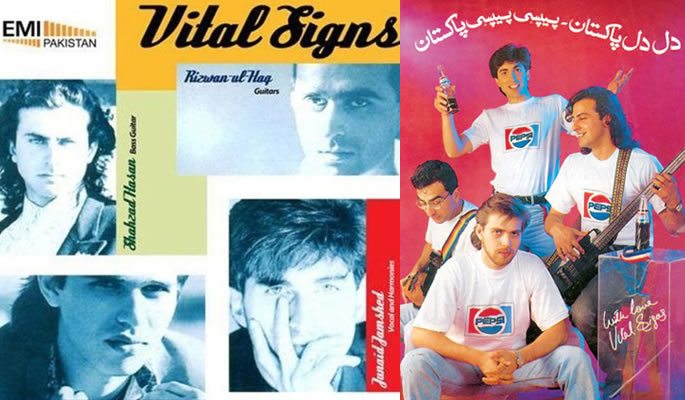 Around this time, Junaid Jamshed also founded a fashion line for men and women, called J., which sees stores all across Pakistan and even abroad.

Interestingly, a close friend of Junaid’s, Shoaib Mansoor, wrote and directed the 2007 film, Khuda Kay Liye. It is thought to be inspired by Jamshed’s life.

His influence over future generations of Pakistani musicians cannot be discounted. Many artists and bands cite Vital Signs and Junaid Jamshed as inspirations, including Atif Aslam, Abbas Ali Khan and Jal.

“Despite my being a singer for another band, we were very close and there was no jealousy between us. He was like an elder to us all and an example for our whole family.”

Since Junaid Jamshed’s unexpected death, tributes have been flowing in across the world.

Khan @JShk3 tweeted: “No recent death has shocked the senses in the same way as your untimely passing- u were all our teenage dreams & desires.”

Heart is bleeding for the lives lost, condolences to the family. We lose another icon.. this is just so so sad. #PK661 #JunaidJamshed

We have lost our Dil Dil Pakistan ?????#JunaidJamshed

RIP. My Condolences to the bereaved families of the PIA Flight crash. We lost an artist in Junaid Jamshed. May God Bless all! Ameen pic.twitter.com/1KkZgujiyk

It is clear that the country has lost a national icon who was and will always be remembered as the Jaan Jaan of Pakistan.