The Indian film industry has lost it’s stalwart actor and icon villain Pran. The legendary star featured in hit Bollywood films between the 40’s and 90’s and acted every role which defined itself.

Legendary actor Pran, known for his versatility and iconic roles as a villain, passed away at the age of 93 years on Friday 12th July 2013 at 8:30 p.m in Lilavati Hospital in Mumbai, India.

Pran whose real name was Pran Kishan Sikand, featured in over 400 Bollywood films and got known as an actor who has perfected his role as the villain. He was one of the highest paid actors in his Bollywood era even earning more than the heroes in some films.

Pran was born in British India Delhi on 12th February 1920 into a wealthy Punjabi family. His schooling was in various places including Dehradun, Kapurthala, Meerut due to the mobility of his father’s job and he had a special aptitude for maths. After completing his studies at Raza High School, in Rampur, he joined A. Das & Co. in Delhi as an apprentice to become a professional photographer. 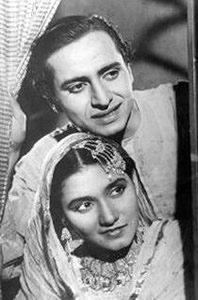 His first acting job was actually in theatre on stage in Shimla playing ‘Sita’ in a production of “Ramlila.” Prior to him embarking on a Bollywood acting career which spanned over four decades.

Learning photography, he moved to Lahore before the partition, where by chance he met the writer Wali Mohammad Wali, who worked for Dalsukh M. Pancholi, at a shop in Hira Mandi. This meeting led to Pran getting his first acting role in Pancholi’s Punjabi film Yamla Jat(1940). This film also featured the legendary Pakistani singer and actress Noor Jehan.

Pran’s first Hindi film was Pancholi’s Khandaan made in 1942, in which he played a romantic hero opposite Noor Jehan, who was 15 years younger than him. Subsequently, he was casted in 22 films between 1942–46 in Lahore and of them 18 got released by 1947.

In 1945, Pran married Shukla Ahluwalia. Then the partition between India and Pakistan in 1947 introduced a pause to his career which prompted him to move to Bombay (Mumbai) with his wife and first son Arvind. 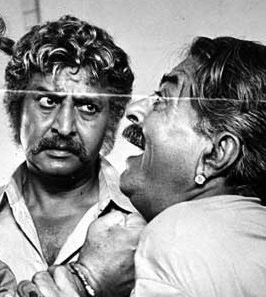 After some struggles and doing ad-hoc jobs in hotels, Pran came across the writer Saadat Hasan Manto and actor Shyam, which led to his first villain role in the Bombay Talkies’ film, Ziddi (1948) which also featured legendary Indian actor Dev Anand as the hero. Pran continued to prove himself with versatility in different roles but began to establish himself as a notorious film villain by 1950.

This villain focused actor became close friends with the legendary actor Ashok Kumar. They both acted in 27 films together between 1951-1987 and had 20 super-hit films.

In his personal life, Pran and his wife also had a second son Sunil and then a daughter called Pinky.

Pran was not just known for his acting. He was also the person behind helping others make it to the silver screen. It was Pran who recommended Amitabh Bachchan as the hero to director Prakash Mehra in Zanjeer (1973). 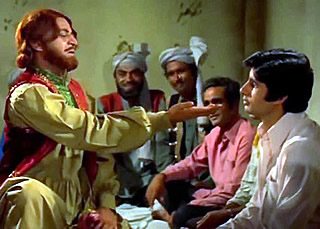 The role of Pran as a pathan called Sher Khan in Zanjeer was role the Pran says he very much enjoyed. Subsequently, Pran and Amitabh worked in 14 films.

In the 1990’s Pran’s health began to deteriorate and he began to reject film offers. But when Amitabh Bachchan requested Pran to act in his films Tere Mere Sapne (1996) and Mrityudaata (1997), Pran agreed. During the filming of both Mrituyudata and Tere Mere Sapne, Pran’s legs trembled, so he shot most of the scenes in a seated position. After 2000, he made very few guest appearances in films and subsequently stopped acting.

Pran received many awards including the Filmfare Best Supporting Actor Award for Upkar in 1967, the Filmfare Lifetime Achievement Award in 1997, ‘Villain of the Millennium’ Stardust Award in 2000, he appared in CNN’s Top 25 Asian actors of all time, the prestigious Padma Bhushan in 2001 as one of the most respected actors in Bollywood and in April 2013 he was bestowed the Dadasaheb Phalke Award for lifetime achievement.

Pran was a proclaimed self-critic and in an interview once said:

Tributes for the actor poured across the Twittersphere as news of Pran’s death broke out. 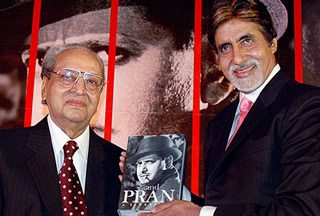 Amitabh Bachchan said: “Pran sahab passes away! A gentleman, most collaborative colleague, a senior of immense distinction, a true disciplined professional.Another magnificent pillar of the Film Industry, falls. Our illustrious edifice in ruins, as stalwart after stalwart leaves.”

Shahrukh Khan paid tribute to the legendary actor said: “Why do icons who shaped our lives and emotions have to go away?” and added: “You will, sir, remain etched in our hearts. Allah bless your soul Pran sahib.”

Priyanka Chopra who is working on the remake of Zanjeer said: “‘Zanjeer’! Will miss Sher Khan forever. RIP Pran sahib. Thank you for giving us such a legendary legacy. Loss of a legend. Prayers and condolences.”

Sridevi said: “Today we have lost a legend, a gem and an iconic actor. We will miss you. RIP Pran sahab.”

Dilip Kumar tweeted: “We had our Punjabi jokes, bringing back memories of the great times we shared as co-stars. He was a through gentleman.”

Sophie Choudry said: “End of an era. RIP Pran sahab. You will always be our Sher Khan”

Pran cemented himself as one of the most hated villains in Bollywood but most loved persons in real life. His acting and his professionalism in the industry made him stand out from the rest. A face and tremendous talent which will always be a huge contributory part of Indian cinema.

Amit enjoys creative challenges and uses writing as a tool for revelation. He has major interest in news, current affairs, trends and cinema. He likes the quote: "Nothing in fine print is ever good news."
Shahrukh Khan brings home baby AbRam
London Indian Film Festival 2013