Shahrukh Khan has finally spoken out about the recent surrogacy controversy surrounding his new-born son, AbRam. King Khan brought home the little bundle of joy who was born May 27, 2013.

"Our son is a surrogate baby and the entire process is bound by strict confidentiality."

Shahrukh Khan has brought home his newborn son named AbRam after weeks of speculation over surrogacy claims. Khan had been hit by continual throes of controversy, after it was thought that he had pre-determined the sex of the baby before he was born.

With sex determination such a delicate issue in India, following the high foeticide of females across the country, the very possibility of Khan being guilty had enraged a number of human rights groups.

The severity of the rumours had even instigated a legal inquiry into the pre-natal sex determination accusation, which is illegal in India. However, King Khan finally quashed all rumours and allegations once his son had finally been brought home. 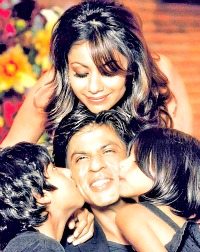 He released a statement to the press where he opened up about the recent controversy saying: “Amidst all the noise that has been going around, the sweetest is the one made by our new-born baby, AbRam.”

Shahrukh explained, that baby AbRam, who had been born prematurely by several months had been suffering prolonged health issues:

“As a family our silence on this subject has been because of the personal nature of emotional strife that we have been going through due to his health,” Shahrukh added.

Baby AbRam was prematurely born on May 27, 2013 at Masrani Hospital, Andheri, Mumbai. He was then taken to Nanavati Hospital, Juhu, and then later to Breach Candy Hospital, where he remained for the next few months.

“We wish to make a special mention and thank Dr. Jatin Shah for his expertise and contribution. We also wish to thank all the other doctors, nurses and medical staff who have made his life possible. As trying were the times, we never lost hope that life always brings with it,” Shahrukh said.

Shahrukh went on in more detail as regards to the media outburst that he and his family had faced over the last few weeks:

“Just to put the record straight there was no sex determination for our child. The baby was born much before the speculations of ‘sex determination’ and other ‘issues’ pertaining to the same were being raised in the media by some organisations.” 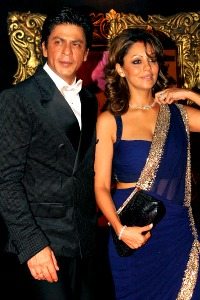 Baby AbRam was born before the sex-determination scandal had broken. Shahrukh is now adamant that all the legal proceedings and cases that were made against his alleged misconduct will now be dropped completely.

The source of the claims had led The National Inspection and Monitoring Committee in India to file a legal case against the star and his doctor, accusing them both of malpractice.

Sex determination of an unborn foetus is a serious crime in India, where it is estimated that 500,000 female foetuses are aborted each year due to cultural preferences. It seems however that Shahrukh and his family are completely innocent of all the allegations made against them:

“We also apologise to all those other doctors and hospitals who had to face unwanted scrutiny and questioning by some parties,” Shahrukh went on to add.

Municipal Commissioner, Manisha Mhaiskar said: “We feel there is prima facie no case, but we are sending a report to the state government.”

It is thought that the civic board had received Shahrukh’s response prior to his public statement: 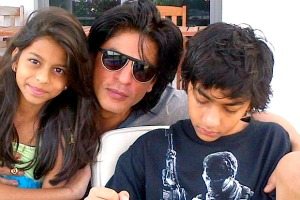 “The reply from Khan’s secretary is elaborate and enumerates every detail of the surrogate child. The report assertively states that there has no violation of the Pre-Conception Pre-Natal Diagnostic Technique (PCPNDT) Act,” Mhaiskar added.

Shahrukh is now hopeful that the controversies can now be laid to rest:

“Our son is a surrogate baby and the entire process is bound by strict confidentiality. We would appeal to all, to allow us to cherish this private moment as a family,” he said.

Baby AbRam is now confirmed to have been born via a surrogate mother to Shahrukh and his wife Gauri. The couple who have been married for almost 22 years already have two teenage children, Aryan (16) and Suhana (13).

Shahrukh also hinted a sense of disappointment towards the media and public, when he said:

“It seems unfortunate that I have to explain/clarify so many aspects for our new-born baby. Wish it were just a simple message of happiness on behalf of the family.” 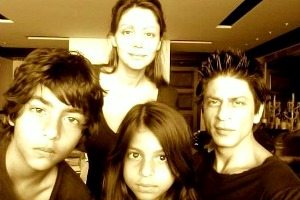 But that has not stopped the wave of well-wishers from the Bollywood circle pouring in. Best friend and director, Karan Johar insisted: “AbRam is the most beautiful child I have seen.”

Junior Bachchan, Abhishek, also tweeted Shahrukh and Gauri: “Many many congratulations to @iamsrk and Gauri for the arrival of little AbRam. Lots and lots of love.”

Shobhaa De added: “Welcome to the world AbRam! I love the significance and symbolism of the name. Congratulations, parents!”

With all the controversies now behind him, Shahrukh, who has never been discreet about his love of children, is clearly ecstatic over the new born addition to his perfect family. And if his ‘India’s Most Popular Father’ title is anything to go by, then baby AbRam is sure to be the luckiest son in the world!

Aisha is an editor and a creative writer. Her passions include music, theatre, art and reading. Her motto is “Life is too short, so eat dessert first!”
Farhan Akthar in Bhaag Milkha Bhaag
Bollywood loses iconic villain Pran