A helpless woman from Mumbai who was brutally raped and then horrifically tortured, has lost her life. Resulting in shockwaves across the city.

"the case is fast-tracked to bring the accused to justice"

The city of Mumbai in India has been sent into shock after the death of an Indian woman who was horrifically raped and tortured.

The case is bringing back memories of the terrible Nirbhaya incident of 2012 in Delhi that received worldwide attention.

It’s revealed the woman, in this case, who was homeless, was brutally raped and tortured with an iron rod inserted into her private parts.

It’s reported that perpetrators also attacked the woman with a knife after raping her.

The victim, aged 34, was found lying unconscious in a pool of her own blood in the Saki Naka area of Mumbai.

It is believed that the rape took place in a white truck parked on Khairani Road and she was abandoned nearby after her ordeal.

Authorities had been waiting for her to regain consciousness in order to establish the full circumstances surrounding the incident.

However, Sakinaka Police confirmed that a local man, named Mohan Chavan, who is 45 years old, has been arrested in connection with the rape as one of the perpetrators.

The suspect, who is married with two children and originally comes from Jaunpur in Uttar Pradesh, is thought to be a driver by profession. 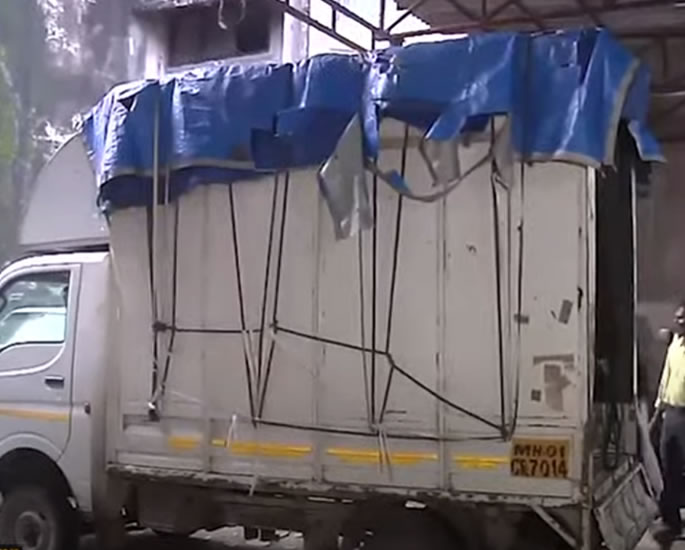 The truck owned by the accused was seized by police and traces of blood were found at the back of the vehicle inside.

It is believed that he came to Mumbai 25-years-ago and has a history of addiction and criminality.

Chavan is currently being interrogated but has not yet confessed or been charged with the crime.

Authorities have also said that he will potentially be charged with murder as well as with rape and unnatural offences.

Reactions to the demise of the victim have resulted in outrage on social media. On Twitter, Indian users expressed their anger and concern.

#MumbaiRape This is so heart wrenching
What we have achieved after Nirbhaya case is 2012, 9 years later same things happened with another sister. I’m very heartbroken

Sakinaka alleged rape victim succumbs to her injuries-rapist had inserted rod in her private parts like Nirbhaya case in Delhi.
Why are such criminals alive- they are a threat to our own daughters- I strongly feel these demons should be executed in public !#MumbaiRape #sakinaka

Yet another woman dies after being tortured and raped… And these crimes become only more atrocious, barbaric and heinous. Today I’m not even angry, just numb. What’s the solution? Should we make peace with the fact that till there are humans,there will be inhumanity? #mumbairape

The police are also looking at CCTV footage and questioning potential witnesses in the area which could help with their enquiries.

The case will be fast-tracked and the accused is going to be held in police custody until September 21, 2021.

The National Commission for Women (NCW) has said it has taken suo moto cognisance of the rape and will begin an investigation into it.

Chairperson Rekha Sharma added in a tweet on Saturday, September 11, 2021, that the NCW will also extend assistance to the victim’s family.

She said: “It’s sad to know that the victim of #mumbai brutal rape has lost the battle. Police has failed to arrest the accused.

“@NCWIndia has taken up suo motu and would like to urge @CPMumbaiPolice to immediately arrest all the culprits and extend all the assistance to family.”

Sharma has also written to Maharashtra’s Director General of Police (DGP) “to immediately intervene in the matter and to file an FIR.”

Maharashtra minister Nawab Malik said: “We will make sure that the charge sheet is filed within a given frame of time and the case is fast-tracked to bring the accused to justice.”

The woman is survived by her two young daughters.

Naina is a journalist interested in Scottish Asian news. She enjoys reading, karate and independent cinema. Her motto is "Live like others don't so you can live like others won't."
Indian Man sends Sex Toys to Student after being Rejected
Saragarhi Monument honouring brave Sikh Soldiers unveiled