Pakistani Bride “assaulted and tortured” in Kashmir for 9 Years

A Pakistani bride has spoken out about her allegedly abusive marriage to a man from Kashmir. She claims she was treated no better than a maid.

"I was no better than a maid. The abuse started very early,"

A Pakistani bride has claimed that she was “assaulted and tortured” since her marriage began in July 2009.

The bride, Mehnaz Siddiqui, left Karachi in Pakistan to marry the Kashmir man Abdullah Danish Shervani. The two had met on the social networking site, Orkut.

At just 25 years old, it soon became clear to Mehanz that this was not the marriage she had hoped for. Mehnaz claims that from the very beginning of her marriage she was treated poorly by Shervani and his family.

According to the Kashmir Reader, Mehnaz said that she was treated like a maid in the early days of her marriage. She said:

“I was completely new to the society and culture in Kashmir, almost like an empty slate. But he (Shervani) and his family instead of guiding me started picking faults with everything I did, or not did.

“They did not welcome me as a bride either. I was no better than a maid. The abuse started very early, but I wanted things to work smooth between us because I loved him. I did not want to go back to my family in Karachi.”

As Shervani’s family could not accept Mehnaz, the couple were forced to rent a house in Rajbagh and later in Qamarwari. Mehnaz even claims that in her attempts to turn the rented house into a home, she had to sell her gold.

It seems that Mehnaz and Shervani were never accepted by Shervani’s family. Even after the birth of their two children.

Addressing her the reaction of her husband’s family to her daughter’s birth, Siddiqui said:

“When my daughter was born, it upset Shervani’s family. They called us home, fearing that society would badmouth them. At their residence, my condition became more pitiable.

“No one cared for me or even spoke to me. Rather than showing any compassion, I would constantly be at the receiving end of slurs from his parents. His family never made any efforts to reach out to me.”

Work as a Refuge

Feeling evidently isolated and disliked in her own home, Mehnaz sought the refuge of outside work in an attempt to get out the family house.

However, she claims that Shervani told her that as she was a Pakistani national she would not be able to open a bank account. As a result, he took all of her salary.

Once Shervani landed a job at Kashmir University as a liaison officer, the couple were able to afford their own place. Now that the couple had their own home, Mehnaz hoped her situation would improve.

She was sadly wrong. With the privacy that owning their own home afforded them, Shervani began to beat Mehnaz. She said:

“He would beat me regularly and even lock me inside the house.”

She claimed that the torture continued and her own children saw it. Mehnaz added that Shervani would go behind her back and send false information about his wife to the MHA in order to stop her from obtaining a visa. 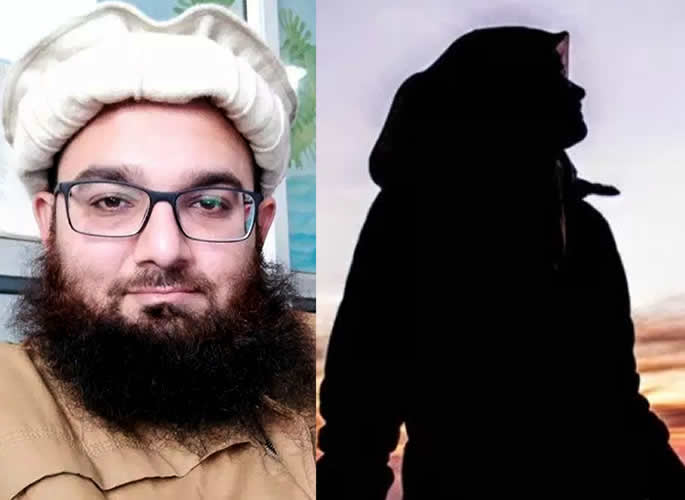 In December 2013, Mehnaz gave birth to her third child. The child, unfortunately, died after suffering from multiple health complications. Speaking about her pregnancy with her third child, Mehnaz blames Shervani for his health issues. She said:

“He never took me to a gynaecologist for check-up or ultrasound. Due to his tortures and negligence, the baby was born with clubbed hands and feet, kidney problems, liver problems, paralysed large intestine and collapsed lungs.

“He had surgery of his intestine in SKIMS. He was on a ventilator and fighting for his life for almost a month. Finally, he died on January 25,”

After such an ordeal, Shervani and his family’s alleged treatment of Mehnaz got progressively even worse. After the baby died, Mehnaz says Shervani’s mother accused her of being a drug addict and said she was responsible.

She was also not allowed to attend the funeral and was then abused by Shervani in his car. She said:

“He forced me out of his car at the Nigeen bridge and said I was free to commit suicide. My wounds from surgery had still not healed when he hit me hard with his car and left me in the middle of the road to die.”

It is claimed that Shervani divorced his wife soon after beating her and moving to his parent’s home. His reason for divorce was based on verbal talaq, which according to Mehnaz has no legal validity. Mehnaz said:

“Shervani says he divorced me in September 2017 but I didn’t receive or sign any legal document.”

On February 1st 2018, because of the domestic violence and constant abuse, Mehnaz filed an FIR against Shervani. Speaking about how Shervani reacted to the FIR, Mehnaz said:

“This agitated Shervani so much that he started contacting my family in Pakistan and told them to call me back. He would regularly call my mother and threaten her.”

Siddiqui added that she also had to file a petition against her husband in order for him to pay maintenance fees for their children. She continued:

“By February, I had no money left and had to manage by borrowing money from acquaintances, money I am yet to pay back.”

Now that Mehnaz has a restraining order against Shervani, she still faces issues with where she and her children can legally live.

It’s clear that Mehnaz is scared for both herself and her children, as she added “my life is at stake,” to her account to the Kashmir Reader.

After such a horrific ordeal of alleged abuse, it is quite astounding that nine years after it all began, Mehnaz is still alive to tell her story.

Mehnaz’s story shows that marriage life is not always what we think it will be. In some cases, it can turn out to be quite a horror story.

The video report shows Mehnaz talking about her abusive ordeal. 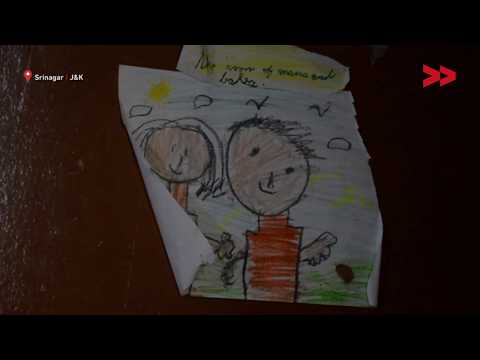