Punjab’s most wanted gangster, Dilpreet Singh ‘Baba’, known for shooting a Punjabi singer, has been caught by police after a shootout in Chandigarh

police retaliated firing back at the gangster

Punjab’s most wanted gangster Dilpreet Singh ‘Baba’ was arrested by Chandigarh Police on Monday, July 9, 2018, after a shootout.

The notorious gangster who is accused of several killings and making extortion demands on Punjabi singers and actors was nabbed by police after a gun-fire encounter near a bus stand on Sector 43 in Chandigarh, Punjab, India.

Dilpreet is accused of shooting famous Punjabi singer, Parmish Verma, in Mohali, on 14 April 2018, when the artist was on his way back from a show at a club in Elante Mall, in Chandigarh.

To boast about the shooting of the singer, Dilpreet Singh ‘Baba’ went on social media to declare it was him.

Dilpreet is also connected with the murder of a Satnam Singh in April 2017, who was a sarpanch of Khurda village in Garhdiwala, Hoshiarpur, outside a gurdwara in Sector 38, Chandigarh.

‘Baba’ has been known to shoot many of his victims in their legs, possibly with the intent to terrify them. 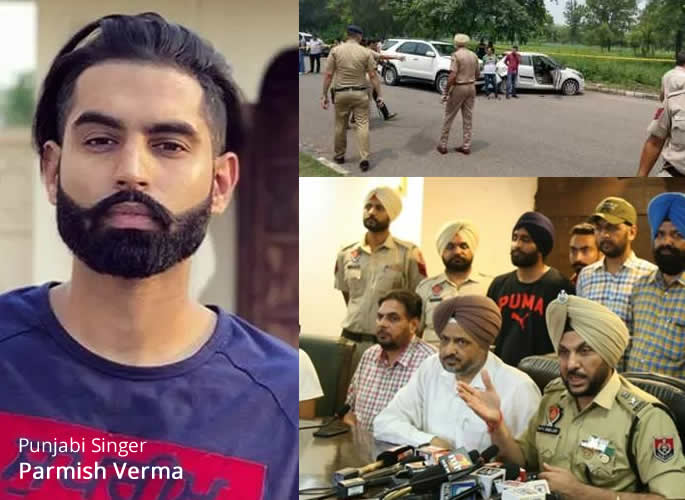 The known gangster had also allegedly threatened Punjabi actor and singer Gippy Grewal in June 2018, demanding extortion money from him.

The arrest of the gangster was the result of a joint police operation with officers from Punjab Police’s Intelligence Wing and the Chandigarh Crime Branch. They were assisted by Mohali police and Jalandhar Rural Police.

Around 12.30pm on the Monday of his arrest, police received secret intelligence that Dilpreet had been seen in Chandigargh, near sector 43, driving in a white Swift car with the registration plate HR 04G 0834.

After the tip-off, Punjab’s Police engaged the Chandigarh Crime Branch to assist with the capture of Dilpreet.

Head of the Chandigarh Crime Branch team, Amanjot Singh was in charge of the team along with Mohali police officers from the other side.

When they approached at the rear of the Sector 43 bus stand road, Dilpreet tried to escape and opened fire at the police, including two shots at inspector Amanjot Singh.

The police retaliated firing back at the gangster, shooting him near his thighs. Then suddenly as Dilpreet attempted to flee in his car, Amanjot Singh drove his SUV into the gangster’s car and stopped him.

Dilpreet was then arrested by the police and they seized a pistol and impounded the Swift car.

The gangster from Dhahan village in Punjab’s Rupnagar district was taken to the medical facility PGIMER Chandigarh for his gunshot wounds, under strict police supervision. 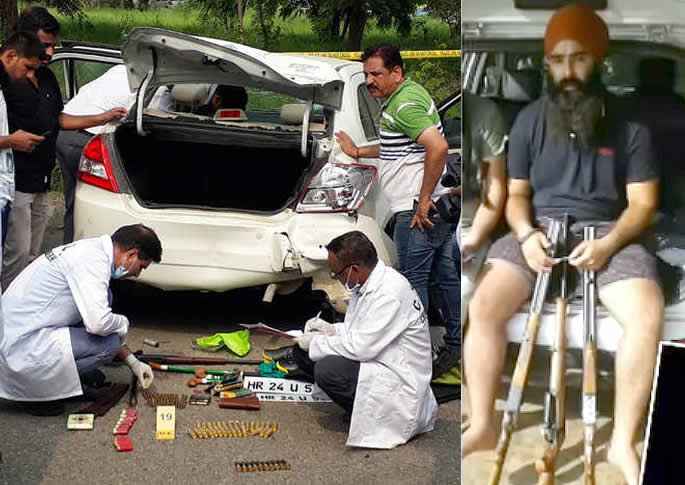 Listed as a category ‘A’ gangster, Dilpreet is among the most-wanted gangsters of Punjab and connected with over 30 criminal cases. These include three murders and nine attempts to murder cases, in several states, including Punjab, Haryana and Maharashtra, and Union Territory Chandigarh.

He is part of a Punjab gang who are known and sought-after criminals in Punjab. The others in the gang include Rinda, Harjinder Singh aka Akash, and Manjit Singh aka Bobby.

A full police investigation will now follow into the accusations and many cases against Dilpreet Singh ‘Baba’ including the Parmish Verma shooting and the extortion demands on Punjabi artists and actors.

Amit enjoys creative challenges and uses writing as a tool for revelation. He has major interest in news, current affairs, trends and cinema. He likes the quote: "Nothing in fine print is ever good news."
3 Real Indian Brides that Eloped on their Wedding Day
Pakistani Bride “assaulted and tortured” in Kashmir for 9 Years