A notorious gangster named Billa Mandiala has been arrested in the Indian state of Punjab. The gangster was among the police’s ‘most wanted’.

"one of the biggest caches of highly sophisticated weapons"

As well as the arrests, police seized a large consignment of weapons which are believed to have been smuggled from Pakistan. They also seized cash.

Mandiala allegedly had links with the reportedly deceased Pakistan-based KLF chief Harmeet Singh as well as Germany-based ‘Bagga’ of the KZF.

Punjab DGP Dinkar Gupta issued a statement which said that the arrests were made in a joint operation on May 7, 2020. 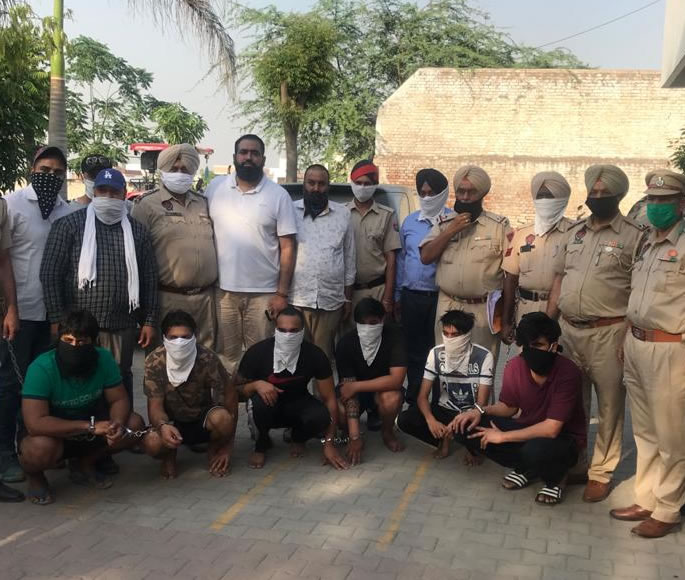 Mandiala was wanted in connection with more than 18 criminal cases. This included murder, attempted murder and weapons and drug smuggling.

The suspects have been kept separately as they are being tested for Coronavirus.

DGP Gupta called the seizure “one of the biggest caches of highly sophisticated weapons from a criminal gang”.

It is believed that the weapons came across the India-Pakistan border in multiple shipments. The police are also investigating the role of militants in the supply of illegal weapons.

A police spokesperson said that three vehicles, as well as bogus documents, were also seized.

The police suspect that a consignment of AK-47 rifles that were smuggled into the Mamdot area of Firozpur on September 24, 2019, was also meant for Mandiala’s gang.

DGP Gupta explained that Gurmeet Chohan had received a tip-off that Billa Mandiala and his associates were taking shelter in Kapurthala with a large consignment of weapons.

Police teams laid siege around the Dadwindi and Mothanwala area of Sultanpur Lodhi police station and made the arrests. 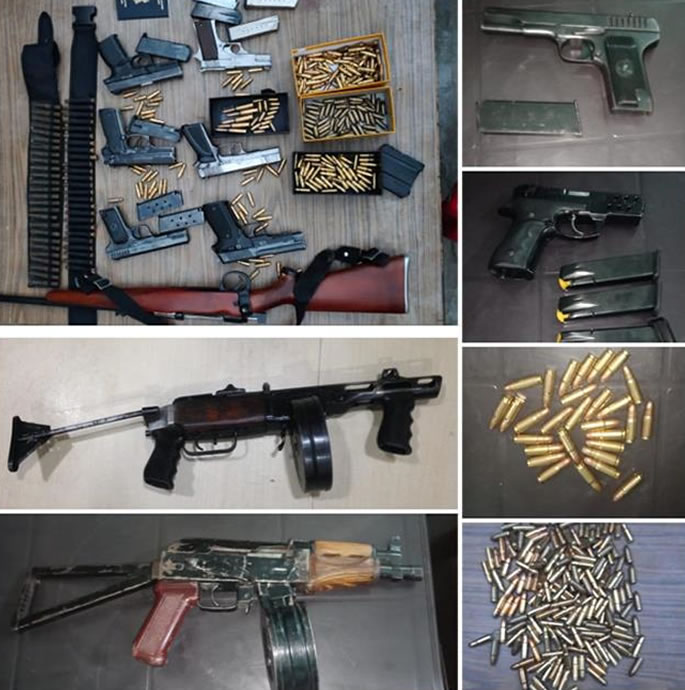 A case has been registered under various sections of the Indian Penal Code.

According to the police, Mandiala had revealed that he was in contact with various Pakistan-based weapons and drugs smugglers.

He had received several consignments from two smugglers known as Mirza and Ahmdeen.

Mirza was allegedly working as a courier on the India-Pakistan border for operatives of the Khalistan Liberation Force based in Pakistan and India.

Previously, they had pushed many weapon consignments into India.

Billa Mandiala also revealed that he was in touch with gangster Gurpreet Singh Sekhon, who is currently lodged in Patiala Jail.

Dhiren is a journalism graduate with a passion for gaming, watching films and sports. He also enjoys cooking from time to time. His motto is to “Live life one day at a time.”
Fugitive Zahid Khan slams People Flouting UK Lockdown
Indian Woman kills Man by Crushing him with Tractor