Zeesan, Bangladesh’s most wanted criminal, has been arrested in Dubai. The fugitive had been on the run for several years.

"they had him under surveillance."

Bangladesh’s most wanted criminal Zeesan has been arrested in Dubai. He has managed to evade arrest by using different names such as Zeesan Ahmed and Ali Akbar Chowdhury.

Bangladesh Police have begun the extradition process in order to bring him back to the country.

Zeesan has been one of Bangladesh’s most notorious criminals due to committing various crimes including extortion and the murder of policemen.

The arrest of Zeesan in Dubai came to light on November 20, 2019. Interpol has said he has been charged with murder and possession of explosives.

AIG Rahman explained that officers are working to bring Zeesan back to Bangladesh.

Zeesan first came to the attention of police in 2003 when he was accused of murdering two officers from the Detective Branch at a hotel in Malibagh.

He remained on the run in the country until 2007 when he fled to India. Zeesan later went to Dubai.

Reportedly, Zeesan has been operating criminal activities from Dubai.

The Home Ministry listed Zeesan as one of the 23 most wanted criminals in the country. A bounty had even been put on his head.

Bangladesh Police and Interpol issued a red notice against him. 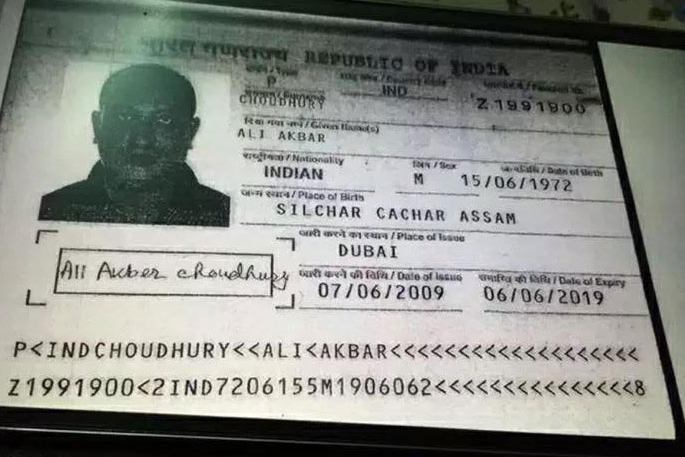 AIG Mohiul Islam explained that police have been trying to arrest him for over fifteen years. He said:

“We have been in touch with NCB Interpol Dubai for the last two-three months, and they had him under surveillance.

“Dubai Interpol notified Bangladesh that Zeesan had an Indian passport with his name as Ali Akbar Chowdhury, from Malugarh in Silchar of Assam.

“He also had a passport for the Dominican Republic.

“Interpol had asked for some documents on him from us, and they arrested him after we provided them.”

In relation to the possibility of extradition, the Interpol departments within different countries work together to determine the locations of wanted criminals. But it is only if a member country issues a request to the organisation.

However, due to the lack of extradition treaties with other countries, Bangladesh has been unsuccessful in bringing back wanted criminals.

According to police, an extradition agreement with the United Arab Emirates currently does not exist.

While extraditing Zeesan directly to Bangladesh seems difficult, it is possible that he is taken to India first as he holds an Indian passport.

Zeesan could then be brought to Bangladesh under the prisoner exchange treaty with India.

Police believe that they can bring Bangladesh’s most wanted criminal back to the country due to the information provided, which led to his arrest.

However, they added that the chances are quite slim.

To ensure a smooth extradition process, there has been regular contact with Interpol.

On July 26, 2019, three associates of Zeesan were arrested in possession of firearms. They were identified as Khan Mohammad Foysal, Ziaul Abedin and Zahid Abedin Rubel.

It was revealed that Zeesan had ordered the three men to murder the influential GK Shamim. He was arrested during October 2019 in connection with an illegal casino operation in Bangladesh.

Zeesan also has links to illegal casino kingpins Ismail Chowdhury Samrat and Khaled Bhuiyan, both of which remain in police custody.

According to Dhaka Tribune, Shamim, Bhuiyan and Samrat met with Zeesan in Singapore in June 2019. Since then, the relationship between Zeesan and Shamim declined, which may have led to Zeesan ordering the attempted killing.

Dhiren is a journalism graduate with a passion for gaming, watching films and sports. He also enjoys cooking from time to time. His motto is to “Live life one day at a time.”
Indian Harasser of Girl stripped Naked & Forced on Bike
Pakistani Man Strangled Pregnant Wife & Buried Her in Garden