An Indian man harassed a young woman in Amritsar, Punjab. The harasser was beaten, stripped naked and forced to leave the area on a bike.

the man travelled to Chatiwind and followed the woman

An Indian man was beaten by a mob for harassing a young woman. The harasser was grabbed by the crowd before he was assaulted and stripped naked.

He was later forced onto his motorbike and told to leave while still without any clothes on. The incident happened in the city of Amritsar, Punjab, India.

It was reported that the young man used to follow the young woman wherever she went.

The mob tore off his clothes, leaving him completely naked apart from the shoes he had on.

Throughout the assault, one person filmed the incident and shared it online.

While neither the mob or the harasser filed a complaint, the police registered a case and have stated that action will be taken.

Police officers explained that the assault took place in the village of Chatiwind. 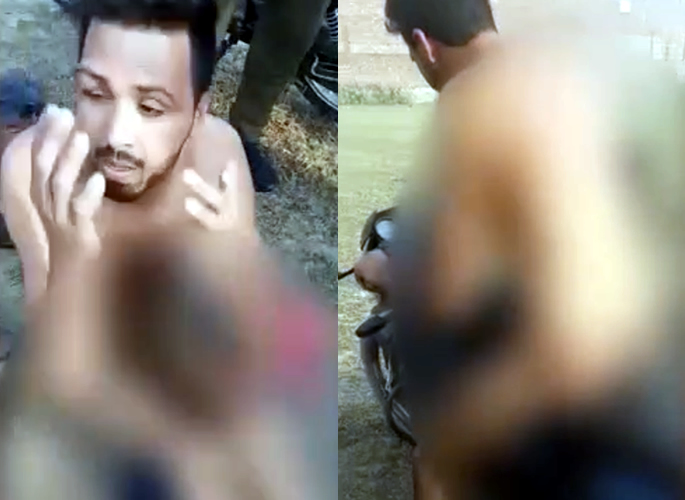 Officers have said that the young man was from a different village and was attracted to the young woman. He would travel to her home village where he would follow her.

On Tuesday, November 19, 2019, the man travelled to Chatiwind and followed the woman on his motorbike.

When he rode closer to her, he threw a piece of paper at her which had his mobile number.

However, several of the woman’s family members had been nearby and saw what the young man was doing.

They immediately surrounded the man, grabbed him from his bike and brutally beat him.

The violent assault left the man with several bruises including swelling around his eye.

The mob then dragged the harasser to a field where they continued assaulting him despite his pleas for them to stop.

He had his clothes torn off before he was forced back onto his bike. He was told him to leave the area. The man rode off completely naked.

A member of the mob filmed the incident to expose the man for his harassment. One person had grabbed the man by his hair and clearly showed his face to the camera. They later shared the video.

Although the matter was not reported, the video came to the attention of the police.

SSP Vikram Duggal explained that the matter will be thoroughly investigated and further action will be taken based on what they saw from the video.

Dhiren is a journalism graduate with a passion for gaming, watching films and sports. He also enjoys cooking from time to time. His motto is to “Live life one day at a time.”
Indian Girl’s Side paid Rs 8 Lakh Dowry but No Groom Came
Bangladesh’s Most Wanted Criminal arrested in Dubai