Pepsi Battle of the Bands 2017 Final ~ Badnaam vs Kashmir

DESIblitz takes you to the Pepsi Battle of the Bands 2017 Final as two bands, Badnam and Kashmir, battle it out in a nail biting contest to win.

Pepsi Battle of the Bands is a great opportunity for rising artists in Pakistan.

Offering young musicians and bands a platform in which to showcase their original work, the show has produced tremendous talent in the past.

First airing in 2002, the show gave rise to the well-loved rock bands we know today, such as Aaroh, E.P. and Mekaal Hasan Band. After a considerable hiatus, the competition is back for 2017, with an even greater selection of raw musical talent.

The show’s return to our TV screens could not be more timely. For more than 10 years, the Pakistani music industry has been in an awful state of continual flux. Nescafé Basement and Coke Studio are the only rays of hope for emerging musicians, and the underground music scene is rapidly fading.

The arrival of Pepsi Battle of the Bands provides a live stage to those musicians who have been battling hard for survival in the Pakistani music industry.

Farooq Ahmed of Aaroh, who won the first Pepsi Battle of the Bands Final in 2002 also judged the audition process. 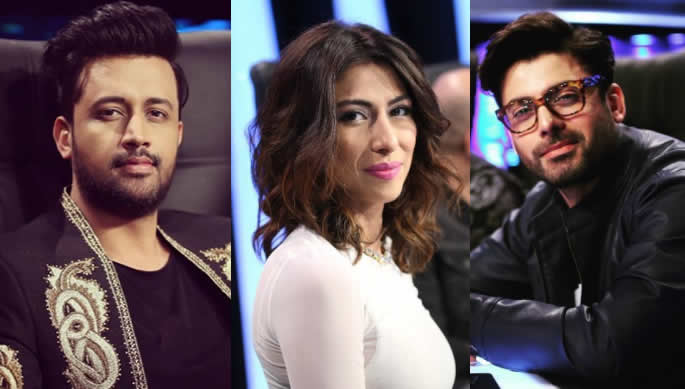 Together, these musical heavyweights serve as a reminder of how great Pakistani music can be when given a free reign. Even Fawad, who is better known for his acting abilities these days, rekindles his music passion on the show.

They have combined to be an immensely famous jury. In each episode, a guest celebrity has also joined the contestants to do a song on the stage. This has boosted their confidence, taking the show to a great level.

Unsurprisingly, this season has welcomed a very intense contest. And each of the competing bands has burned the midnight oil to earn themselves a name.

The Top 8, hand-picked during the audition process have now been whittled down to the Final Two. Kashmir and Badnaam have fit the bill for the Pepsi Battle of the Bands Final, and viewers are eager to know who the eventual champions will be.

Listen to some of Badnaam and Kashmir’s best songs so far: 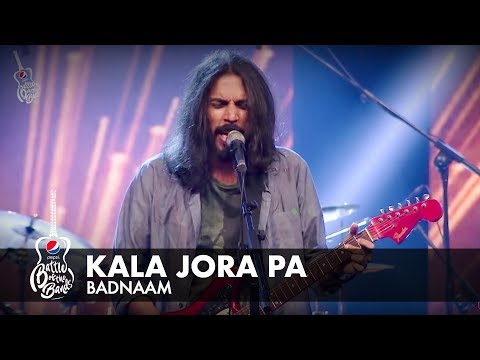 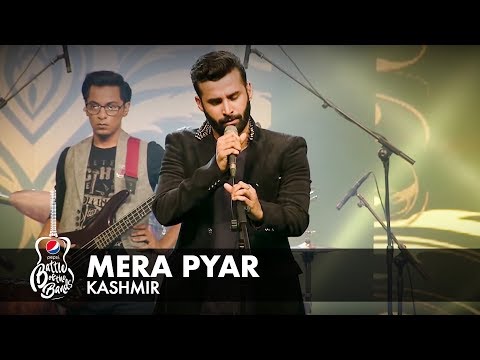 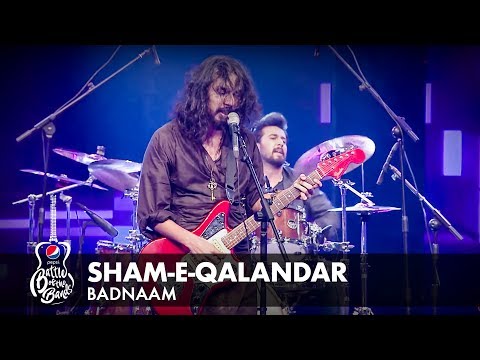 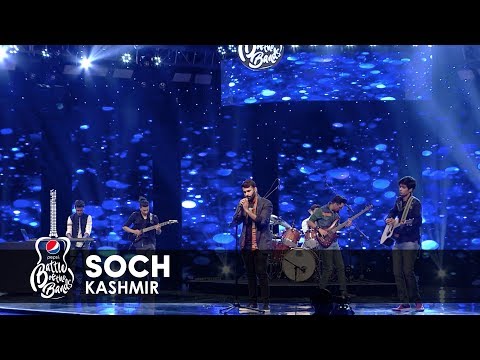 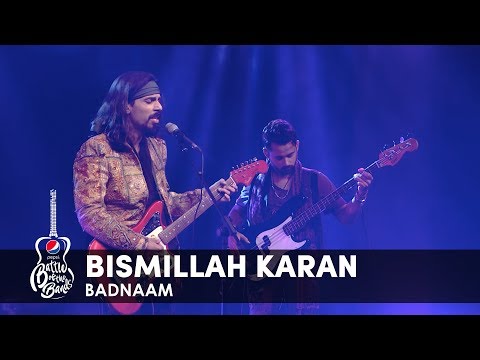 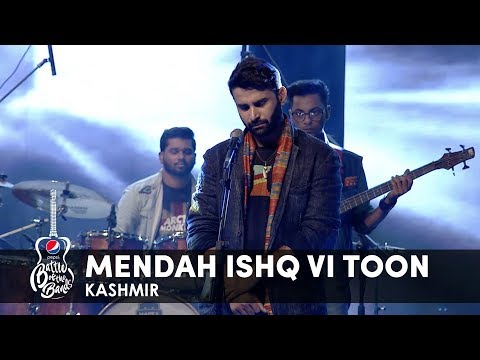 Arguably the most adored bands by the public, Badnaam and Kashmir have captivated minds with their fresh-sounding music and powerful vocals.

Now with the final showdown imminent, DESIblitz reviews these two outstanding bands who have made it to the Pepsi Battle of the Bands 2017 Final. 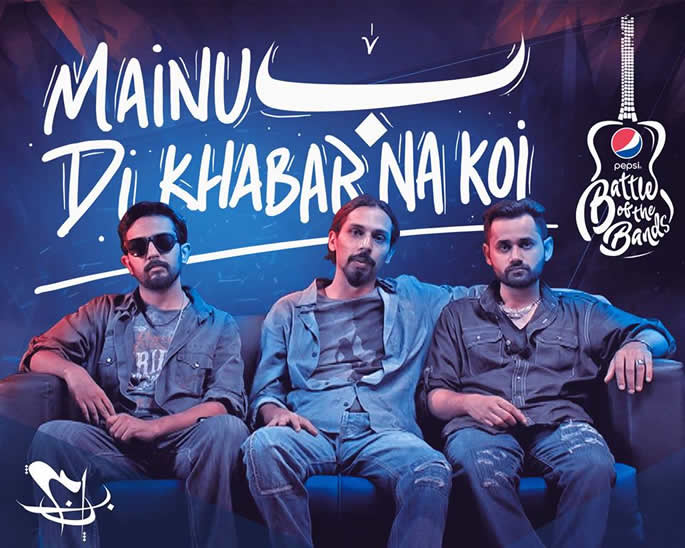 Described as fiercely unapologetic, Badnaam has a very stubborn, fearless strength that is difficult to not be attracted to.

The Sufi rock band has a remarkably great control over their musical instruments, their execution, and their songwriting abilities. Even with only three members, their unique style exudes originality.

This band holds the drive of early Skillet numbers. These Badnaamis are rowdy rockers as they don’t let others judge them. However, whatever they perform, people appreciate it.

Badnaam’s ‘Alif Allah’ and unique version of ‘Kaala Jora’ gained them an extraordinary notoriety with music devotees and the jurists.

Their display of ‘Bismillah Karan’ by Nadeem Abbas was unbelievable to the point that it got a standing ovation from every single judge, a first of this season.

The band has strived hard to reach the Pepsi Battle of the Bands Final.

Their ‘Khwaja Ki Deewani’ performance did not capture the panel like their prior exhibitions. Yet, they did not deviate from their typical enthusiasm and powerful sound.

They floated from their usual technique of hard-core rock. They presented Qawwali with a deep fashionable polish, which secured them a place in the further stages.

With their blend of modern rock and Sufiana Kalam, Badnaam has dominated the spotlight in this year’s competition. Their powerful and unique songs separate them from other bands.

As innovative and energetic their songs seem to be, the main anticipation of viewers is for the band’s leading man Ahmed Jilani to set his guitar ablaze like Jimi Hendrix and rock the whole stage.

Also Read: Pepsi Battle of the Bands 2017 ~ The Final Showdown 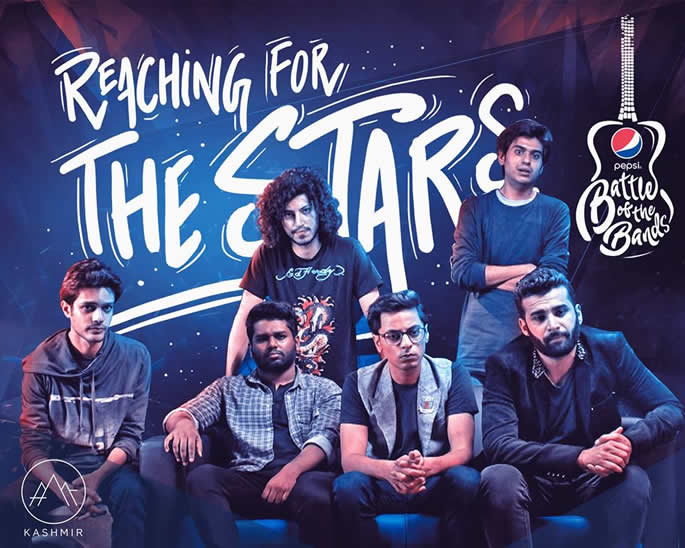 Kashmir – The Band are standout performers from the crop of contestants of the 2017 season.

A fan favourite, many people are eagerly declaring that Kashmir should be crowned winners.

Arguably, Kashmir is the complete opposite to Badnaam. Their sound resonates with listeners and their soulful music regularly touches your heart.

Performing on the incredible Aamir Zaki’s famous ‘Mera Pyar’ is no little accomplishment.

They joined the competition with a cover of E.P.’s ‘Hamesha’ and demonstrated their intention to reach Pepsi Battle of the Bands Final.

Kashmir proved their inventiveness with their unique track, ‘Budha Baba’. In spite that the reaction from the jury was not pleasing, yet, the remarkable creation and the inventive substance made ‘Budha Baba’ an intriguing song among fans.

Subsequent to arriving in the danger zone with their profound interpretation of the great, ‘Menda Ishq Ve Toon’, Kashmir made up for themselves with a wonderfully unique, ‘Soch’.

Bilal Ali’s voice has that heartfelt quality that can make him a great singing talent in the music industry. Look out for his incredible falsetto in ‘Faislay’.

Additionally, keep an eye out for the leading guitarist, Vais Khan.

So far, the band have not disappointed during the live shows. Their musical style is deep and rich, and the band has a number of charming members. Even Vais, who regularly rocks the stage during each performance, is a favourite of Fawad Khan.

Kashmir could be at the focal point of the storm arising in Pakistani music.

Pepsi Battle of the Bands 2017 Final 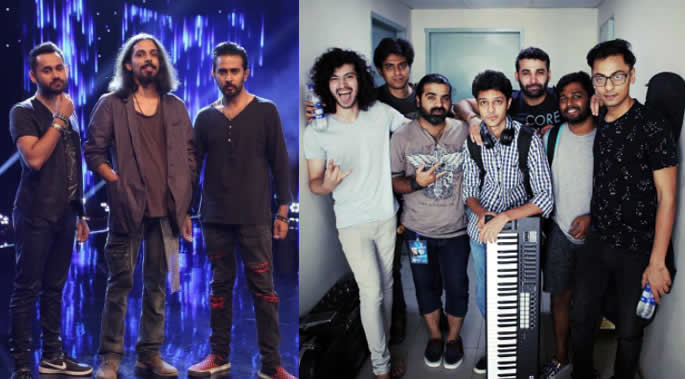 The two bands, Badnaam and Kashmir, will fight it out in the last battle to take away the top prize.

The winners will enjoy shows all over Pakistan, an album deal, and eminences of all their music.

The best thing about Pepsi Battle of the Bands is that regardless of who succeeds, every band will get a chance to learn something. Such exposure gives renewed life to Pakistan’s music industry.

Both Badnaam and Kashmir are amazingly tough competitors, and the final episode will showcase an intense rivalry.

Yet, we’re glad to have heard all the music. Best wishes to both, who have reached Pepsi Battle of the Bands Final 2017.

Jugnu is a creative and accomplished writer from Pakistan. Apart from this, he is a real foodie and passionate about all types of food from across the world. His motto is “Hope against Hope.”