Rock bands like Vital Signs and Junoon revolutionised the music scene in the late 80s and early 90s Pakistan. Once known as bedrock of classical music, soon Pakistan made a mark in soul, pop and rock through these bands.

Noori's live performances are one of their signature traits.

Music has been one of the finest art forms to come from Pakistan.

Rock bands like Vital Signs and Junoon changed the face of South Asian music in the late 80s and early 90s.

Once known as bedrock of classical music, Pakistan soon made a mark in soul, pop and rock through these edgy new bands.

DESIblitz presents some of the top 7 Pakistani rock bands of all time. 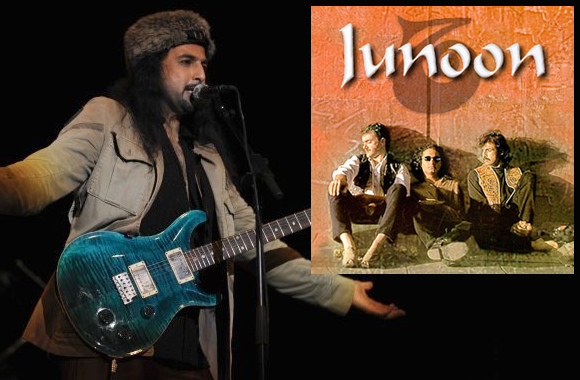 Junoon was a Lahore-based Sufi rock band formed in early 1990s. Salman Ahmed was the founder, lead guitarist and songwriter of the band.

Ali Azmat and Nusrat Hussain were two other members of this group, while Brian O’Connell joined the band in 1992 as a bass guitarist.

Junoon is arguably Pakistan’s most popular and successful band of all time. Q magazine called them, ‘one of the biggest bands in the world’, and The New York Times regarded Junoon as the ‘U2 of Pakistan’.

Since their formation, Junoon released a total of 17 albums. This includes 7 studio albums; 1 soundtrack; 2 live albums; 4 video albums; and 3 compilations.

Junoon is the most successful band of South Asia, with over 30 million albums sales worldwide. 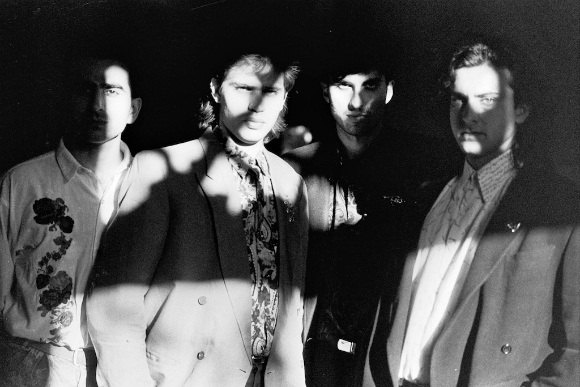 Vital Signs rose to immense fame following the release of their patriotic track ‘Dil Dil Pakistan’ in 1987. BBC World declared this song to be the third most popular song of all time in the world.

The band released their debut album, Vital Signs 1, along with Shoaib Mansoor in 1989, who also penned their lyrics. Shoaib Mansoor was the director of a mini-drama Dhundle Raste, which was a about true story about the lives of the band members.

Vital Signs 2, the second album came out in 1991 which saw a deviation from the band’s rosy sound and imagery. In 1993, Aitebar was released which soon outsold Vital Signs 2.

After the band released Hum Tum, they decided to concentrate on their personal gigs, and Vital Signs came to an end. 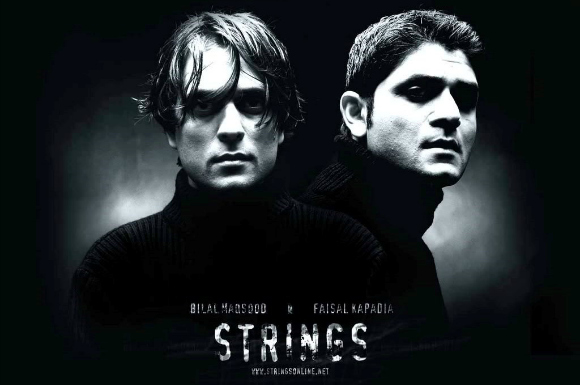 Faisal is band’s lead vocalist while Bilal is the lead guitarist, who at times lends vocals for songs too.

They are known across the world for their stringed rhythms. Their songs are applauded not only for their melodies but also for being highly poetic. The lyrics are written by Bilal’s father and famous Pakistani writer Anwar Maqsood.

Their song ‘Na Jaane Kyun’ was also featured on Spider Man 2 as an OST. 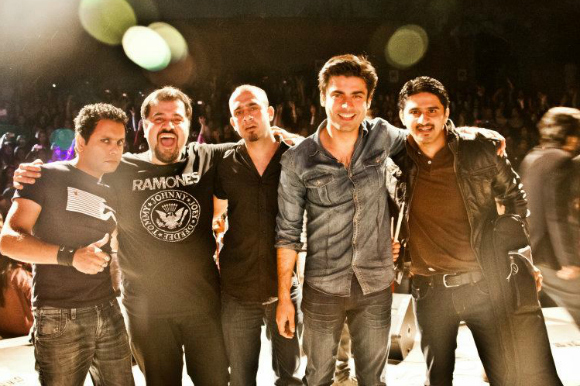 Entity Paradigm or EP, is regarded as one of the pioneer mainstream rock bands in the Pakistani music industry. Their music was a fusion of alternative rock, rap and hard rock.

EP’s music can be compared to their influences like Pink Floyd, Tool, and Rage Against the Machine.

Initially, Entity and Paradigm were two separate bands that were active in the underground music scene of Lahore.

Ahmad Ali Butt of Entity and Fawad Afzal Khan of Paradigm were acting together in a TV sitcom Jutt and Bond.

Led by Xulfi from Paradigm, the bands collaborated together and came up with the title song for the show within a week, called ‘Humein Aazma’.

Xulfi, the lead guitarist and Fawad Afzal Khan, the lead vocalist were Entity Paradigm’s board members.

They made it to the ‘Battle of the Bands’ Grand Finals but lost out to Aaroh. EP released their debut album, Irtiqa in 2006. In 2007, the band split.

While there were reports from EP about the possibility of more albums, thus far only one album has been released. 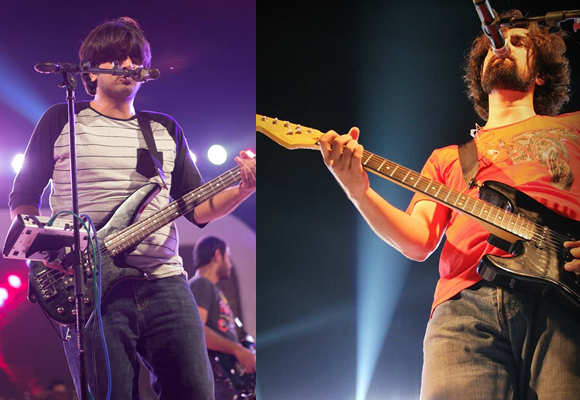 Hailing from Lahore, Pakistan, this band of two brothers is regarded as also one of the pioneering entities behind the ‘21st Century Rock Music Revolution in Pakistan’.

Ali Noor is a lawyer by profession while Ali Hamza, is an Economics Major from LUMS.

Noori’s live performances are one of their signature traits. They have performed in hundreds of shows both locally and also toured internationally. 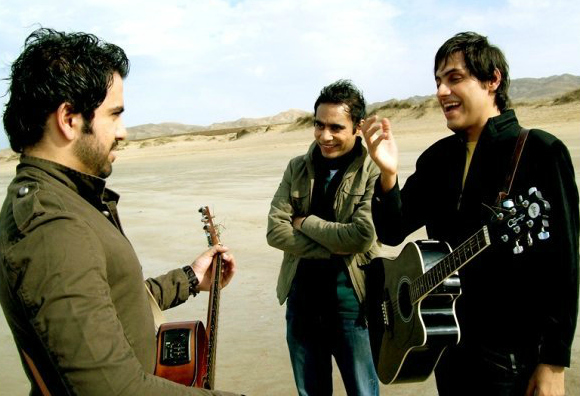 Call was formed by Xulfi in Lahore. In 2005 they released their debut album, Jilawatan.

Their first single, ‘Nishaan’ was released online and instantly went viral. It also won Call the award for ‘Best Rock Song’ at the 2003 Band Baja Awards.

The band then released a second single ‘Pukaar’, which was followed by a promotional video. It also went on to win the ‘Best Alternative Rock Song’ at the Indus Music Awards.

In early 2007, their song ‘Laree Chotee’ was featured in the Bollywood movie Ek Chalis Ki Last Local which became an instant hit.

Call released their 2nd studio album Dhoom in 2011 along with a single song. In 2012, they were nominated for ‘Best Album’ at the Lux Style Awards. 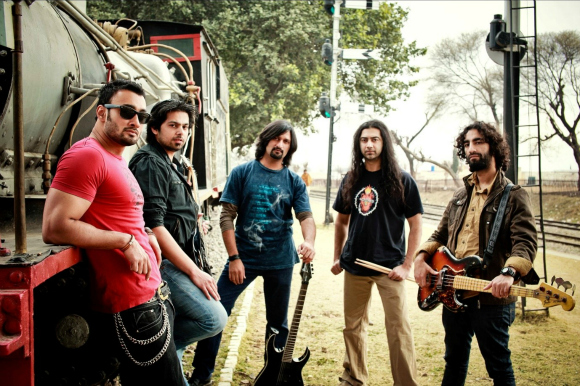 Qayaas is an Islamabad based rock band which was formed in 2008 by lead guitarist and songwriter, Khurram Waqar.

Umair Jaswal is the lead vocalist, Sarmad Ghafoor is the guitarist, Shaheryar Ghayas is the bassist and Salman Rafique plays drums for the band.

Their single track ‘Tanha’ became immensely popular in 2009, which was followed by the success of ‘Umeed’ which soon became one of City FM 89’s most requested songs.

Qayaas’ song ‘Mera Wana’ was featured on Metal Asia Compilation in 2010, which composed of best metal music from throughout Asia.

In 2010, they won the ‘Best Rock Band’ at the Rolling Stones-Jack Daniels Awards, becoming the first band from Pakistan to win the award. They had the honour of being chosen from the list of more than 25 Pakistani rock bands.

Of course, our list of Best Pakistani Rock Bands is by no means exhaustive. Honorary mentions must go out to Aaroh, Mizraab, Karvan, Kavish, and Aunty Disco Project.

With its innovative styles and creative sounds, Pakistan is an undeniable global leader of rock music.

And with so many incredibly talented young musicians in the game, Pakistani rock music will continue to live on for generations to come.