Father arrested in Kashmir for Trying to Bury Baby Alive

The father of a newborn baby has been arrested after he tried to bury the baby alive in Nowhatta, Kashmir. Locals handed him to the police.

"The baby had some congenital deformities"

A father named Manzoor Hussain Banyari, who is a resident of South Kashmir, was arrested after he was trying to allegedly bury his newborn baby alive.

The incident is said to have taken place at Tujgari Mohalla graveyard in Nowhatta near Srinagar in Kashmir, in the afternoon on Monday, December 31, 2018.

Locals caught the man in the act and detained him before handing him over to the officers at Nowhatta police station.

Baynari, who is the son of Misri Banyari, is from Shamsipora Shopian. He was attempting to bury the baby which was still alive, while the mother, his wife was still recovering in hospital after giving birth to the child.

“The baby had some congenital deformities and the said person told police that he was very poor and could not treat his newborn baby.

“The case has been registered in Nowhatta Police Station under section 317 of RPC.” 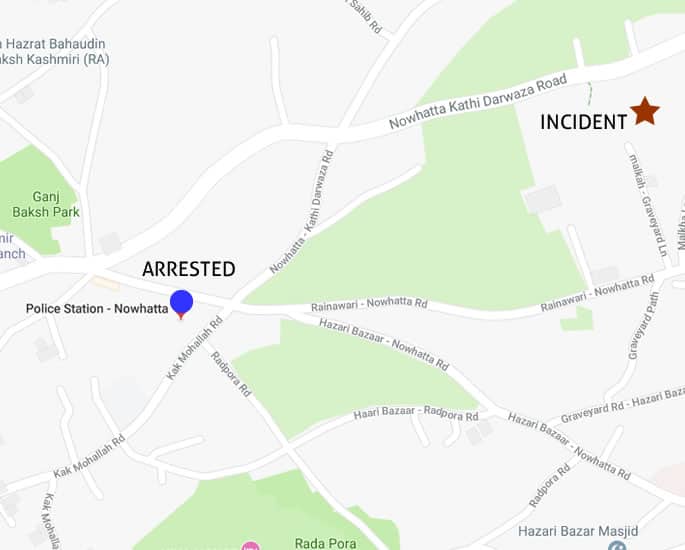 Since the arrest, the father has been bailed pending further investigation and inquiries into the case.

The baby has been admitted to GB Pant Hospital where it is receiving urgent care after the ordeal it suffered at the hands of its father.

The mother who is in shock regarding the incident is still recovering at the hospital she gave birth to the baby.

This case highlights a major stigma attached to disabilities among South Asian communities and how society perceives children born with birth defects, especially when it comes to the care post birth.

In this instance, the man, who was the father of the child took it upon himself to get rid of the ‘problem baby’ in the most shocking of ways, which was by trying to bury it alive.

Banyari would’ve succeeded if the locals had not caught him in the act. Which then raises the question of how many newborn babies are murdered or killed in this way due to their defects?

With sex-selective abortions being a major issue for countries like India, this case brings the spotlight on the issue of having a newborn baby which has birth defects and then not being able to cope or look after the child either due to poverty or social stigma.

Amit enjoys creative challenges and uses writing as a tool for revelation. He has major interest in news, current affairs, trends and cinema. He likes the quote: "Nothing in fine print is ever good news."
Faryal Makhdoom gets Trolled for New Year’s Resolution Tweet
Indian Father sets Daughter on Fire over her Phone Addiction