When Faryal Makhdoom asked her Twitter followers about their new year’s resolutions for 2019, it did not take long for people to troll her.

"To pray for you to grow some flesh"

While anyone curious about other people’s new year’s resolutions would probably prompt the majority of positive responses, it was not the case for Faryal Makhdoom, who received some very unsavoury replies on Twitter.

The wife of boxer Amir Khan who has been through a turbulent time in her marriage to him, got her share of trolling to her tweet asking her followers what they were going to resolute and change for 2019.

Of course, there were many replies which were what she would’ve expected. But there were those who could not resist taking a pop at her and her past.

Especially, since she had misspelt her question too by saying ‘you’ instead of ‘your’.

Tweets included images of boxer Anthony Joshua with whom she was accused of having an affair by Amir in April 2017 when he ‘split’ from her.

Others hinted at the plastic surgery she has had over the years and whether 2019 meant more for her? 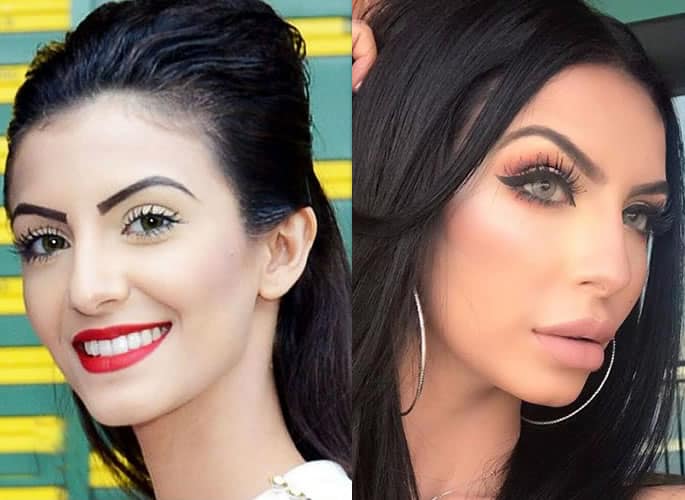 Here are some of the replies to Faryal Makhdoom’s new year’s resolution tweet.

To not cheat on my partner ?

To think about Joshua destroying your love tunnel less

Many other replies used the same theme of Anthony Joshua and her plastic surgery, saying:

“Guess yours is stopped getting done up the wrongun by @anthonyfjoshua”

“Whats yours? Is it to give AJ another BJ?”

“To pray for you to grow some flesh”

“Hope yours is to stop trying to look like Michael Jackson….. ya freak”

“To get a boob job. Could you recommend a good doc?” 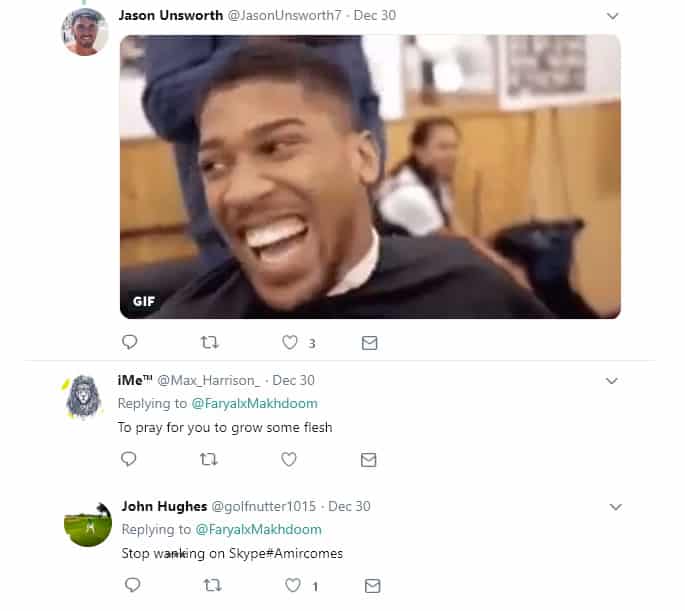 Then some got more direct to the point saying:

“Mines to avoid looking at you”

“To take you out on a date”

Lots picked on her husband, including his Skype webcam incident, saying:

“See your husband get knocked out by brook”

“To see Amir get flattened by brook but he’s too scared to face him. Go in tell him he’s allowed to fight brook”

“To see your husband grow a pair…”

So, as far as new year’s resolutions go for 2019, it looks like not many people were keen to give their own but preferred to troll and comment on Faryal Makhdoom’s personal life, the shenanigans she has experienced with her husband in the past and the boxing abilities of Amir Khan.

Nazhat is an ambitious 'Desi' woman with interests in news and lifestyle. As a writer with a determined journalistic flair, she firmly believes in the motto "an investment in knowledge pays the best interest," by Benjamin Franklin.
Driver jailed after Turning off Headlights in 100mph Police Chase
Father arrested in Kashmir for Trying to Bury Baby Alive