Boxer Amir Khan’s wife Farayal Makhdoom has been blasted by her followers on social media for tweeting a Mother’s Day message with the term MILF’s in it.

When it comes to social media from individuals to celebrities anything is possible. Indeed it is when it comes to Faryal Makhdoom. For on Mother’s Day she tweeted a post to mums including the term ‘MILFs’.

The tweet included a lovely photo of her and her daughter in an embrace but it was the caption that caught everyone’s attention.

Most of her followers reacted and it sure did not go down well with many of them. With many questioning Faryal as to whether she actually knew the meaning of the term or not. 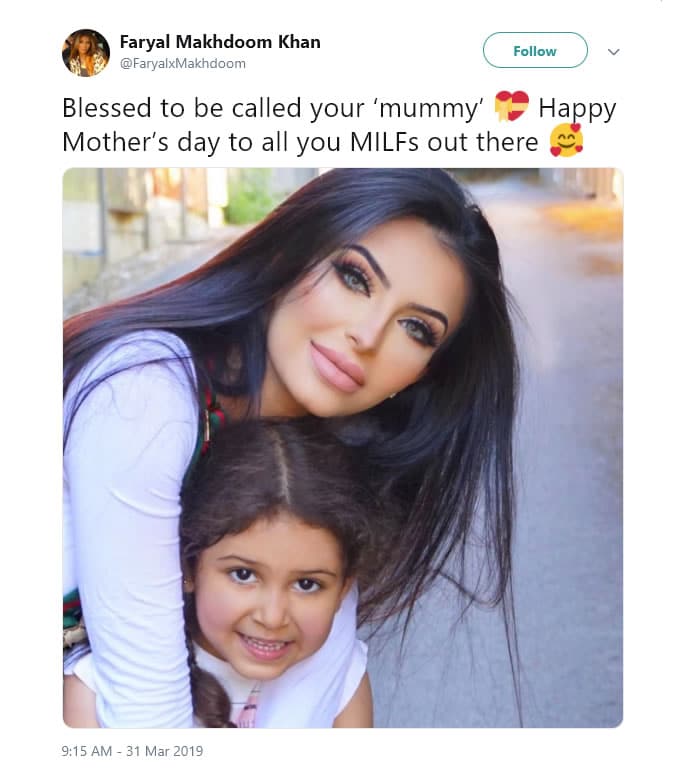 Now to some, this term may not even render a negative thought based on the number of likes the tweet got which was over 1.5k. But to those who know exactly what the term meant, they did not wait to have their say.

People reacted with memes, GIFs and tweets of their own. Most were pretty shocked and not amused by her lack of etiquette regarding the use of the term especially for Mother’s Day. 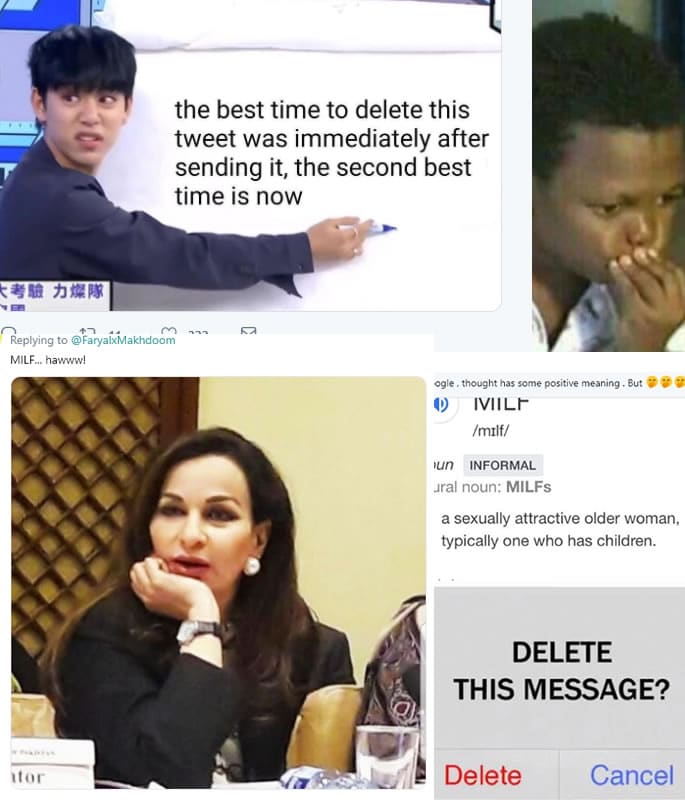 “Yea im the same as everyone else. Lowering the tone of what should have been a nice mothers day message. Girl, get some sense and dignity and class and maybe a sprinkle of brain.”

“Wow what a degrading message to explain the most prestigious relation!”

“And Amir Khan literally liked it :)”

“did she just really say that?”

“Whose daughter is this? Amir’s or Joshua’s?”

“I can’t believe Amir’s punches to the head have affected you too!!”

“This reflects their Brought up, most of these are offsprings of those Pakistanis who were illiterate and left country for labour work and did all wrong-doings in foreign countries, They are the reasons why Pakistanis are being discriminated in western countries.”

“MILFS. Changes the whole nature of the topic, we all know what she’s been watching.”

So, once again Farayal Makhdoom has created some interesting controversy on social media.

She is the only one who knows the reason behind the caption on her tweet. Be it as a joke or sent completely unknowingly, it did not take long for her followers to point out its distasteful side.

Nazhat is an ambitious 'Desi' woman with interests in news and lifestyle. As a writer with a determined journalistic flair, she firmly believes in the motto "an investment in knowledge pays the best interest," by Benjamin Franklin.
Indian Man aged 65 loses £50,000 on Fraud Dating Website
Fraudster jailed for Stealing £400,000 from Elderly Woman