During a quick trip to Dubai with husband Amir Khan, Faryal Makhdoom was reportedly pining for her daughters and couldn’t wait to be reunited with them.

Whilst 26-year-old Faryal Makhdoom seemed to be enjoying her whirlwind three-day holiday with her boxer husband, Amir Khan, the sights were no replacement for the couple’s daughters.

Despite enjoying the scenes at Karachi and Dubai, Faryal couldn’t help documenting on Snapchat how much she missed her children.

The couple share two daughters, Lamaisah, aged four, and Alayna who was born in April 2018.

Both Faryal and Amir made the solo trip in June 2018, where Amir appeared in Karachi for the launch of the Super Boxing League in Pakistan.

They later spent a few days in Dubai before returning home to Manchester.

After boarding her return flight on Emirates, the beauty showed her husband getting settled as she captioned the short video clip:

Following the flight, Faryal was eventually reunited with her daughter as she showed another touching short video of her reuniting with Lamaisah, who was still dressed in her school uniform. 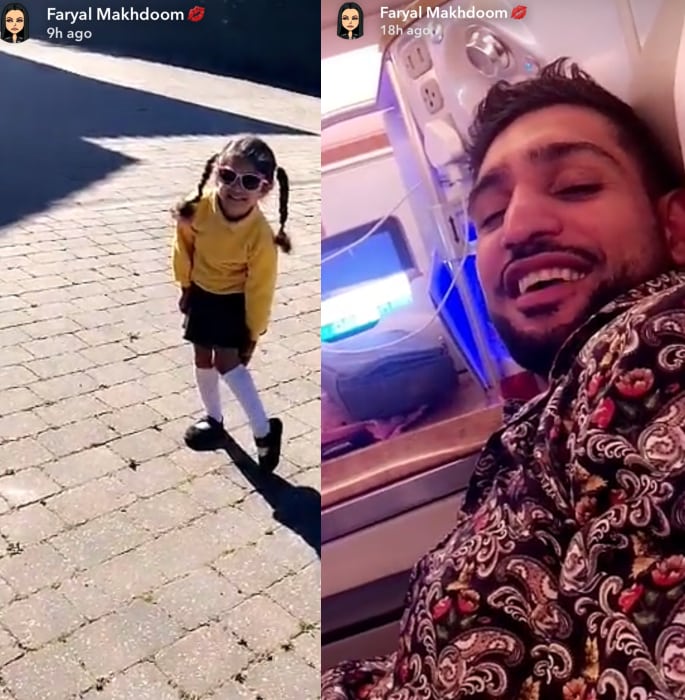 After enjoying a quick trip away with her husband, it seems Faryal is relieved to have her children back with her again.

In a video clip that she shared, Faryal affectionately addresses her daughter.

Speaking to her daughter, Faryal can be heard talking to her ‘Princess’ in the short video clip. She says:

In spite of cheating allegations directed at Amir, the couple seems to have pushed away these rumours with a quick trip to Karachi and Dubai. 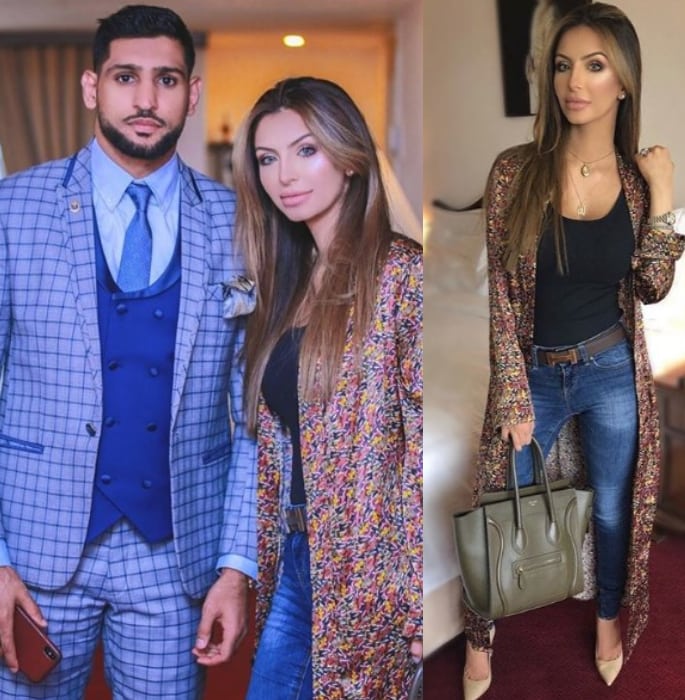 The pair were seen on their social media sites putting on a united front as they posed for pictures together.

The couple looked relaxed as they took in all of the sights and surroundings.

Amir even posted a number of pictures with Faryal, both in Karachi and later in Dubai. One image saw them reclining on a lounger. The boxer captioned the photo: “Dubai with @faryalmakhdoom laying low.”

Despite their current united front, the couple is known for their tumultuous romance. Since they tied the knot in 2013, Amir has been targeted with a number of cheating allegations. 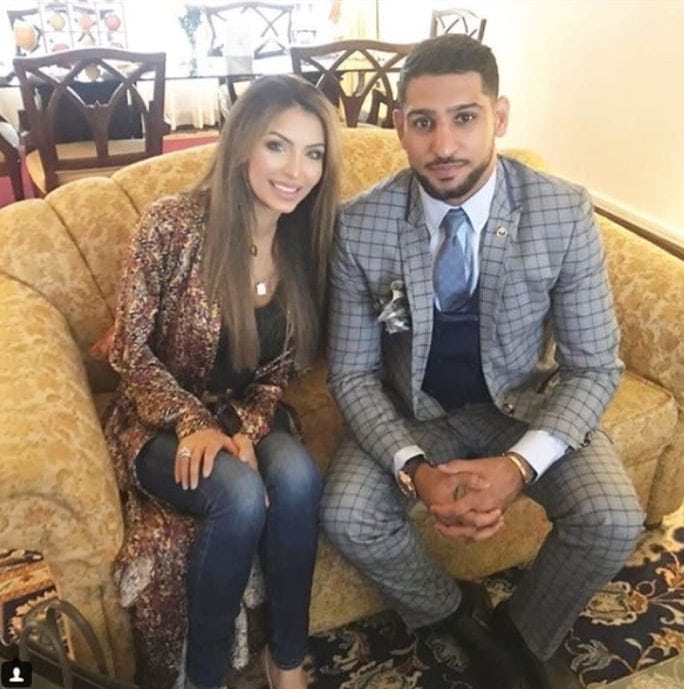 Whilst the sportsman seems to be holding on to his marriage for now, in August 2017, Amir and Faryal temporarily split. However, just three months later the couple went on to reconcile.

Most recently, it seems Amir continues to test the strength of their marriage. In May 2018, the boxer was accused of entertaining a night of passion with beautician Sophia Hammani, 22. 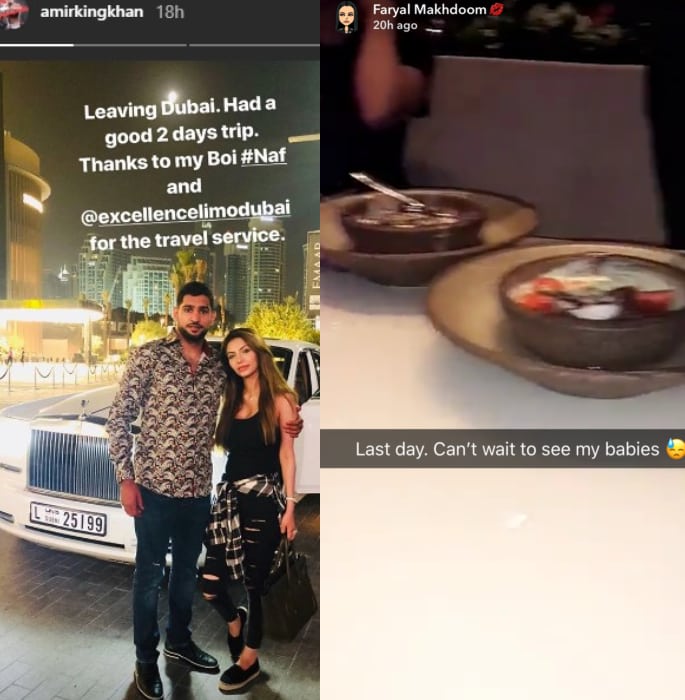 The boxing star, however, took to Twitter to reject the claims, labelling them as ‘nonsense’. Amir stated that she was simply a fan who was annoyed when he wouldn’t pose for a photo with her.

Not too long after this incident, a profile of Amir was later discovered on a private celebratory dating app, fuelling even more rumours that Amir was unfaithful.

Faryal has kept seemingly quiet over the on-going headlines that appear to incriminate her husband. The socialite has however posted a few cryptic inspirational quotes on Snapchat and Instagram that give away a sense of how she may be feeling.

Either way, the couple seems apparently content following their whirlwind trip away. Not to mention the number of pictures that have been uploaded to social media of the two of them looking very relaxed together.

Now that Faryal has been reunited with her children she seems more than happy.