Amir Khan launched the first ever professional Super Boxing League in Pakistan. He was joined by co-founder Bill Dosanjh.

"We are separate. We are a professional boxing league."

At a star-studded event held at Karachi’s Marriot hotel on Thursday, June 21, 2018, Amir Khan unveiled his vision for the event supported by the British businessman Bill Dosanjh.

Amir will jointly work closely with the CEO ARY Digital Network, Salman Iqbal, in the role as SBL chairmen.

The SBL will be a tournament of eight teams which are owned by cricketing and showbiz celebrities in the country.

It is sanctioned by the World Boxing Council (WBC) along with official partners, Sports Board Punjab (Pakistan) and media partners ARY.

With the huge talent and hunger for boxing in Pakistan, the athletes are in need of the right platform to help them turn professional. SBL is tipped as the answer to help support their goals and dreams.

Khan feels that he wants to support boxing in Pakistan with the right training and attitude to help produce more boxing champions in the country who can compete at a professional level. 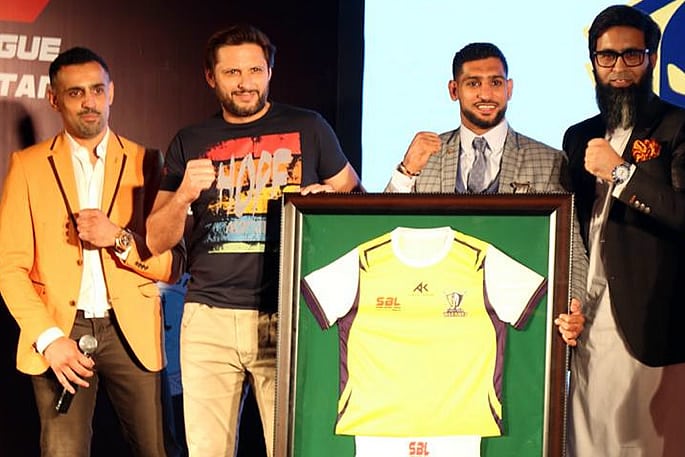 I’m a Celebrity star, Khan, has visited Pakistan on many occasions supporting many development projects but this will be close to his heart, since, boxing is his forte.

In a statement he said:

“I believe Pakistan can produce many Muhammad Alis.”

Co-founder and CEO Bill Dosanjh said at the announcement of the league:

“Unless you don’t create a good ecosystem, the sport does not grow.”

“A 100 gyms are going to be opened over the next five years and each state will open five gyms.

“So what that does it, it gives grassroots development programmes.”

“You are not going to produce another Amir Khan unless you have a commercialised platform. And this is what this is.”

Khan was joined by his wife Faryal Makhdoom at the event in Karachi.

Speaking about how this new league is not conflicting with the Pakistan Boxing Federation (PBF), Amir said at the launch:

“Pakistan Boxing Federation is an AIBA – Amateur International Boxing Association. They are associated with them. We are separate. We are a professional boxing league.”

“So, we are totally different. So, in a way we are not jumping on their back. They’re not coming our way.

Reports say that PBF will not be supporting the SBL initiative launched by Amir Khan and Bill Dosanjh.

Speaking about the concept Amir said:

“We are doing a professional league having one of the biggest boxing organisations in the world which is the WBC.”

“We did the same in India. I took the same concept in India and brought it to Pakistan.”

“Because I like the way the fighting style was. Short fights, there was knockouts and lots of excitement.” 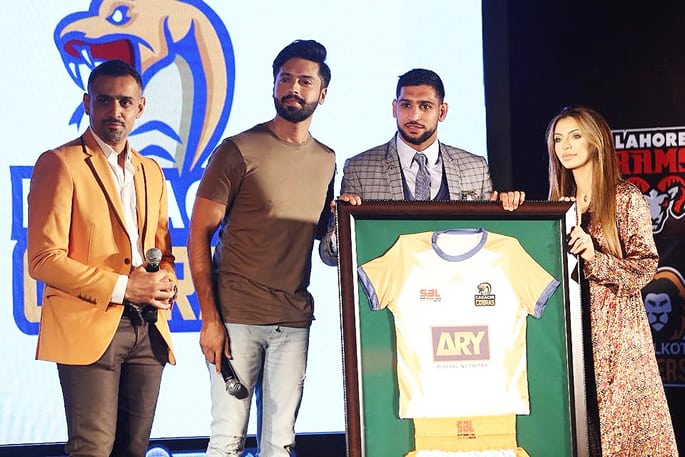 The eight teams in the Super Boxing League will feature 96 boxers in total with ten male and two female boxers competing in the league. Each team will be allowed to have three foreign fighters.

The teams are named after major cities in Pakistan and include Islamabad, Karachi, Multan, Lahore, Peshawar, Faisalabad, Sialkot and Quetta.

Owners of the teams who have invested in the franchises include major names in Pakistani cricket and entertainment. 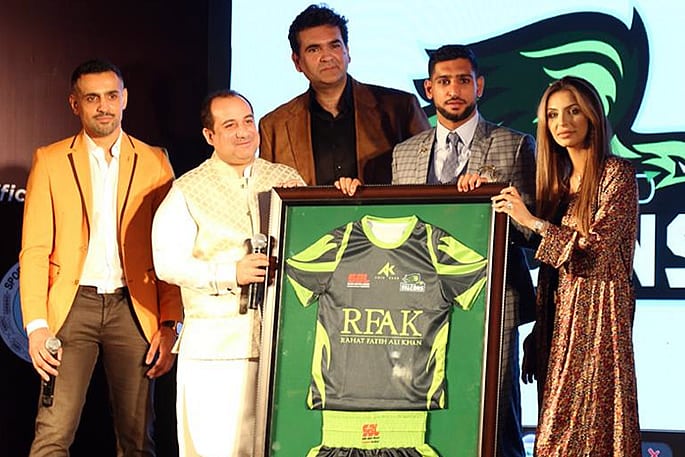 There will be five male fights and one female fight in each of the six matches to ensure diverse representation in the tournament.

For the first season of the Super Boxing League, categories featured will include 57kg Featherweight, 66.7kg Welterweight, 72.57 Middleweight, 76.2kg Super Middleweight, unlimited Heavyweight and 52.16 Super flyweight for the women boxers.

For complete transparency, the SBL tournament will be supervised by the WBC which will feature the best of Pakistani and international boxing talent.

Super Boxing League tournament will take place between September 28, 2018, to November 3, 2018, at the Amir Khan Boxing Academy in Islamabad, Pakistan.

Despite reported problems in his personal life, Amir Khan is determined to make the SBL work in Pakistan to develop the sport at a professional level.