Boxer Amir Khan took to Instagram to wish his wife, Faryal Makhdoom, a happy 5th wedding anniversary with a gushing message. However, he did not get a response from Faryal.

"Oh please you don’t deserve her"

Amidst claims that boxer Amir Khan cheated on his wife, Faryal Makhdoom, he posted a happy anniversary message to her on his Instagram. Wishing her happy five years of marriage with a kiss.

However, Faryal Makhdoom did not reply and there are no messages on her Instagram or other social media platforms wishing him the same for their anniversary.

Leading to more speculation about the state of their marriage.

In fact, it was reported that Faryal had unfollowed Amir on her Instagram and she broke her silence about Amir’s latest cheating allegations by posting some cryptic messages on her account about enduring hardship and not getting what you want in life.

Therefore, no direct response was given to the allegations of him cheating with beautician Sophia Hammani at a hotel in East London.

Which Amir Khan vehemently denies and took to social media to debunk the claims of Sophia. Who he said was a disgruntled fan not allowed to take a photo with him because she was too drunk.

on May 24, 2018, Faryal posted an image on her Instagram of the new home the couple were building together. 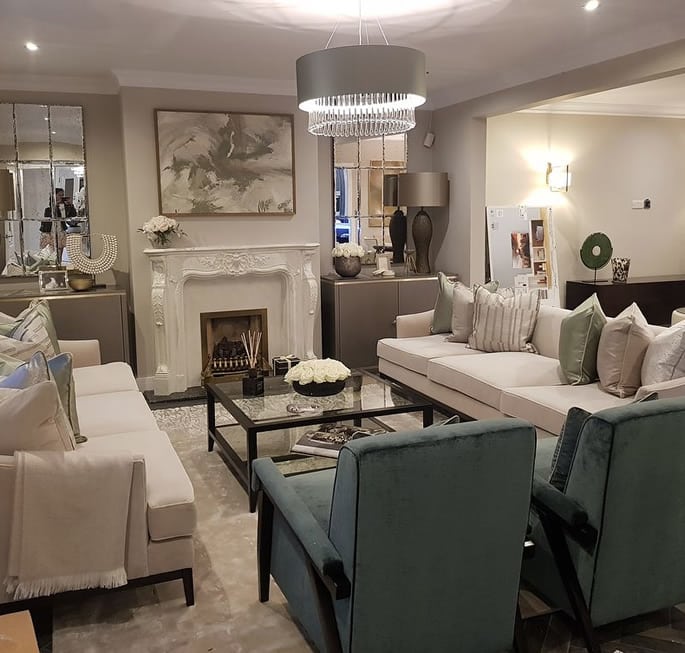 “Our home is finally coming together ? Thanks to @theaddress.interiors for all the hard work they have put into this project — choosing high end furniture and styling”

The last image she had with Amir Khan on her Instagram is on May 19, 2018. Where both of them are together looking happy when they were on a trip to Pakistan. This was prior to the news of his cheating allegations. 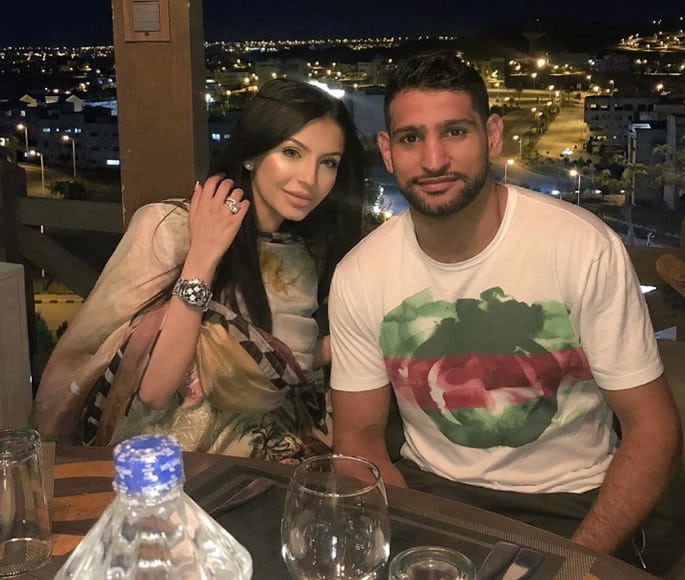 Amir’s loving gesture to his wife on Instagram has had over 67,900 likes. Amongst the many well-wishers, some fans have commented in his favour whilst others not happy with him or his behaviour towards his wife. 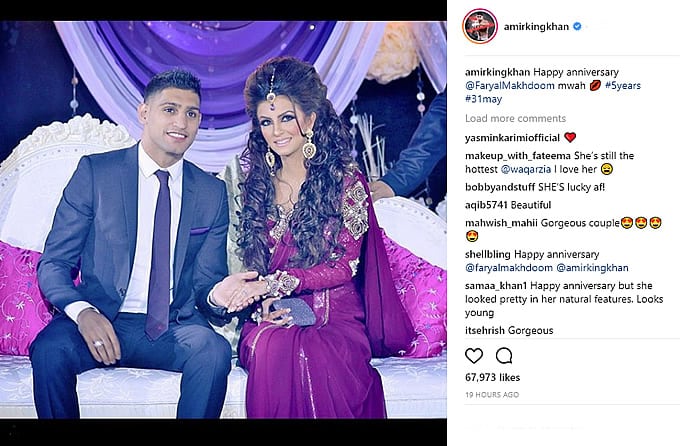 “Oh please you don’t deserve her”

“she don’t deserve him he can find thousands of girls like her but she can never find another world champion boxer again. And multi millioner husband”

“You lot dumb she just uses him for money”

“Poor girl she has been through a lot of unfaithfulness in her marriage . I wish this to no girl .”

“Try keeping your pants on & you may last another 5. Disgusting man”

“each of us is solely responsible for our own actions . bad actions affect our partners and our kids for life.your choices your mistakes brother .dont take your family for granted.one day it might just be too late” 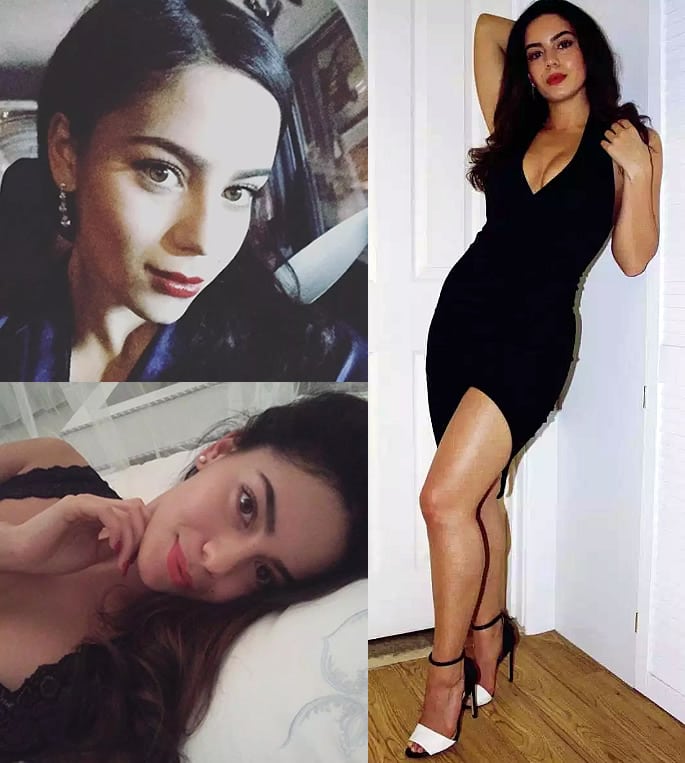 Sophia Hammani says she did not know he was still married to his wife when she spent the night with him and thought he was divorced because he took interest in her.

She says that Khan welcomed her into his Montcalm Hotel room in East London. Talking about her encounter, she claims:

“I put on some music and he came out of the bathroom in just his white boxers.

“He kept saying my body was insane and I was like a model.”

But upon finding out Khan was still married, Sophia reacted to it saying:

“She needs to bin him off once and for all. Surely this is unforgivable?”

“She needs to get a divorce, he’s gross.”

Amir Khan and Faryal Makhdoom married in 2013 and had their first daughter Lamaisah Khan on May 23, 2014. They had a public spat and break-up in 2017 but got back together again after a reconciliation. On April 24, 2018, they welcomed their second daughter, Alayna Khan.

When they reconciled they both appeared on a television interview where Amir blamed the problems in their marriage on “lack of communication”.

He said: “You want to change things at times, the way it went public wasn’t nice. Anger sometimes takes over.

However, claims of him cheating on his wife with model Emma Bond emerged in January 2018, which put the boxer back in the ring of speculation about his adulterous behaviour.

Now it remains to be seen how Faryal will either react or not to the wishes bestowed upon her by her husband for five years of marriage which have not exactly been blissful.