After a turbulent year with a social media storm and a relationship on the rocks, Amir Khan and Faryal Makhdoom have now reunited as husband and wife.

"after sorting out all the issues. Closing the year with a happy ending"

After the relationship rollercoaster ride of the year with this couple, from breakup to separation to divorce announcements, news breaks from boxer Amir Khan that he is reuniting with his wife Faryal Makhdoom, who is expecting their second child.

It looks like the couple have addressed their differences and decided to give their turbulent marriage another go.

Amir revealed an image on social media of him and his wife cuddled up on a sofa, saying: “With my 4 month pregnant wife, after sorting out all the issues. Closing the year with a happy ending 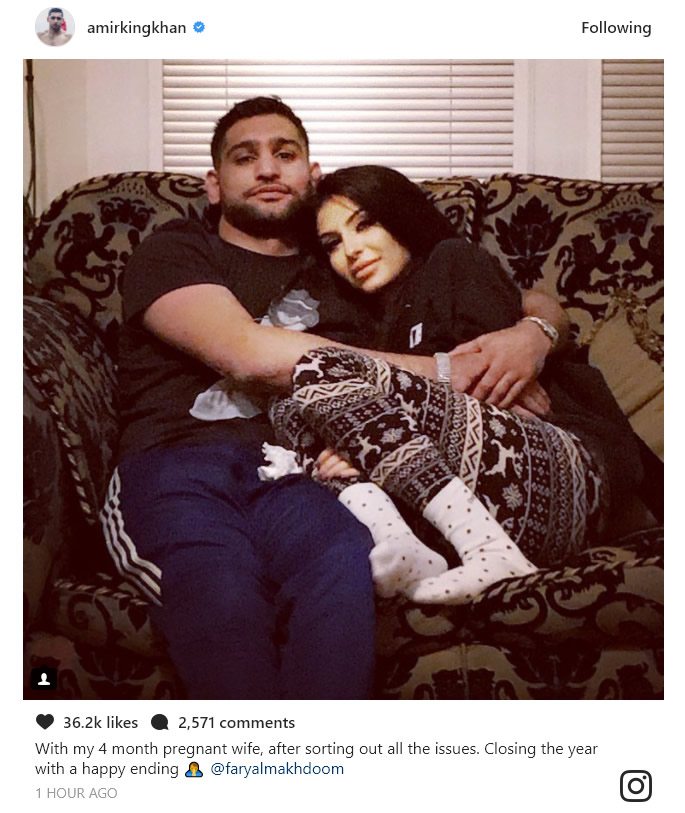 Only last week, Amir was spotted romantically with Brazillian model, Bella Gusamo. But this seems to have all changed now with the couple loved up again.

Faryal posted a quote on Instagram from R.M. Drake saying: “I hope one day we find each other again and laugh over whatever pain we may have caused.”

She was also seen in images wearing a wedding ring again making it obvious that the couple was going through some kind of reconciliation. 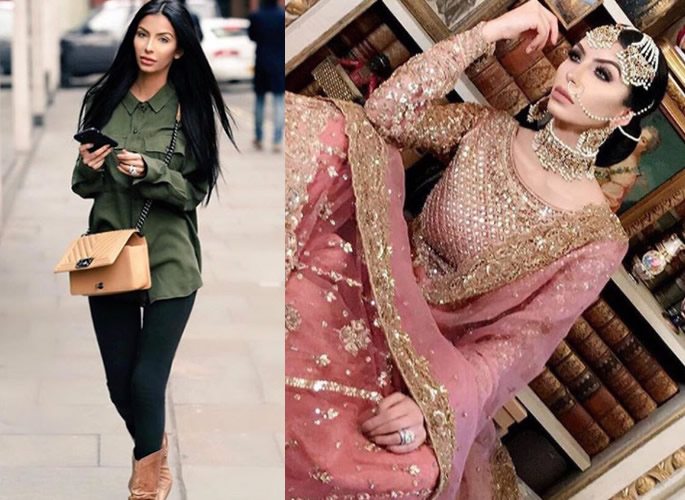 Faryal did post an image on her Instagram recently where she showed an older image of Amir Khan, herself and their daughter and also changed her name on the profile back to ‘Faryal Makhdoom Khan’, hinting that they were going to get back together.

“We’re going to be doing this all over again #ParentsLove #5MonthsToGo”.

The celebrity couple went through a year of difficult times starting with an outburst on social media by Faryal against Amir’s family whom she claimed bullied and bused her.

This led to a string of incidents made public on social media by the couple which got very personal. Including reactions from Khan’s parents to her outburst, Faryal shunning her in-laws on TV, Amir replying to his wife’s claims, the posting of Amir’s sex video online, Amir separating from his wife, Faryal announcing her second pregnancy and Amir announcing only recently, he was divorcing Faryal.

During the spat, there were also accusations by Amir that Faryal has slept with fellow boxing star Anthony Joshua.

Faryal then responded to his accusation saying: “After all these years. I’ve always defending a cheat, always stuck around for him, always had his back.”

When Amir did announce in September 2017, he was divorcing her, she told Khan that she will move back to New York with their daughter if he proceeds.

With a desire to get back together for their second child Faryal is known to have apologised to her in-laws for the disrespect and the shocking war of words that were exchanged.

Speculations among fans now doing their rounds as to whether the divorce was a publicity stunt or whether this is now a genuine reconciliation which will lead to the couple being a happy family again.

Time will tell. But for now, the year seems to be ending on a happier note for Amir Khan and his wife Faryal Makhdoom.