Has Amir Khan been spotted on a date? Images of the boxer with a woman believed to a Brazilian model named Bella Gusamo in London have gone viral.

In some of the images, Amir's companion even holds a red rose.

It appears British Asian boxer Amir Khan has moved on from his marriage to Faryal Makhdoom. By seemingly going on an evening date.

On 2nd November 2017, paparazzi snapped images of the sportsman in London. He was with a woman, both standing outside a shisha bar.

But they soon entered into a taxi with each other. Reports have speculated that this woman is a Brazilian model named Bella Gusamo.

Reports claim the two enjoyed a night out together, prompting speculation that they went on a date. In some of the images, Amir’s companion even holds a red rose.

Both stuck to a casual dress code. The boxer wore a simple black top with jeans. However, his companion donned a low V-neck top with denim shorts. With thigh high boots and a camouflage jacket, the woman showed off her stunning figure.

While they waited for a taxi, Amir holds a Louis Vuitton bag under his arm as she clutches the rose. 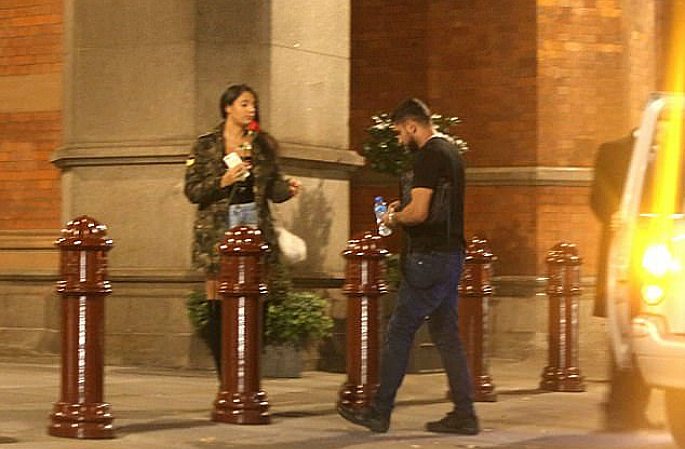 Some have even commented on how the brunette, believed to be Bella Gusamo, looks strikingly similar to Amir’s estranged wife, Faryal.

Bella Gusamo, hailing from Brazil, works as a model, appearing in shoots both in the UK and US. She didn’t comment on whether she was indeed the woman in the images.

However, they mark a new chapter in the ongoing developments surrounding Amir and Faryal’s split. 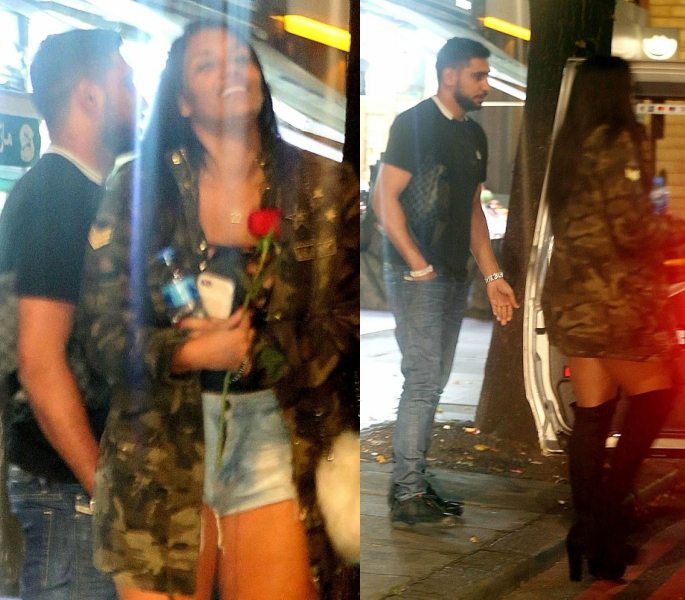 Back in August 2017, Amir broke the news that he and Faryal had decided to split up. However, it became shrouded in confusion amid claims of online hacking and cheating.

It then took another twist as Faryal announced her second pregnancy with Amir’s child. But the boxer said on Snapchat that he still filed for divorce.

Prior to the images, a teacher had claimed the boxer sent her explicit messages. Supposedly texting her after breaking up with his wife, he allegedly blamed the split on Faryal’s ‘obsession’ with cosmetic procedures.

Meanwhile, Faryal showed the first sighting of her baby bump at the Asian Media Awards 2017. Wearing a beautiful, shimmering dress, she highlighted her growing bump.

Currently, Amir has not yet responded to the viral images. But, with his companion showing a huge smile and holding a red rose, it does seem possible that the British Asian boxer is now moving onto the next chapter of his life after his marriage.