A British Asian driver has been jailed after he murdered a cyclist. He had taken drugs prior to driving his car and killing his victim when he hit her.

The court heard he taken ketamine, cannabis, cocaine and even spice.

A British Asian driver, Ajay Singh, received a jail sentence for killing a woman cyclist after taking a cocktail of drugs and alcohol.

The trial took place on 3rd November 2017, located at Manchester’s Minshull Street Crown Court, where the judge handed him a sentence of 8 years in jail and a 10-year ban from driving.

Singh, aged 26, killed 24-year-old Vicky Myres as she cycled with her partner.

The incident took place in the early hours of the morning on on 27th August 2017.

Singh took a mixture of several drugs and alcohol before driving his VW Polo car. The court heard he had taken ketamine, cannabis, cocaine and even spice.

While driving, the intoxicated Ajay went up to speeds of 80mph. At the time when he hit his victim, Singh’s vehicle was going between 51-62mph.

Myres died instantly from the impact, suffering 66 external injuries. Police traced Singh a few hours after the incident, as they found his registration plate at the scene. 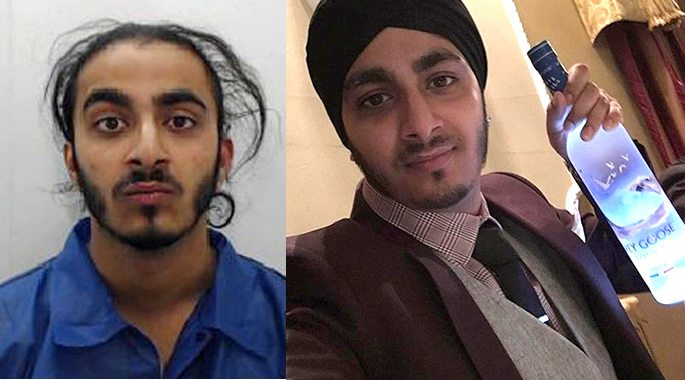 Upon arrival, police found Singh “out of it on drugs” and even had fragments of glass in his hair.

They then subjected him to breath analyser tests. From the results, they showed that Ajay Singh was over the drug drive limit for cannabis and cocaine.

He admitted to police that he also took ketamine and spice. Also, he pleaded guilty to causing death by dangerous driving, failing to stop and failing to report an accident.

During the trial, his defence lawyer, Ms Johnson, explained how the Singh suffered from marital issues. She explained:

“He cannot explain why he got in the car and drove that day. He was having marital problems and his wife had left him. He cannot turn back the clock but he bitterly regrets his actions.”

“Your dangerous and unlawful driving undertaken as it was with a complete disregard for the safety of others has taken from this world a truly special person.

“When she died she was just 24 years old. She was a good, bright, intelligent and energetic person who had the world at her feet.”

James Crosby, Ms Myres’s partner is devasted after being with her for six-and-a-half years. He said:

“Due to the thoughtless, selfish and cowardly actions of the driver my beautiful, innocent girlfriend was taken away from me.”

With the verdict delivered, Ajay Singh, who has previous convictions for violence and driving offences, will now begin his 8-year jail sentence.