Dina Wadia, the daughter of Pakistan’s founder Muhammad Ali Jinnah, has passed away at the age of 98 in New York. Dina was the only child of Quaid-i-Azam.

Dina Wadia, the daughter of Muhammad Ali Jinnah, has passed away at the age of 98.

The only child of Pakistan’s founder, Dina was born on 15th August 1919. Interestingly, this date would also be, 28 years later, immortalised in history as the birth of Jinnah’s other ‘child’, Pakistan.

Her mother sadly died of cancer while she was still quite young. She was consequently brought up by her father and her aunt, Fatima Jinnah, who also played an integral role in the creation of Pakistan.

Despite her strong familial connection with the new nation, Dina allegedly only visited Pakistan on two occasions. The first was to attend her father’s funeral in September 1948 in Karachi. 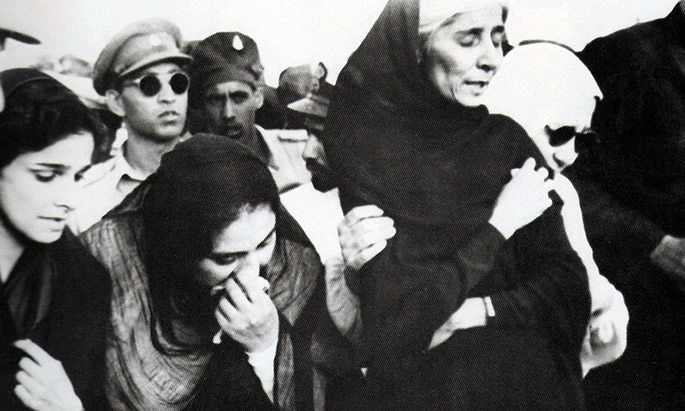 The second was in 2004, when she visited Lahore to watch a cricket match between India and Pakistan.

While Dina had a very close bond with her father during her childhood, their relationship became notably strained after she told him that she wished to marry Neville Wadia, whom she had met when she was 17.

Jinnah strongly objected to the match as Wadia was a Parsi. At the time Jinnah had been rallying Muslims across India in order to present his vision of a new Muslim state.

A former aide of Jinnah, Mohammedali Currim Chagla wrote in his autobiography, Roses in December:

Jinnah’s late wife Ruttie was coincidentally also a Parsi by birth, before later becoming a Muslim. However, Dina was adamant to marry Neville, and they wed in 1938, against Jinnah’s wishes.

Dina eventually separated from her husband five years later, in 1943. The couple had two children during this time, a son, Nusli Wadia, and a daughter. 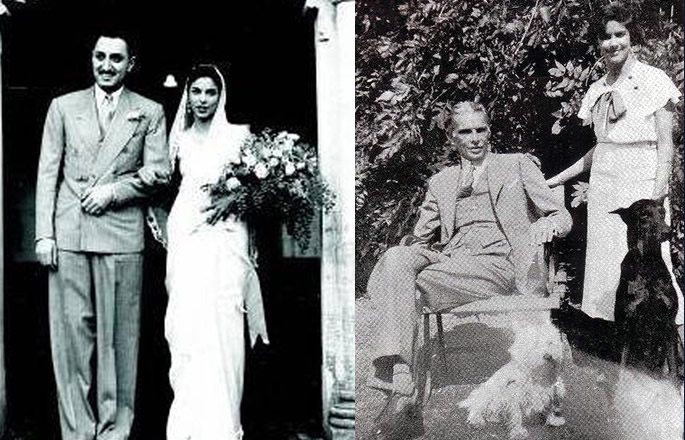 Despite her rift with her father, Dina was immensely proud of Jinnah’s achievements. On hearing the initial news of his political success for a separate state in April 1947, she wrote to her father:

“My darling Papa, First of all, I must congratulate you – we have got Pakistan, that is to say, the principal has been accepted. I am so proud and happy for you – how hard you have worked for it.”

“I do hope you are keeping well –I get lots of news of you from the newspapers. The children are just recovering from whooping cough, it will take another month yet.”

After the official announcement of India’s Independence in June 1947, Dina again wrote to her father:

“At this minute you must be with the Viceroy. I must say that it is wonderful what you have achieved in these last few years and I feel so proud and happy for you. You have been the only man in India of late who has been a realist and an honest and brilliant tactician – this letter is beginning to sound like a fan mail, isn’t it?”

In later years, Dina was compelled to fight for her inheritance of Jinnah House (formerly South Court) in Mumbai, which had been classified as “evacuee property” as a result of Partition. Jinnah had notably died without leaving a will.

While Dina never moved to Pakistan, she lived a large part of her life in Mumbai, before eventually settling in New York in her later years.

Dina was known for leading quite an introverted lifestyle, choosing to stay out of the limelight where possible. 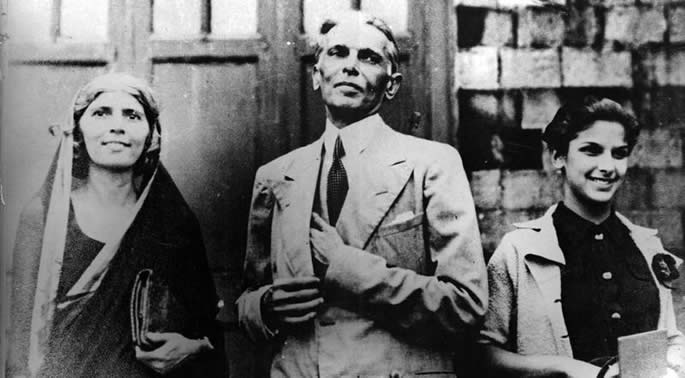 She was known by those around her, however, as a strong, independent woman. Bollywood actress, Preity Zinta recalled her first time meeting Dina, saying:

“The first time I met her, I stared at her open-mouthed. My goodness, she carries so much history within her! Since then we’ve met over dinner and at other social occasions several times. Each time I’m struck by her gentle demeanour, her classic elegance, and yes, her fragility.

“I was also struck by her unmistakable facial resemblance to her illustrious father [Jinnah]. I’ve never seen two people who resemble each other so closely,” Preity stated.

Dina passed away at her home in New York on 2nd November 2017. She had reportedly been ill for some time, suffering from pneumonia.

While she may have had little to do with the creation of a new state or her father’s political dreams, Dina’s death marks the end of an incredible legacy in Pakistan’s history.