70 Years of Partition of India Remembered across the World

The world celebrates and remembers the Partition of India, 70 years on from 15th August 1947. Special events and TV coverage have been created for it.

A special documentary has been created to reveal the stories of those who have experienced the Partition.

On 15th August 2017, the world remembers and reflects on the anniversary of the Partition of India.

Exactly 70 years ago, on 15th August 1947, India woke up to independence from British colonial rule. While independence gave India its freedom, it also led to the creation of a new state, called Pakistan.

As both nations celebrate their independence on 14th and 15th August, the reality of a brutal and violent Partition is also remembered.

In 1947, India was divided into two. Many had to leave their homes and old lives behind. And traverse to a new, unknown destination.

The Partition of India involved the biggest mass movement of migration in recorded history. And with violence wreaking havoc, many sadly lost their lives during this troubled period.

Now, 70 years on from this important moment in history, the world recognises India and Pakistan’s milestone anniversary. Both celebrating independence, but remembering the brutalities and heartache.

Numerous events and special programmes have taken place across the two days in South Asia and even the UK, which is home to many Indians and Pakistanis who experienced Partition of India themselves.

Celebrations across India and Pakistan

Over the 14th and 15th August 2017, both India and Pakistan held prestigious events to mark the 70th anniversary of their independence.

As Pakistan gained independence on the 14th August, celebrations began with fireworks taking place on midnight.

The nation’s capital, Islamabad held the largest airshow in the country. Jets flew across the sky, leaving behind multi-coloured trails of green, white and red.

India began their celebrations on 15th August 2017. Prime Minister Narendra Modi held a traditional speech at the Red Fort to a huge crowd. Speaking for roughly 57 minutes, it marked as his shortest Independence Day speech during his run. 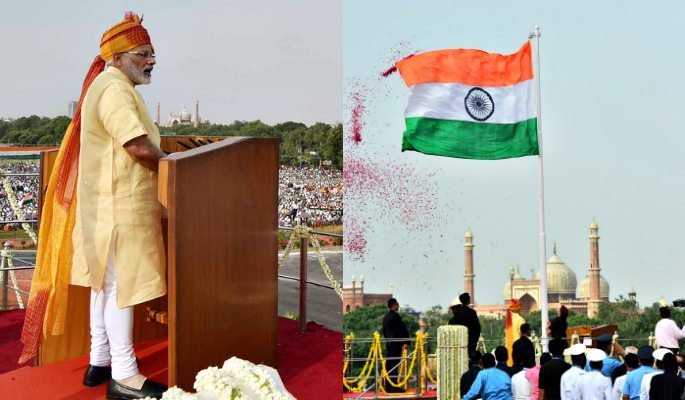 And now, throughout India and the world, many parades and flag-hoisting ceremonies will take place to mark the anniversary.

Many celebrities and dignitaries also shared in the celebrations of their respective countries:

Happy Independence Day to all of us.

A very happy Independence Day to #Pakistan and to all those marking the occasion in London and around the world. pic.twitter.com/ux1Y3A2jzv

The Reality of Partition ~ The Impact of Independence on Birmingham

To mark 70 years, Aidem Digital, parent company of DESIblitz, have explored the reality of the Partition of India. In particular, how it has impacted those who lived through it as they have now come to settle in the UK.

Through oral history interviews and funding from the Heritage Lottery Fund (HLF), a special documentary has been created, entitled The Reality of Partition ~ The Impact of Independence on Birmingham and the Black Country.

The film reveals the stories and some of the harrowing experiences of those who have experienced the Partition. For many, the Partition is an inherently personal story and each of our participants had a unique journey to share.

Shown at a special exhibition at Birmingham’s iKon Gallery, the film will be available to watch until 20th August 2017.

On 14th August, DESIblitz also held a special screening and Q&A session at the iKon Gallery. It welcomed participants who were interviewed for the documentary to share their stories.

Each of the Partition survivors revealed personal and emotional accounts of the Partition of India and its aftermath. The fascinating debate touched on life before Partition as they remember it. It also considered the political factors that led to the dividing up of the nation and the role that British imperial rule played. 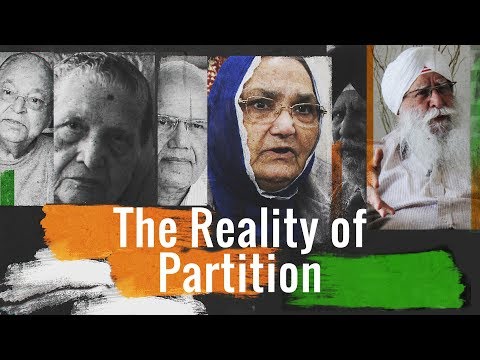 Overall, the event highlighted how important it is for young British Asians to understand their history, and for all communities to learn from the past and build bridges rather than create divisions.

Across the UK, many organisations have marked Independence Day through media coverage,flag-hoisting ceremonies and more.

The BBC has created a series of programmes, titled 70 Years On: Partition Stories to mark the 70th anniversary, exploring the Partition’s history and its legacy.

Shown over the course of August 2017, this season of programmes began with ‘My Family, Partition & Me‘. A two-part documentary, it follows Anita Rani, Binita Kane and others as they explore the emotional stories of their families in 1947.

With journalists Babita Sharma and Adnan Sarwar traversing either side of the border, they will discover how the Partition still affects those who live nearby. 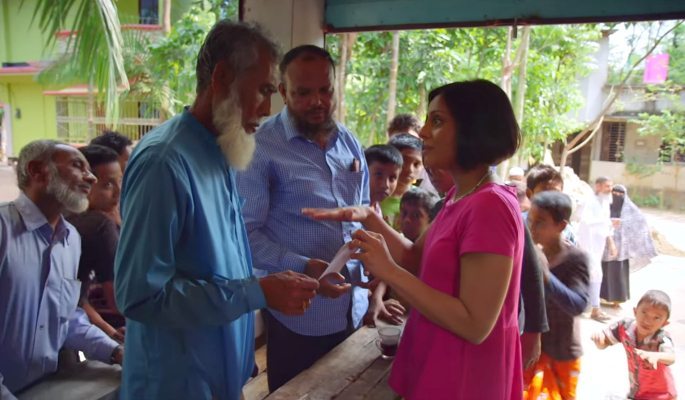 Other highlights of this season include ‘India’s Partition: The Forgotten Story‘, a documentary hosted by Viceroy’s House director Gurinder Chadha. As well as ‘Partition Voices‘, which presents the accounts of British Asians and Colonial Britons who experienced the Partition of India.

In addition, BBC Asian Network held a special two-hour debate at the Library of Birmingham where they invited guests to share their Partition stories.

As India and Pakistan celebrate gaining independence, the world has joined them in remembering the events of the Partition.

With such events and documentaries available, the key message of the 70th anniversary of India’s and Pakistan’s independence is to keep the memories of what happened so many years ago alive.

While some may remember Partition for its violence, others will celebrate independence for the freedom it gave to two nations.

In the end, as we reflect on the history of our homelands, we should move forward. And take positive steps toward unity and cohesion among all faiths and communities on whichever land we call our home.