Will Same-Sex Marriages be Allowed in India?

The debate for same-sex marriages being recognised in India is gaining momentum. Will the Indian LGBTQ community get a green-light?

"our society and our values do not recognise the marriage"

Same-sex sexual activity has been legal in India since 2018 when the LGBTQ community won a Supreme Court ruling.

Prior to 2018, having same-sex sexual relations in India was a crime punishable by a 10-year prison sentence.

The law punishes, in its own words, “carnal intercourse against the order of nature with any man, woman or animal”.

The LGBTQ community in India had been fighting social stigma, ostracisation and the fundamental violation of their rights for years.

As such, the supreme court’s ruling at the time was a huge victory for the community.

However, even with the LGBTQ community’s newly won rights, India to this day does not recognise same-sex marriages. 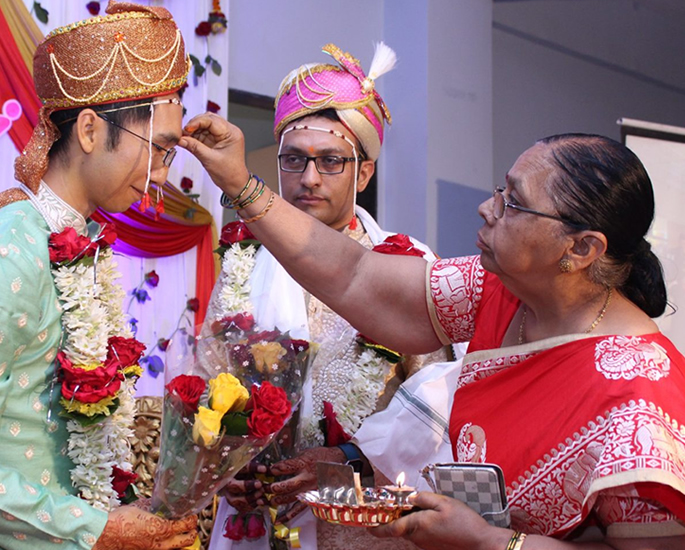 Between 2018-2020, up to three same-sex couples filed petitions arguing against the government’s refusal to recognise their union.

Two of those couples filed a petition in the Delhi High Court, and one in the Kerala High Court.

The petitioners argued that there is no provision in the Special Marriage Act preventing same-sex marriage.

They stated that nowhere in the act is marriage restricted to “only between man and woman.”

The Special Marriage Act, 1954 is an Act of the Parliament of India enacted to provide a special form of marriage for the people of India.

It was ruled that all Indian nationals in foreign countries were allowed to get married irrespective of the religion or faith followed by either party.

There has not yet been a provision added for a same-sex couple in the Special Marriage Act.

In addition, Public Interest Litigation (PIL) seeking to legalise same-sex marriage under the Hindu Marriage Act has been filed in the country’s Supreme Court.

India’s Solicitor General has taken a stance against the legalisation of same-sex marriage.

In a hearing in Delhi High Court in September 2020, the Union Government through its Solicitor General stated that:

“Our laws, our legal system, our society and our values do not recognise the marriage, which is a sacrament, between same-sex couples.”

The Indian government is sticking to its defence of “against Indian culture” when denying same-sex couple their constitutional rights.

“What is Indian culture? There are so many differences in how people live across the country.”

“When the central government talks about our culture, they are referring to the Hindu upper-caste culture.

“This particular petition doesn’t seem to challenge Hinduism. In fact, it tries to glorify the fact that Hinduism allows for transgressions.” 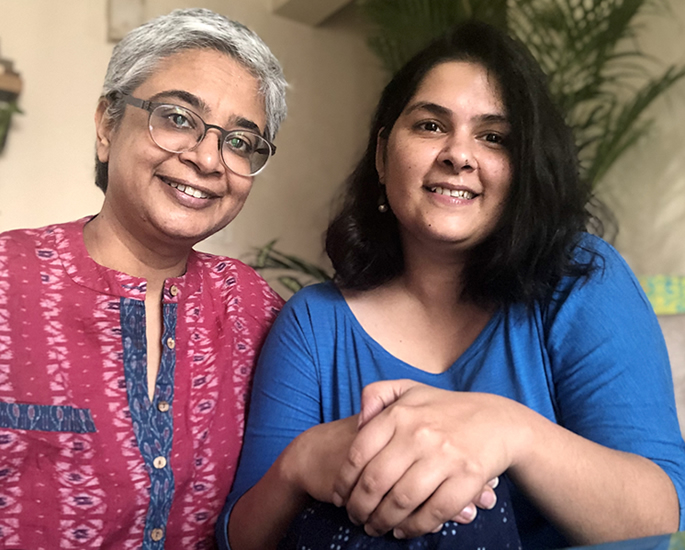 Among the couples currently fighting for their right to marry is a lesbian couple Kavita Arora and Ankita Khanna.

The two have lived together, shared finances, gone on vacation with their parents, and taken care of each other when ill.

Yet their 30-day notice to get married under the Special Marriage Act, 1954 (SMA) was turned down on the grounds that they are a same-sex couple.

On October 5, 2020, the couple filed a joint petition in the Delhi High Court saying that denial of the solemnisation of their marriage is:

“Purely discriminatory and an affront to the principles of equality and dignity enshrined under Articles 14, 15, 19 and 21 of the Constitution of India.”

Kavita and Ankita’s petition challenging the SMA in the Delhi High Court is not the only one.

On the same date, another couple also approached the Delhi High Court filing a petition alleging discrimination through the misapplication of the law.

The second case concerns two men, one of whom is an Indian citizen and the other a US citizen of Indian origin.

The two men got married in the US. They then sought to have their marriage registered under the provisions of the Foreign Marriage Act, 1969 (FMA).

Section 4 of the Act lays down the conditions for recognition of the marriage, which the two men clearly complied with.

However, in spite of complying with the law, the registration of the marriage was refused by the authorities at the Indian Consulate in New York.

This was on the ground that there were ‘no extant regulations’ enabling registration of same-sex marriages, a ground that is completely alien to the FMA.

The government had scheduled a hearing on the pending petitions in the High Court on January 8, 2021.

However, the court postponed the matter for further hearing on February 25, 2021.

The court stated that the centre’s counsel has received instructions from concerned officers and need some time to file the reply.

The Indian LGBTQ community is holding their breath in anticipation to see whether the government will allow them the same rights that heterosexual couples take for granted.

Akanksha is a media graduate, currently pursuing a postgraduate in Journalism. Her passions include current affairs and trends, TV and films, as well as travelling. Her life motto is 'Better an oops than a what if'.
10 Reasons Why South Asians Can’t Talk about Sex
The Origins of India’s Child Marriages