In a landmark decision which has lasted 158 years, India’s Supreme Court has ruled that gay sex is no longer a criminal offence.

"History owes an apology to LGBT people for excluding them."

On Thursday, September 6, 2018, India’s Supreme Court has ruled that gay sex is no longer a criminal offence.

The ruling overturned a 2013 judgement that upheld a colonial-era law, known as Section 377 of the Indian Penal Code, under which gay sex is categorised as an “unnatural offence”.

The law was rarely enforced in full but could carry a maximum sentence of life imprisonment.

Although it was rare someone would be severely punished, it was argued that it helped spread a culture of fear and repression within the LGBT community.

“A change in legislation will create a space of freedom where you can start expecting justice.”

Upon hearing the historical ruling, campaigners outside cheered and some broke down in tears when they found out the rule was changed.

One activist said: “I hadn’t come out to my parents until now. But today, I guess I have.”

The ruling represents a huge victory for India’s LGBT community.

This means that India now becomes the 26th country where homosexual relations are legal.

However, 72 nations and territories continue to criminalise it.

The decision was delivered by a five-judge bench led by India’s outgoing chief justice Dipak Misra and was unanimous.

Reading the judgement, he said:

Indu Malhotra, another judge said she believed “history owes an apology” to LGBT people for excluding them.

Justice DY Chandrachud said the state had no right to control the private lives of LGBT members.

Getting to this Point 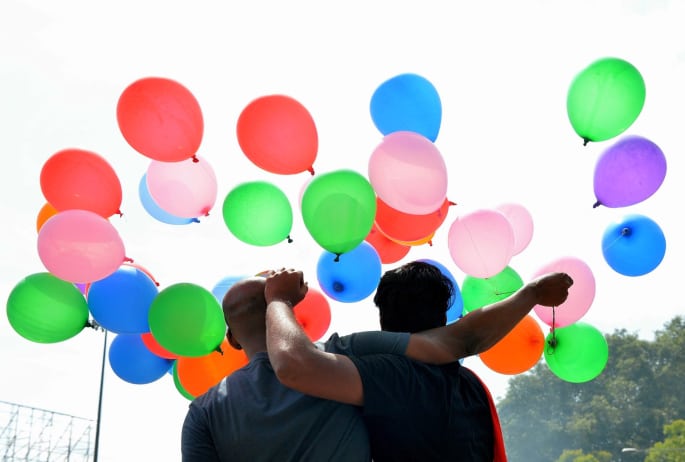 Getting to this decision has been a long road.

A bid to repeal Section 377 was initiated in 2001 and it went back and forth between court and the government until 2009.

This was when the Delhi High Court legalised consensual same-gender sex between adults.

In 2013, the Supreme Court overturned the High Court judgement saying a small fraction of the country’s population are LGBT, and it was unsustainable to repeal the act.

Anti-section 377 activists then submitted a formal request to review an earlier court order perceived as a “miscarriage of justice”.

As a result in 2016, the Supreme Court revisited its ruling.

It has taken another two years before the Supreme Court changed its rule on gay sex.

Reaction to the Ruling 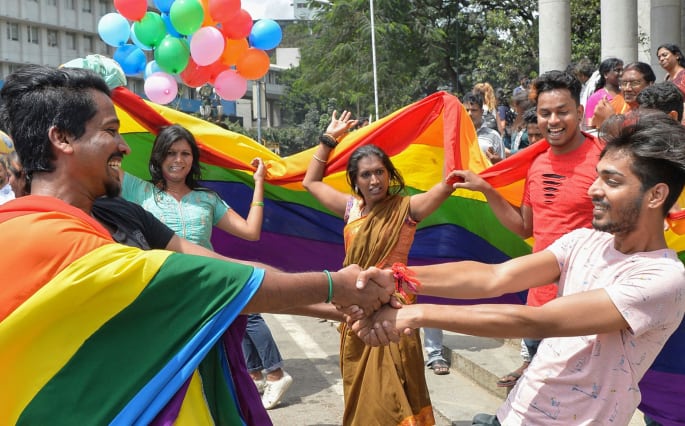 There has been a huge reaction of joy from many people towards the LGBT community who have fought vigorously to overturn the law.

Activists argued that the existence of such a law was evidence of discrimination based on sexual orientation.

“It’s like a second freedom struggle where finally, we have thrown a British law out of this country.”

“I think the next step would be to get anti-discrimination laws in place, or anti-bullying laws.”

Bismaya Kumar Raula said: I can’t even explain how I am feeling right now.”

“The long battle has been won.”

“Finally we have been recognised by this country.”

Rights campaigner Rituparna Borah spoke of the fight to get this ruling, he said:

“It’s an emotional day for me. It’s a mix of feelings, it’s been a long fight.”

“There was not enough media or society support earlier but we have it now.”

“People will not be seen as criminals anymore.”

Messages of support were also posted on Twitter by India’s LGBT community as well as notable Bollywood stars.

This included film producer Karan Johar, one of the few prominent faces in India who is openly gay tweeted:

Historical judgment!!!! So proud today! Decriminalising homosexuality and abolishing #Section377 is a huge thumbs up for humanity and equal rights! The country gets its oxygen back! ????????? pic.twitter.com/ZOXwKmKDp5

Karan Johar’s tweet received a lot of support from his fans as well as fellow LGBT advocates, receiving over 30,000 likes.

He said that the decision was something which should have happened a long time ago.

She took to Twitter to express her happiness on seeing India’s respect towards the LGBT community.

A supremely important judgement! “I am what I am so take me as I am,” says the Chief Justice of India as the Supreme Court decriminalises #Section377 in a unanimous vote from the bench. What a big win as a democracy and our fight for equal rights #ProudIndian #GoIndia pic.twitter.com/S6PZY5hVZF

Following the announcement on September 6, the Congress Party, the country’s main opposition, posted their congratulations.

They welcomed the Supreme Court’s “progressive and decisive verdict.”

We join the people of India & the LGBTQIA+ community in their victory over prejudice. We welcome the progressive & decisive verdict from the Supreme Court & hope this is the beginning of a more equal & inclusive society. #Section377 pic.twitter.com/Fh65vOn7h9

As supporters continue to celebrate the decision, activists are focusing their efforts towards the broader issue of equality.

Founder of the Naz Foundation, which led the fight against Section 377 Anjali Gopalan said:

“The next step is to start looking at issues of rights. Right now, it is just decriminalising.”

“The right that every citizen of the country should have access to and should not be taken for granted.”

“Things that no one questions and that are clearly denied to a certain section of citizens.”

Dhiren is a journalism graduate with a passion for gaming, watching films and sports. He also enjoys cooking from time to time. His motto is to “Live life one day at a time.”
Eight Men Jailed for Impersonating Police and Stealing £242,000
Man jailed for Obsessive Stalking and Acid Attack Threats