Biopic on Only Indian Boxer who fought Muhammad Ali

Indian boxer, Kaur Singh is India’s forgotten champion. Slay Records is coming out with his journey and how he went on to fight Muhammad Ali.

"We are eager to bring out this emotional journey"

Slay Records will be releasing a biopic of the life and achievements of the only Indian boxer, Kaur Singh.

According to the co-producer and partner in Slay Records, Gurlove Singh Ratol, the filming for the movie has finished and post-production has begun.

Heavyweight champion, Kaur Singh, is the only boxer to hail from India to have ever fought against the sport’s greatest, Muhammad Ali.

In 1982, the Indian boxer won three gold medals in the Asian Championship and Asian Games. He went on to represent Indian in the 1984 Los Angeles Olympics.

In India, he has also been awarded the Padma Shri Award and Arjuna Award. 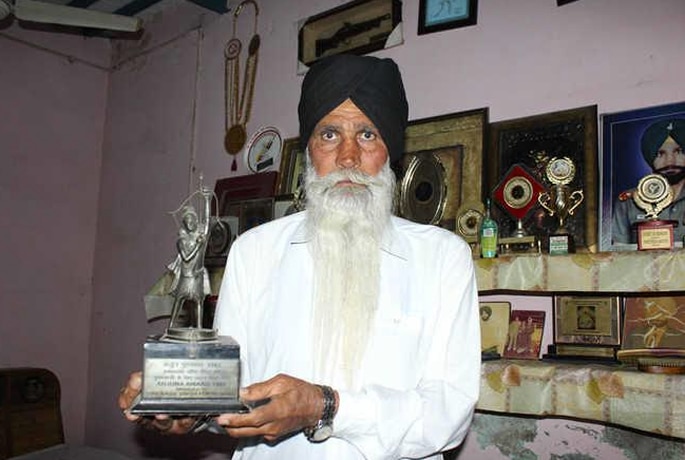 Co-producer Gurlove explains how the team thought of the idea of producing a biopic of Indian boxer, Kaur Singh. He states:

“I was looking for the right story for my company Slay Records’ debut production. Fortunately, I came across a very strong concept in the form of ‘Padma Shri Kaur Singh’ – a story of a forgotten hero from Punjab.

“Kaur Singh Ji had won 11 Gold medals for India including Asian Games heavyweight gold, Delhi in 1982. Singh is the only boxer from India who fought against boxing legend Muhammad Ali.”

He continued to mention there is more to see than just the Indian boxer’s life in the ring:

“But there’s more to his story than just his sporting life. We are eager to bring out this emotional journey of a sportsman on celluloid.”

Adding to how they decided on the tale of Kaur Singh, co-producer and partner in Slay Records, Kanwarnihal Singh Gill said:

“As soon as I and Gurlove were narrated Kaur Singh’ inspiring story, we were sure that we will be a partof this film. We had selected this story in January 2019. It has been shot in various parts of Punjab and we are planning a worldwide release in the first quarter of 2020.”

He underwent eight months of rigorous boxing training in Canada before shooting for the film.

Padma Shri Kaur Singh is due to release by March 2020. We look forward to watching the life of the lone Indian boxer whose journey will be bought back to life in cinema.

Ayesha is an English graduate with an aesthetic eye. Her fascination lies in sports, fashion and beauty. Also, she does not shy away from controversial subjects. Her motto is: “no two days are the same, that is what makes life worth living.”
Pakistani Actress disappears in UK claiming she was a ‘Slave’
Kal Penn tells Lilly Singh Indian Restaurants ‘Lie’