Dowry Suicide on the Increase in India?

Dowry suicide in India where women are taking their own lives after abuse and harassment seems on the increase. We explore the possible reasons behind it.

"a month after they started to harass my daughter again"

Nearly every other day, headlines for dowry suicide are seen. Does this mean it is on the increase?

From newly married women to longer-term marriages, women are being tormented for not bringing enough dowry.

Especially, among rural families in India, the ugly truth is that the married women do not seem to have a way out, except take their own lives.

Many are from poor families, where the parents just about manage to get funds together for their weddings.

But it is not just limited to rural families. The request for dowry and more of it is spread across the metros and cities too.

It seems that in-laws, including the husbands, team up not long after a wedding to demand more dowry.

Leaving the women distraught. Especially, because of the pressures, it puts on them as well as their parents and family.

While many will see the issue of dowry as archaic and something that should not exist, it is not simple for families of women who have demands put on them.

Not meeting dowry requirements, is seen as bringing ‘shame’ on the family. Therefore, parents get into huge debt trying to meet demands.

So, when demands for dowry continue post the wedding, by the sheer greed of in-laws, it leaves the girl’s side in an extremely difficult situation.

This can then lead to ‘death by dowry’ and dowry suicide cases. 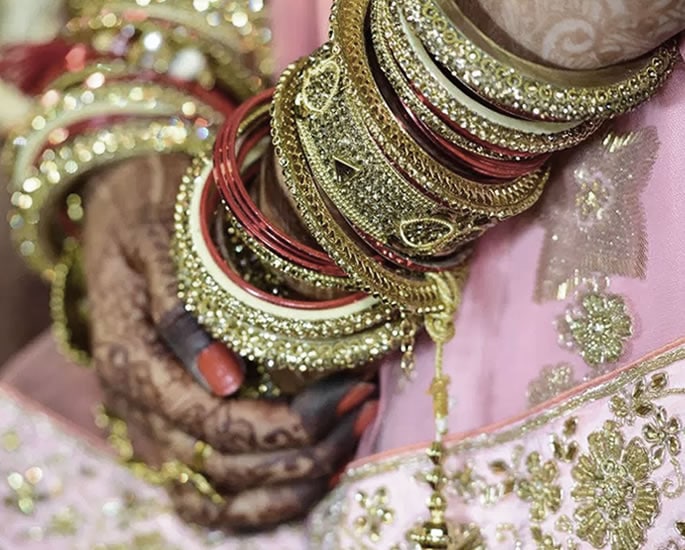 Dowry demands are usually expected prior to the wedding, giving the girl’s family a sure idea of what is required of them.

Most of the suicides are related to breakdowns in marriages sometime after the wedding.

A typical example of dowry suicide happens when in-laws harass the daughter-in-law and her family beyond affordability means.

In one case, in Delhi’s Sangam Vihar, a woman known as Babita Pathak, committed a dowry suicide by consuming a poisonous substance after she was assaulted by her husband.

“My daughter was often assaulted badly by Arvind Pathak whenever they asked her for taking Rs 2 lakh as dowry from me.

“At the same time, I tried to tackle the issue with Pathak and his family but later a month after they started to harass my daughter again.”

A case in March 2019 was that of Surekha Desale from Shahapur taluka in Maharashtra.

After she married, she was first harassed for dowry and then also for not giving birth to a boy after having two daughters.

After she was reported missing by her family, her dead body was found floating in a village well.

A dowry suicide which took place in a city is that of a woman named Rupini, a software engineer, from Hyderabad.

After she got married in March 2018, she was constantly being harassed by her husband and his family to bring more dowry.

She took her own life by hanging herself.

These cases are the tip of the iceberg and a tiny example of many more, taking place literally every day across India.

Dowry suicide is a destructive aspect of Indian life which is taking innocent lives based on the greed and demands of husbands’ and in-laws’.

These women do not dream of getting married only to end up taking their own lives. What is meant to be the happiest time of their lives, actually results in constant harassment, abuse and violence towards them. 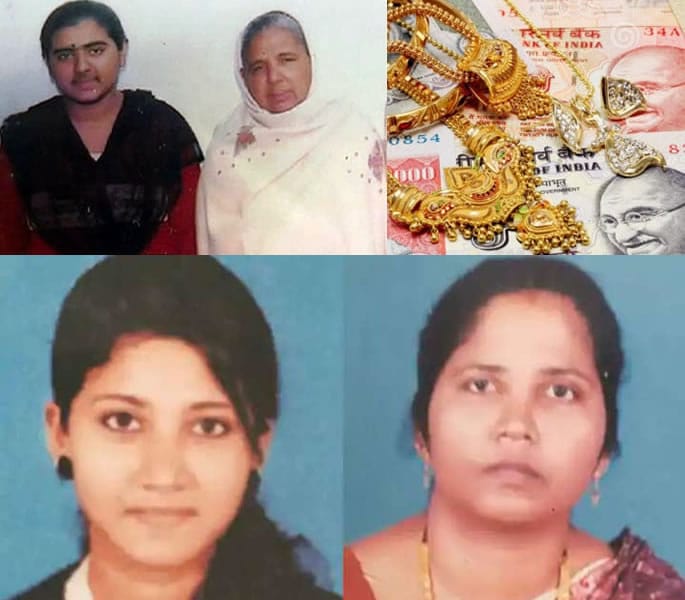 There are even cases of not just the married woman committing suicide but in some cases, parents with them too.

A tragic case in Nawanshahr, Punjab, in March 2019, highlighted the plight of daughter Amarpreet Kaur and her mother Jaswinder Kaur, who both took their lives.

Amarpreet received non-stop harassment and abuse over dowry from her husband, his younger brother and mother-in-law.

After confiding in her mother, she told her of the threats her in-laws made to kill her. Being a poor family, her mother was helpless.

Despite her family trying to make her in-laws understand in a meeting, they would not have any of it and would not back down.

Devasted by the outcome, after returning home, mother and daughter took overdoses of Sulphas tablets and committed suicide.

Another similar case took place in Kerala, in May 2019, where 19-year-old Viashnavi and her mother, Lekha both took their lives over a dowry dispute.

These cases are only two examples of many where both mothers and fathers have lost lives for the sake of their daughter’s wellbeing in a marriage due to dowry abuse. 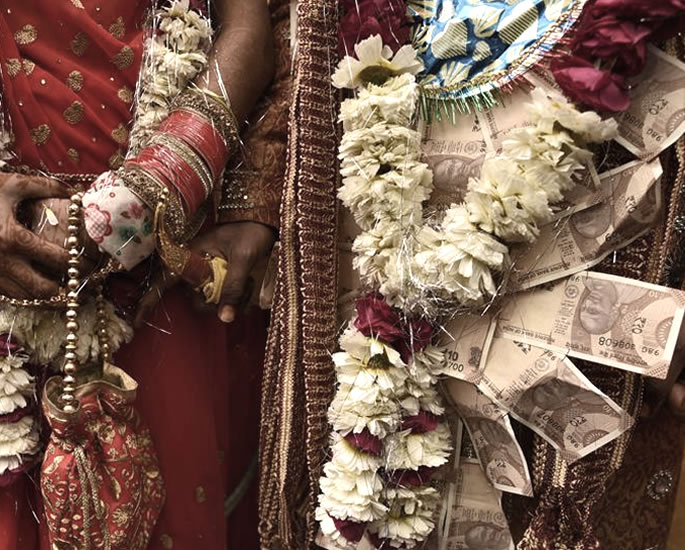 While cases of dowry suicide are the most tragic, there are cases where weddings halt if the dowry is not met on the day, on-going violence against the woman, and even murders committed by in-laws.

A case in Jalandhar Punjab, resulted in the groom and his family walking out of the wedding in April 2019.

The walk-out by Rohit and his family took place after issues over not enough gold rings given in the dowry to relatives.

Leaving the wedding bride, Payal and her family completely distraught and embarrassed.

A woman had been trashed and beaten with a belt by her husband after she refused to bring Rs 50,000 from her parents for dowry.

For not fulfilling his demand, after she fell unconscious he tied her hands to the ceiling with the help of her dupatta.

He had filmed the full incident to show her family of what will continue if his demands are not met.

In a case of dowry murder, a daughter-in-law and her father were deliberately killed due to them not giving more dowry after the wedding.

The tragic incident took place in Etah in Uttar Pradesh.

Savitri Devi and her father Rakshpal Gupta were murdered after they tried to console husband and his family over a dowry disagreement between the families.

Hence, showing that dowry is one major cause of violence and murders in India against women, specifically, married women.

Can Dowry Suicide Be Tackled?

All of these cases and incidents highlight that dowry demands do not seem to be decreasing, but increasing in India.

Hence, increasing the risk to the lives of married women, be they newly married or in a marriage for some time.

For some, tragically, they decide to commit suicide and put an end to the demands on their family by martyring themselves.

For others, it is an ongoing violation of their trust in a marriage and failure of a family that is supposed to treat them like a daughter and not a cash cow used to fulfill their greed.

In a country with a society coloured like a rich fabric of different sub-cultures and opinions, getting through to reduce such tragedies has to be via education at the grassroots level.

Education, respect and regard towards women are urgently needed in India for it to try and survive this epidemic of horrific suicides and killings.

Young men and women as well, who will be future husbands and mothers-in-law in future generations are the only ones who can help eradicate such a practice.

Otherwise, headlines of dowry suicide are sadly set to continue.

Priya adores anything to do with cultural change and social psychology. She loves to read and listen to chilled music to relax. A romantic at heart she lives by the motto 'If you want to be loved, be lovable.'
How Sexist is Pakistani Society Towards Women?
Real Stories: Marriage and Giving a Dowry in the UK