The Hilton Manchester Deansgate laid out its blue carpet for the fifth Asian Media Awards (AMA) 2017 on Wednesday 25th October.

Reuniting some of the biggest and brightest names in British Asian media, the AMAs celebrates journalists, actors, presenters, publications and more. All of whom have made a significant impact on the UK media scene.

Guests from across the UK were led across the Hilton foyer and up the clear staircase where they indulged in cocktails and chatter before the proceedings began.

Hosting the evening was the very charming Nina Hossain. The familiar news presenter welcomed guests and spoke of the vital contribution that British Asian media has made over the years. From creating outstanding documentaries that tackle cultural taboos, to encouraging the next generation of young journalists to realise their potential.

Awards were presented in all aspects of Asian media, including public relations, TV, radio, online and print. In particular, Special Awards were presented to key media figures of the industry. These included Anita Rani, who won ‘Media Personality of the Year’ and acclaimed filmmaker, Gurinder Chadha who received the ‘Sophiya Haque Services to British Television & Film Award’. 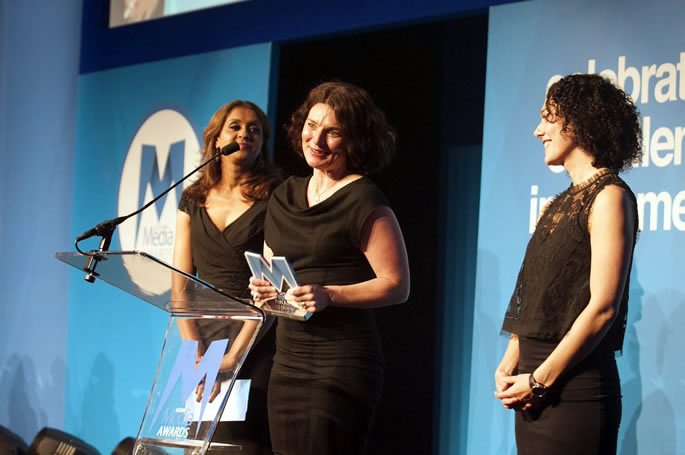 In addition, it was equally wonderful to see how many inspiring British Asian women were honoured throughout the evening. Nelufar Hedayat, who won ‘Journalist of the Year’, said:

“I can’t quite explain what it means to me as a British Asian woman to be recognised in this way. I want to thank everybody for the support they have shown me and the other people in the category who stood alongside me.

“To be in the company of such strong, proud resilient journalists is such an honour. As this industry progresses, it gets harder and harder to make these films.

“If we journalists are passionate and giving and want to tell these stories, there will always be someone willing to allow us.”

Nelufar was also awarded ‘Best Investigation’ for The Traffickers, produced by Lightbox.

DESIbltz.com was also honoured to win the ‘Best Website’ award for the third time. A fantastic achievement for the entire team, Managing Director, Indi Deol said: 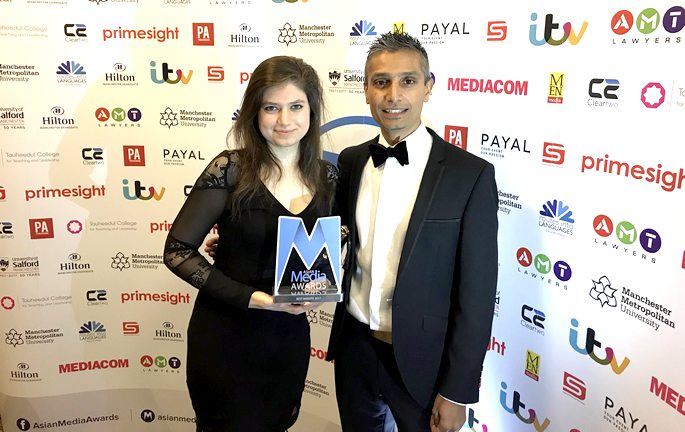 “We are as passionate as the day we started about the need to develop young people into journalism and digital skills so that Asian communities have a voice through a trusted platform like ours. In a world where fake news seems to have taken over, we are proud to support this industry in the most original, credible and forward-thinking way.

“We thank Asian Media Awards for honouring us to be the recipient of our third award, which highlights our ability to deliver compelling online content continuously over the years to be worthy of such recognition.”

Other winners included The Asian Today who won ‘Publication of the Year’, while ‘Best Blog’ went to Metro writer, Taran Bassi.

In the Radio category, popular national station, Sunrise won ‘Radio Station of the Year’ while ‘Radio Presenter of the Year’ was awarded to Nihal for his work with BBC Asian Network and BBC Radio 5Live. 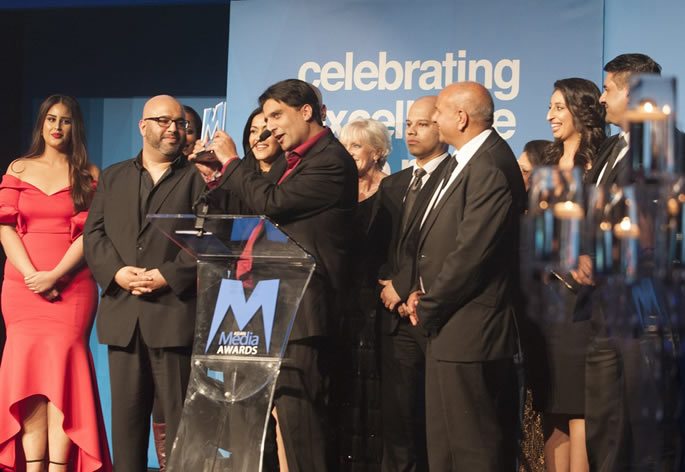 With 2017 also marking 70 Years of the Partition of India, numerous documentaries commemorating the lives of South Asians and their experiences were also recognised. ‘Best TV Programme/Show’ was given to Anita Rani’s BBC series, My Family, Partition and Me: India 1947.

The final award of the evening was ‘Outstanding Contribution to Media’, which was given to Yasmin Alibhai-Brown. Yasmin has been a fierce supporter of minority groups throughout her long illustrious career. On receiving the award, she said:

“This is an honour I did not expect in my lifetime. It is for me and all those Asian women and men who now shine in the media today.

“Many are friends and mentees. I know how hard it is- how much Asian and black talent has to strive to get noticed, get the breaks, to get where they want and deserve to be. This is a celebration of all that. There is still a long way to go.” 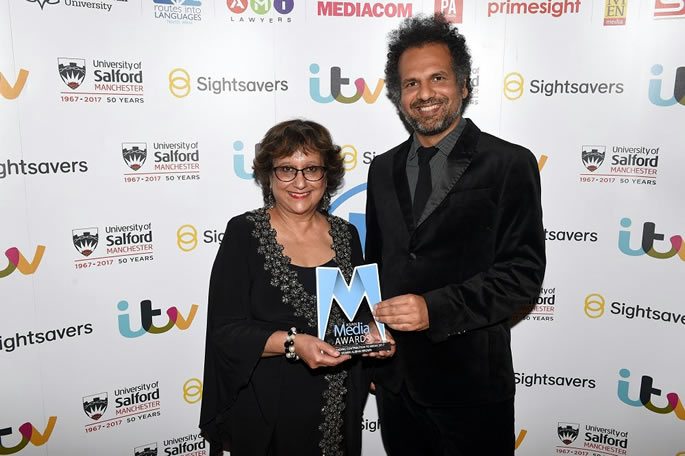 Here is the full list of winners of the Asian Media Awards 2017:

Publication of the Year
The Asian Today

Best TV Programme/Show
My Family, Partition and Me: India 1947

Journalist of the Year
Nelufar Hedayat 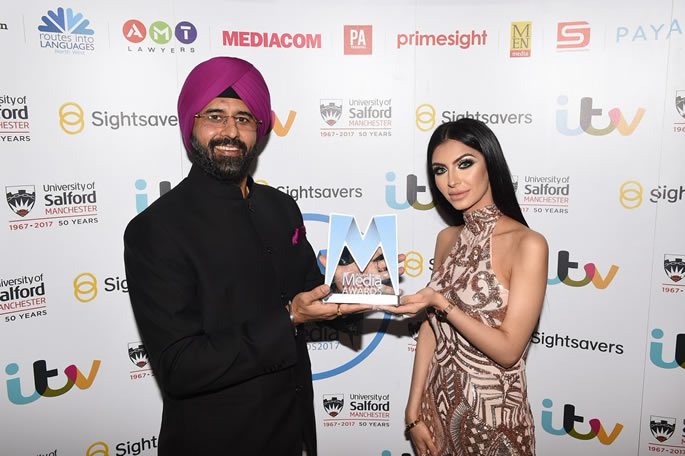 The AMAs once again displays the united front of Asian media in the UK.

Celebrating unique and courageous voices from across the community, it is clear that the impact of British Asians on local and national media is both vital and unwavering. Without a doubt, it is an exciting time to be part of Asian media in the UK.

DESIblitz wishes warm congratulations to all the winners!