The third Asian Media Awards returned to Hilton Deansgate in Manchester on October 29, 2015. Media talents and personalities gathered for a joyous evening.

"This is a great recognition of all the hard work that goes into producing the quality content you see on a daily basis."

British Asian media talents dressed to the nines in tuxedos and glittery gowns at the third annual Asian Media Awards on October 29, 2015.

They descended upon the beautiful Hilton Deansgate in Manchester for a remarkable evening of celebration.

A total of 20 coveted awards were handed out to recognise the industry’s outstanding work in various medium, such as TV, radio, print and online.

Popular reality TV show, Desi Rascals, won Best TV Show. The cast were absolutely elated as they accepted the award in front of a cheering crowd.

BBC Asian Network was once again the big winner in the radio category, picking up the awards for Radio Station of the Year and Best Radio Show for DJ Noreen Khan. 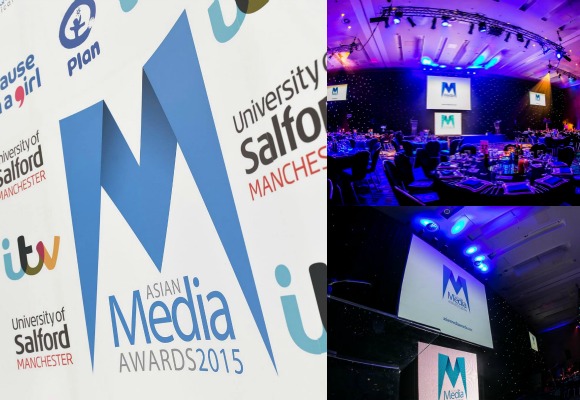 DESIblitz.com took home the award for Best Website for the second time in three years.

With the support of a diverse and dedicated team, the online lifestyle magazine has enjoyed a fruitful 2015, delivering story-driven articles and video content to both its British Asian and global readers.

Director Indi Deol says: “This is a fantastic achievement for the DESIblitz team, and a great recognition of all the hard work that goes into producing the quality content that you see on a daily basis.

“I’ve generally found that marketing agencies think that Asian media doesn’t carry any weight amongst mainstream publications, particularly in the online world. But DESIblitz.com has seen a growth of readers, 160 per cent in the last year, who are all keen to read original and unique content.

“That in itself, alongside all the other publications that have been recognised at the Awards this year, is proof enough of how relevant and vital Asian media is in the digital and online sphere.”

India’s Daughter, a BBC documentary that explores the events around the brutal rape incident in Delhi in 2012, won Best Investigation award.

Its victory also brought with it an important message from the production team, who expressed an unyielding love for India and called for wider awareness to the social issue. 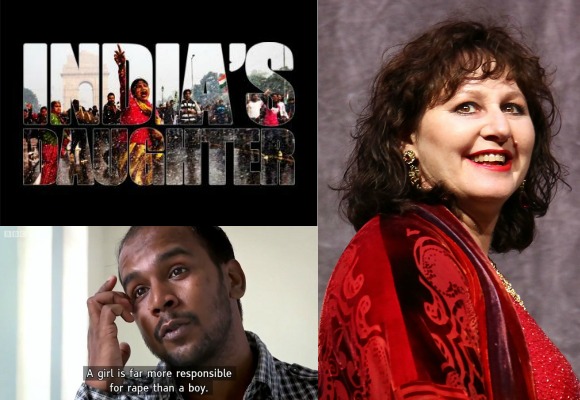 Another touching moment came when Tara Prem received the ultimate recognition of the evening – Outstanding Contribution to Media Award.

Born to an Indian father and Irish mother, Tara spoke of her first-hand experience of building her career in the media as a British Asian.

Recalling working on The Second City Firsts at BBC, she said: “I don’t think I would have looked at things from that perspective if I hadn’t had an Indian background.

“I was very lucky to work in TV drama in the seventies. Like me, most of the colleagues came from a background in the theatre, and believed in the quality and importance of the work we did.” 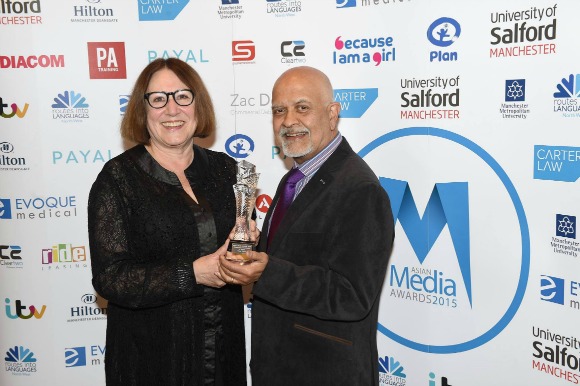 The award ceremony was followed by a mouth-watering and elegantly-served three course meal, and a gorgeous musical performance featuring pop hits, like ‘Thriller’ and ‘Get Lucky’, on a Sitar.

Media students and aspiring journalists from the University of Salford also played a big part of the gala night, supporting filming for the event and liaising with winners and media partners.

Here is the full list of winners for the Asian Media Awards 2015:

TV Channel of the Year

TV Presenter of the Year 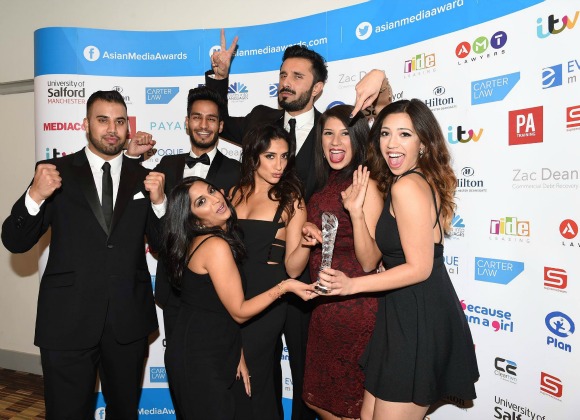 Radio Station of the Year

Regional Radio Station of the Year

Journalist of the Year

Regional Journalist of the Year

Publication of the Year
Asian Express 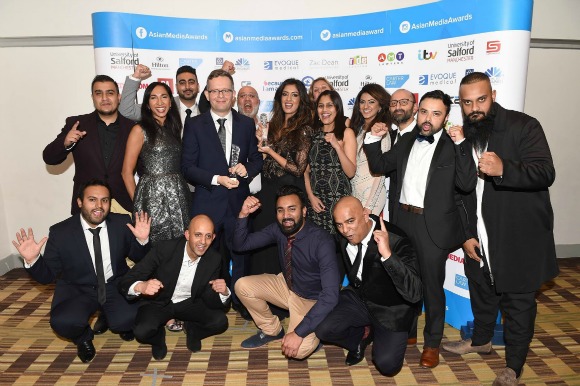 Best Stage Production
Bend it Like Beckham: The Musical

As always, the Asian Media Awards continue to recognise the brilliance and perseverance of Asian media in the UK, and promote high quality journalism that inspires all.

It is also encouraging to see plenty of fresh new faces, demonstrating the Awards’ ongoing efforts to celebrate diversity and develop young talents through their partnership with local organisations.