The Asian Media Awards took place on Thursday, October 24, 2019, at the Hilton Manchester Deansgate to honour Asian talent within the UK media industry.

"Thank you to the Asian Media Awards for this."

The event was sponsored by the University of Salford and it was attended by journalists, bloggers and media professionals.

Ash received the ‘Media Personality of the Year,’ becoming the youngest winner of the award. She said:

“I genuinely believe that there is no such thing as individual success.

“She is a dedicated anti-racist, a feminist. Her and my grandmother set up the first domestic violence shelters in this country. And she also raised me and my sister single-handedly.”

“Thank you to the Asian Media Awards for this. To win an award which previously honoured the likes of Krishnan Guru Murthy, Fatima Manji, Naga Munchetty…thank you so much for lowering your standards this year!

“I still haven’t processed it, because the people who won it before me are the people I grew up watching on screen.

“What I can’t compute is that I’m a person who shares a screen with them, so in terms of what it means, ask me in ten years because right now I’m just stunned.” 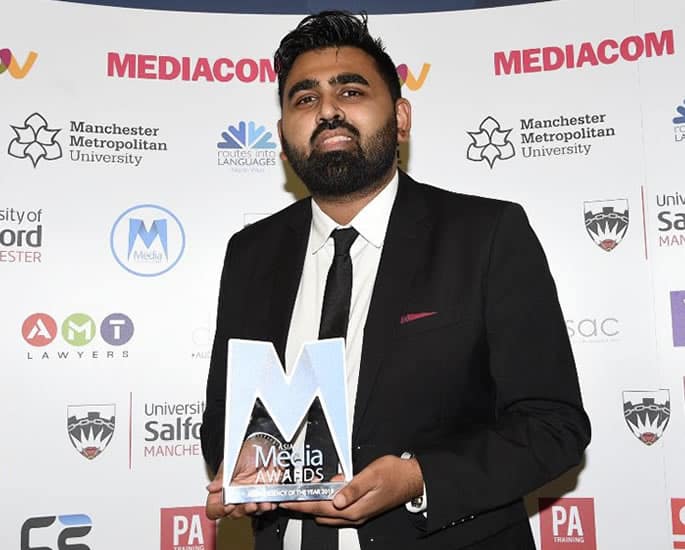 The ‘Sophiya Haque Services to British Television and Film Award’ was presented to actress Shobna Gulati who mentioned:

“It feels incredible. When I first found out I thought it wasn’t for me.

“In fact, I said when I was up there, I’m accepting this for all the pioneers, the South Asians that have been on screen.”

“There’s not been many, but it’s for all of them that have been there on our journey together, opening those doors.”

BBC’s Newsnight picked up the coveted ‘MMU Journalist of the Year’ and the ‘TV Report of the Year.’

Yasminara Khan won the ‘Journalist of the Year Award ‘for her investigative work while Katie Razzall picked up the TV Report prize for ‘Britain’s Yellow Vest Activists.’ Yasminara said:

“It’s shocking, exciting and I’m just really happy. I’ve been lucky to work on a range of films that particularly impact on the South Asian community, like the far-right, LGBT issues or Windrush.

“My advice for anyone is it’s hard, but be authentic. And chase. Chase stories. When you feel it, you know. Obviously be backed up by the facts, but chase it, be authentic and be tenacious.”

The ‘Best Investigation Award’ went to Rising Silence, which was about the experiences inflicted on Birongana women during the 1971 Bangladeshi war.

At the awards event, the filmmaker Leesa Gazi said:

“I am truly honoured today so thank you. Thank you to listening to the Birongona women of Bangladesh.

“Our film Rising Silence has nine accounts of the nine survivors. Five of them died during the post-production of the film but their stories will live on.

“So, thank you so much for recognising their plight and for listening to them.

“I would like to take this opportunity to express my gratitude and love for the entire production team of Rising Silence.”

On the radio side, BBC Asian Network won two awards, with ‘Harpz Kaur bagging the ‘Radio Presenter of the Year’ award and Bobby Friction and his team winning ‘Best Radio Show’ for the second time. 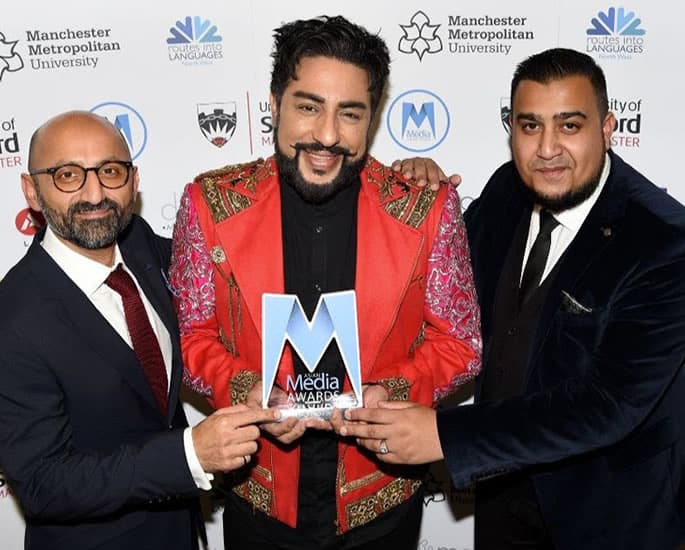 In what was their 30th anniversary, Sunrise Radio was named ‘Radio Station of the Year.’

At the event, renowned royal photographer Anwar Hussein received the ‘Outstanding Contribution to Media Award’ in recognition of his 60-year career. Hussein expressed his delight saying:

“I’m pleasantly surprised to get this award. I never expected this so I will take it gracefully. Thank you.”

“It’s flabbergasting that I’ve been able to photograph all these people, not only that but sometimes to chat with them and their families. From Mandela to Mother Theresa, John Wayne, everybody.

“When I was living in Africa in a village, the only picture I saw of the queen was a little stamp. Then you come back 20 or 30 years later and my pictures are used in her stamps.

“I’ve got six pictures in her royal collection. It’s amazing.

“People like John Wayne, I used to see them in little cinemas and then I come to meet John Wayne, and I sit with him and he teaches me how to smoke a cigar. Who would have thought?”

The likes of Sunetra Sarkar and Nabhaan Rizwan also picked up awards. 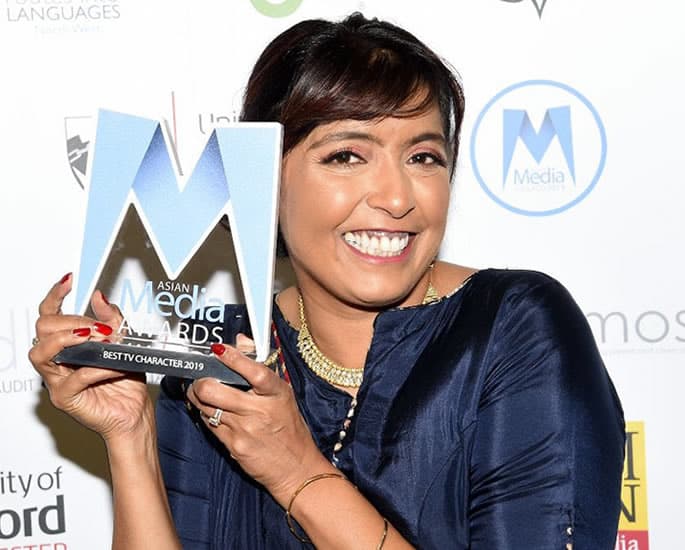 Here is the full list of winners for the 2019 Asian Media Awards:

The twenty-six winners prove that the Asian Media Awards can only get bigger and better. Congratulations to all of the winners.