A Dutch Pakistani has launched a campaign called #IamRabiPirzada in support of Rabi Pirzada after her private videos were leaked.

"I really want that you support this motion."

The campaign #IamRabiPirzada was started by a Dutch Pakistani woman in support of Rabi Pirzada after several of her private videos were leaked.

Since the leak, some social media users condemned the person responsible while others slammed Rabi for making the videos.

Rabi later approached the Federal Investigation Agency (FIA) to file a complaint, saying that her data had been hacked.

She explained that the videos were on a smartphone that she had sold some time ago. Rabi also filed a complaint against the shop who she had sold it to.

The singer asked the FIA’s Cyber Crime department to take swift action against the person responsible for leaking her videos.

Since then, a movement has emerged in support of her under the hashtag #IamRabiPirzada. 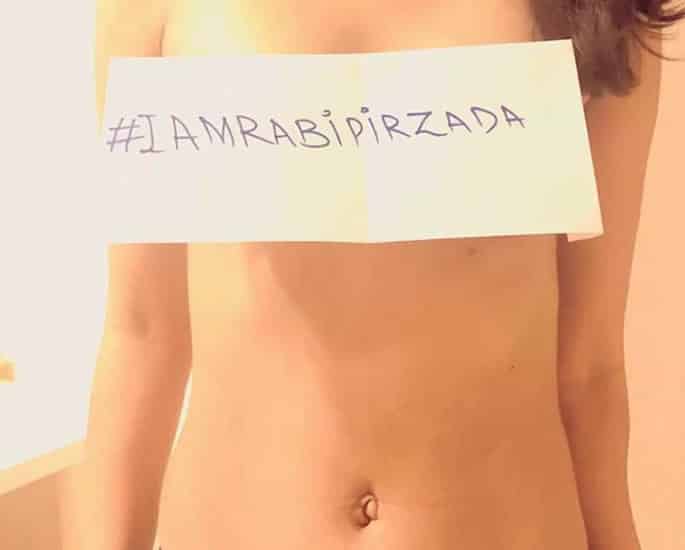 Dutch Pakistani woman Fauzia Ilyas started the campaign. She is the president and co-founder of the Atheist and Agnostic Alliance Pakistan.

Fauzia is openly atheist and she fled Pakistan after receiving death threats and faced potential legal charges for blasphemy.

She moved to the Netherlands where she is a campaigner for feminism, secularism and atheist rights in Pakistan.

Fauzia has now started the #IamRabiPirzada campaign and it has received a lot of support.

“We’re going to start a Facebook campaign in solidarity with a Pakistani singer, whose nudes had been leaked before two days.

“We’re taking our photos with the #IamRabiPirzada and posting them on Fb. Because Pakistani people are cursing her.

“I really want that you support this motion. That would be really great. You can post it on your own or send it to me. I can do it on your behalf.”

Many people posted pictures of their bodies, supporting the Pakistani singer. 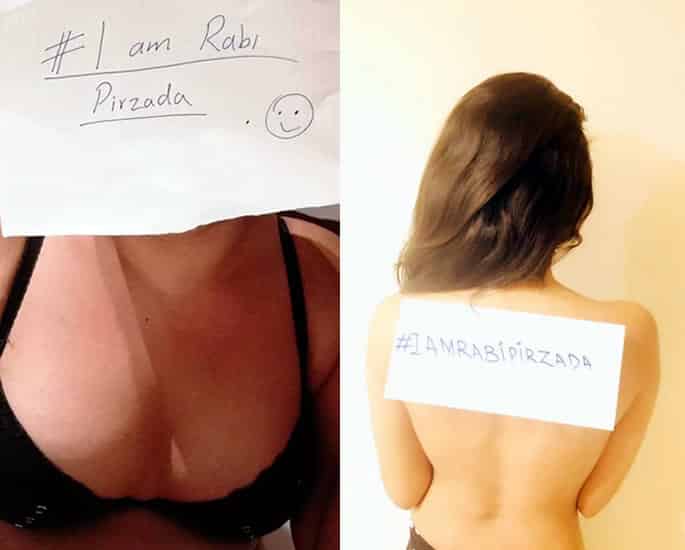 Some users stated that Rabi has the right to make her own choices and that others should not criticise her.

Others said that you should not be ashamed of your body.

One person posted on Twitter: “No one to pass comments, no one to judge, no one to criticise, no one to curse on one’s privacy. There’s nothing to be ashamed of.”

The campaign became one of the top trends in Pakistan. Despite the huge attention, Fauzia said that she will not stop raising her voice on certain issues.

She said: “Ok so it’s ‘top trending’ on Twitter.

“Still won’t stop speaking. Still will continue to raise my voice. Whenever I’ll see anything wrong.”

“Me and like-minded people are enough. You have to learn to not interfere in other’s life. You’ve to stop to abuse women. You’ve to learn that what does mean by fundamental rights.”

Dhiren is a journalism graduate with a passion for gaming, watching films and sports. He also enjoys cooking from time to time. His motto is to “Live life one day at a time.”
The Asian Media Awards 2019 Winners
Ratan Tata invests in impressive Indian Dog Collar startup