EE has announced that the famous 2-for-1 on cinema tickets, originally known as Orange Wednesdays, will be cancelled from 25th February 2015. Desi cinema goers should take advantage of the deal while it lasts.

Since 2003 Orange Wednesdays have been a mainstay for Brit Asians.

The company EE has announced that its 2-for-1 cinema ticket offer will be axed from the 25th February 2015.

Before Orange and T-Mobile merged in 2010, the 2-for-1 deal was known as the Orange Wednesday’s deal.

Originally, launched in 2003, Orange Wednesdays have been a mainstay for British Asians, and customers are now facing the prospect of a mid-week without pizza and a movie.

The deal used to provide a free cinema ticket to anyone on the EE network, and also a main meal and doughballs side dish at Pizza Express.

At the same time that this deal started, the mobile phone provider also put funding into the Orange Gold Spots programme, which ran in movie theatres across the UK. This meant that before films, adverts for Orange would be shown, featuring stars such as Carrie Fisher and Patrick Swayze.

Over the years, EE has been a big feature in the UK film going experience, but now this is due to change. 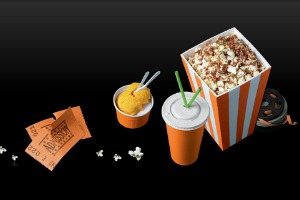 An EE spokesperson stated: “Orange Wednesdays launched over a decade ago and at its peak was a massive success and an iconic promotion.”

But, despite acknowledging that the 2-for-1 deal was a great promotion, the EE representative said that the time had come for it to end.

They said: “After 10 years our brand has changed and our customers’ viewing habits have also evolved so it’s time to move on.

“That’s why the final credits will roll for Orange Wednesdays at the end of February 2015.”

For those worried about their cinema going next year, however, EE have confirmed that the demise of Orange Wednesdays will not mean they can’t get a good deal.

EE have confirmed that there will be more promotional deals to take advantage of soon. The spokesperson said: “We’re working on new customer entertainment rewards and we’ll provide more detail soon.”

This decision to axe the 2-for-1 is thought to be linked to falling cinema attendance, due to many people having tablets and smartphones, and choosing to watch films this way instead of taking a trip to see them on the big screen. 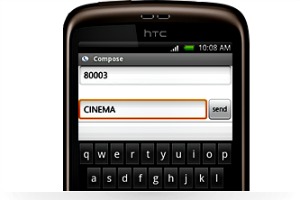 However, the company Money Saving Expert has stated that it may be interested in setting up a similar deal, working with the film industry to provide discounted tickets.

The insurance business, Money Saving Expert would set up this deal with the Comparethemarket.com part of their business.

A representative for Comparethemarket.com said: “We can confirm that we are currently exploring a mutually beneficial partnership with the cinema industry.”

Until this new deal comes into effect, however, desi fans of the 2-for-1 on Wednesdays will have to do their best to take advantage of the deal over the next few months.

With a lot of great releases coming up, now is the perfect time to escape the cold and take the whole family to the cinema for a cosy movie.

Remember that the deal ends on 25th February 2015, so get your money’s worth at the cinema before then!

Eleanor is an English undergraduate, who enjoys reading, writing and anything media related. Aside from journalism, she is also passionate about music and believes in the motto: “When you love what you do, you’ll never work another day in your life.”
Sansui Colors Stardust Awards 2014 Winners
PK to Break all Box Office Records?