Deepika Padukone took to her Instagram handle to share pictures of her stunning look in a bright orange swimsuit from Gehraiyaan promotions.

Deepika Padukone set the internet ablaze with a photoshoot in which she wore a bright tangerine swimsuit.

Diving into a swimming pool for the sultry photoshoot, Deepika wore a tangerine monokini.

Taking to her social media handle, the actress shared two pictures that instantly made fans go weak in their knees as she put her sartorial foot forward.

The pictures featured Deepika donning a stylish swimsuit that came in a bright orange hue and with a backless detail to add to the hotness quotient.

Pulling back her tresses into a low messy bun, Deepika aced the beach vibe and accessorised her look with a gold finger ring while flaunting white-painted manicured nails.

Striking sensuous poses for the camera underwater, Deepika set her fans in a frenzy.

She simply captioned the pictures: “Sometimes, the safest place to be is underwater… – Marisa Reichardt.” 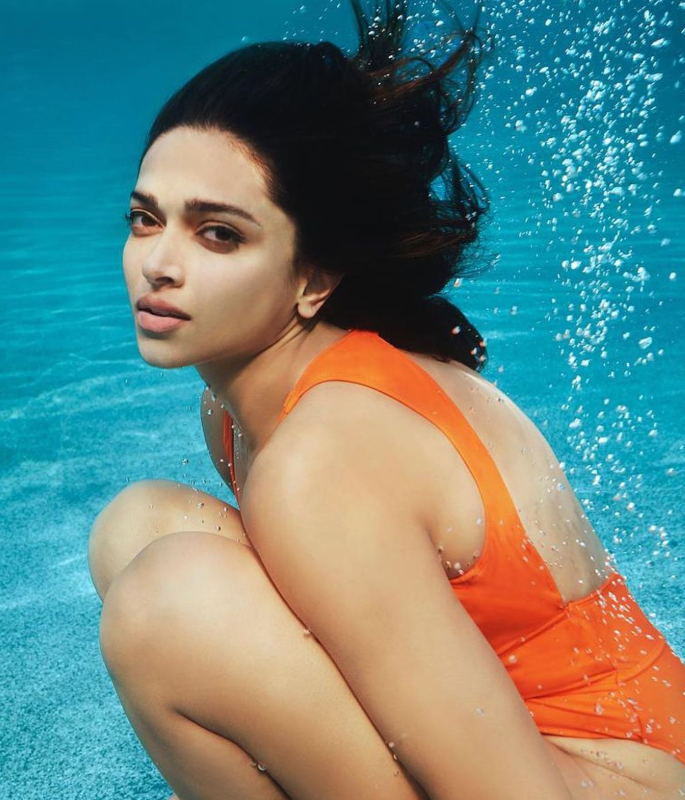 In other news, Deepika has said that she is working on a film that is based on the life of her father, former professional badminton player Prakash Padukone.

Speaking to Cyrus Broacha on his YouTube channel, Deepika detailed the challenges that her father faced when he was training for badminton.

She also explained that he was one of the first sports personalities to put India on the global map.

Prakash Padukone is a former World No.1, having topped the rankings in 1980. In 1981, he won gold at the World Cup in Malaysia.

He was awarded the Arjuna award in 1972 and the Padma Shri in 1982 by the Government of India.

Deepika Padukone last starred in Gehraiyaan, alongside Siddhant Chaturvedi and Ananya Panday. The film was released on Amazon Prime Video on February 11, 2022.

Deepika previously said of the film:

“Alisha, my character in Gehraiyaan is extremely close to my heart and certainly one of the most challenging characters I have portrayed on screen.

“I am grateful to have had the opportunity to play a role that was fun and challenging at the same time.

“Each of the characters’ struggles and arcs is real, raw and relatable.”

“Our endeavour is to take viewers on a journey they will relate to.”

She will next be seen in Shah Rukh Khan’s Pathan.

Deepika also has Fighter with Hrithik Roshan and an Indian adaptation of The Intern opposite Amitabh Bachchan in the pipeline.