Suhana Khan created a buzz online after she shared photos on Instagram in which she wore a bright red Manish Malhotra sequin saree.

Suhana Khan, Shah Rukh and Gauri Khan’s daughter is known for nailing the latest Gen-Z fashion trends and sharing her looks on Instagram.

The 21-year-old star kid broke the internet as she embraced Indian ethnic wear in a red Manish Malhotra saree for a photoshoot.

Her traditional look led to compliments from her friends Shanaya Kapoor and Navya Nanda, as well as her fans.

On February 15, 2022, Suhana with fashion designer Manish Malhotra and celebrity stylist Ami Patel took to Instagram to share the pictures.

While Manish Malhotra captioned his post “SUHANA”, Ami wrote “Beeeuuteeee” as her caption.

The six yards is a beautiful creation from Manish Malhotra’s signature sequin collection.

It features a bright red georgette saree adorned with sequinned embellishments done in parallel lines all over the drape. 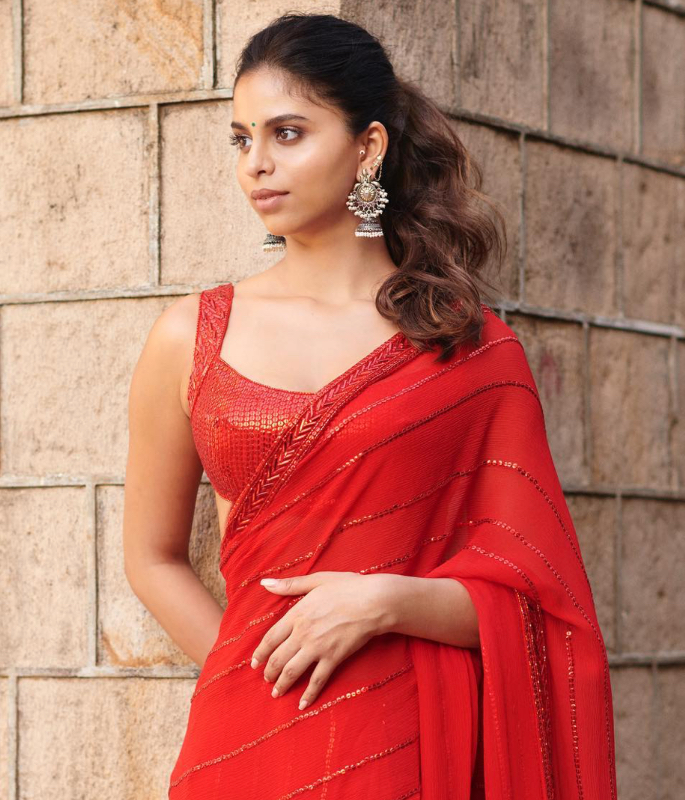 Suhana wore the red saree in a traditional draping style.

She teamed it with a matching red sleeveless blouse decorated with sequins and featuring a wide U neckline, inverted hem, and a plunging back.

Suhana styled the saree with minimal accessories, taking into account the heavy embroidery on her ensemble. 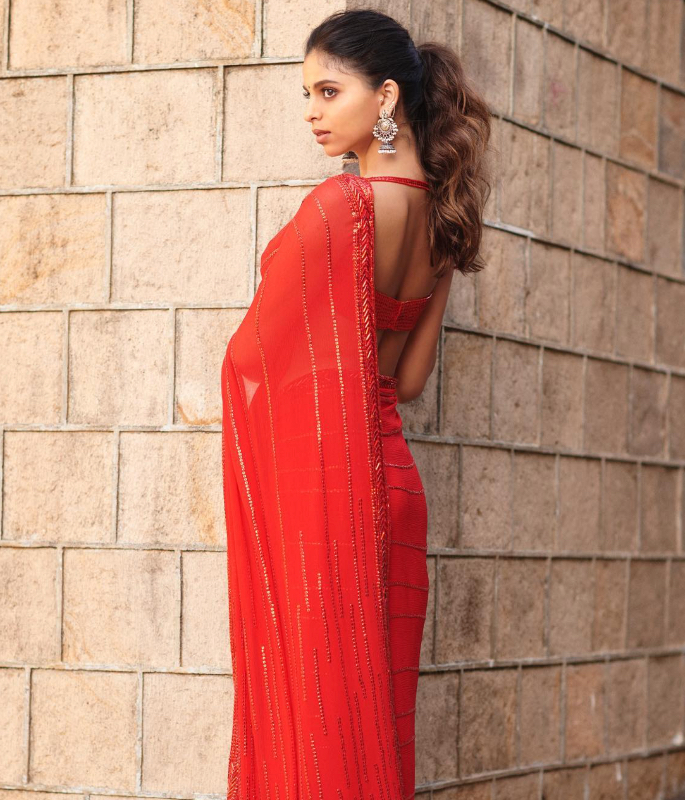 After Suhana shared the photo on her Instagram handle, it instantly went viral and amassed over 450,000 likes.

Suhana Khan created a buzz online after she shared photos on Instagram in which she wore a bright red sequin saree.

Suhana’s traditional look comes after she was spotted at the Mumbai airport alongside her brother Aryan Khan.

Aryan and Suhana had stepped in to represent their father at a cricket auction.

Suhana constantly makes headlines for her stunning pictures on social media and reports of her theatre stints in the US.

While the starlet has impressed netizens with her acting with glimpses of her theatre act, the anticipation has been on the rise for her Bollywood debut.

Ravinder is a Journalism BA graduate. She has a strong passion for all things fashion, beauty, and lifestyle. She also likes to watch films, read books and travel.
5 Outfits Ananya Panday rocked during Gehraiyaan Promotions
Deepika Padukone takes internet by storm in Orange Swimsuit