"gonna be spending all my time with the sloths."

Shannon Singh raised temperatures on social media when she posted a picture of herself wearing a sun hat and orange bikini top.

The 23-year-old from Scotland turned heads in the handkerchief style bikini top.

It had spaghetti straps and accentuated her cleavage.

Shannon stunned in the barely-there number which showcased her slender arms and toned abs.

She kept her look classy by pairing the brightly-coloured bikini top with a pair of black loose-fitting trousers, highlighting her figure.

Shannon accessorised her look with a straw sun hat and an Off-White bag.

She kept her makeup to a minimum so that all eyes were on her outfit. Meanwhile, her white nail polish contrasted with her black trousers. 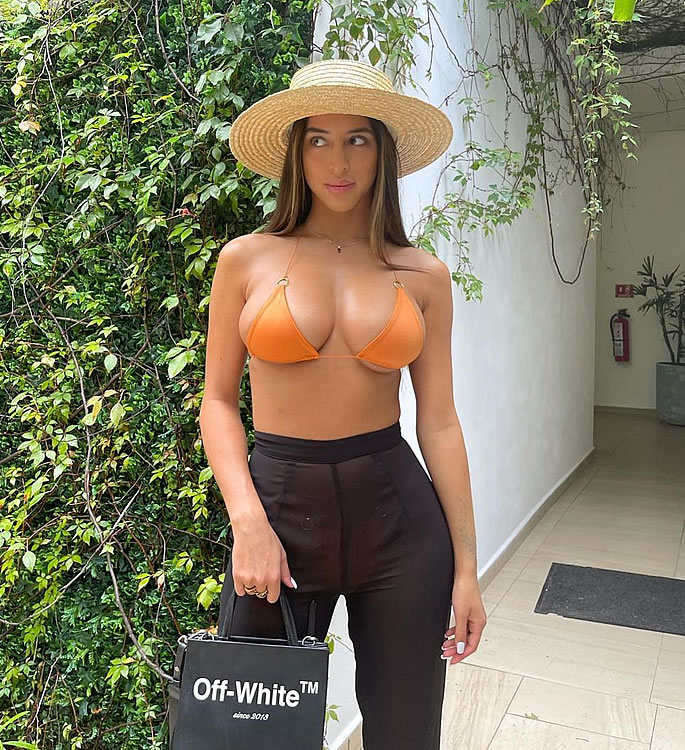 Shannon maintained her beach look by wearing her hair straight.

Her gorgeous look comes as she prepares to travel to Costa Rica.

In the caption, Shannon wrote:

“Costa Rica next week, gonna be spending all my time with the sloths.”

Fans flocked to the comments to compliment Shannon on her scintillating look.

A third commented: “You’re such a cute angel.”

Her boyfriend, DJ Ben Sterling, left a series of emojis, showing his appreciation for Shannon’s look.

The picture comes shortly after Shannon Singh hit headlines when she revealed that she had been on nine holidays in 2021, despite the ongoing pandemic.

In a list posted to her Instagram Story, Shannon said she ventured twice to Miami and Tulum as well as New York, Orlando, Jacksonville, Majorca and Columbia.

She went on to reveal that she has trips to Costa Rica and Tulum again in January 2022.

“So grateful, roll on Tulum and Costa Rica in January.”

Throughout 2021, Shannon posted temperature-raising pictures of herself while on holiday. This included bikinis and figure-hugging dresses. 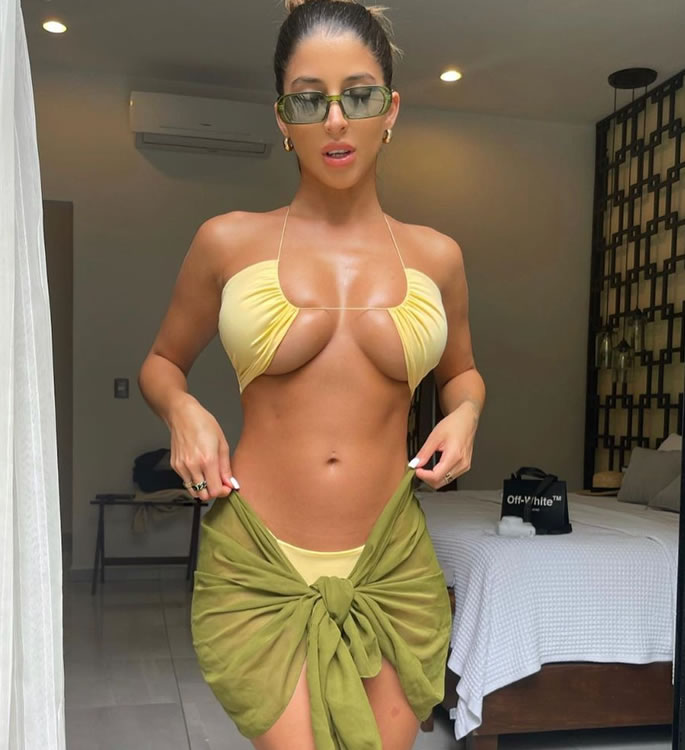 Shannon also added that she hoped to start vlogging and streaming her trips for her followers.

The UK government’s travel restrictions have been criticised by holidaymakers for being too strict.

With over 100,000 cases per day, the government is attempting to crack down on rising cases by introducing tougher restrictions.

The government has announced that Brits will now have to carry out pre-departure Covid-19 tests before returning to the UK.

Dhiren is a journalism graduate with a passion for gaming, watching films and sports. He also enjoys cooking from time to time. His motto is to “Live life one day at a time.”
Sonam Kapoor Stuns in Satin Peach Co-ord
Ananya Panday looks Stunning in Rustic Bustier Top