Malaika Arora posted a series of bikini pictures while on holiday in The Maldives, raising temperatures on social media.

others left heart and fire emojis.

Malaika Arora flaunted her bikini look while on holiday in The Maldives.

The actress is currently on a romantic getaway with Arjun Kapoor.

Whilst visiting the popular holiday destination, Malaika has been posting a series of photos, providing a glimpse of her luxury vacation.

She has uploaded pictures of the stunning beaches and scenery.

But Malaika also raised temperatures with images of her bikini looks, leaving her fans in awe.

She shared one picture of herself in a printed swimsuit with her refreshing drink next to her and the picturesque blue water in the background. 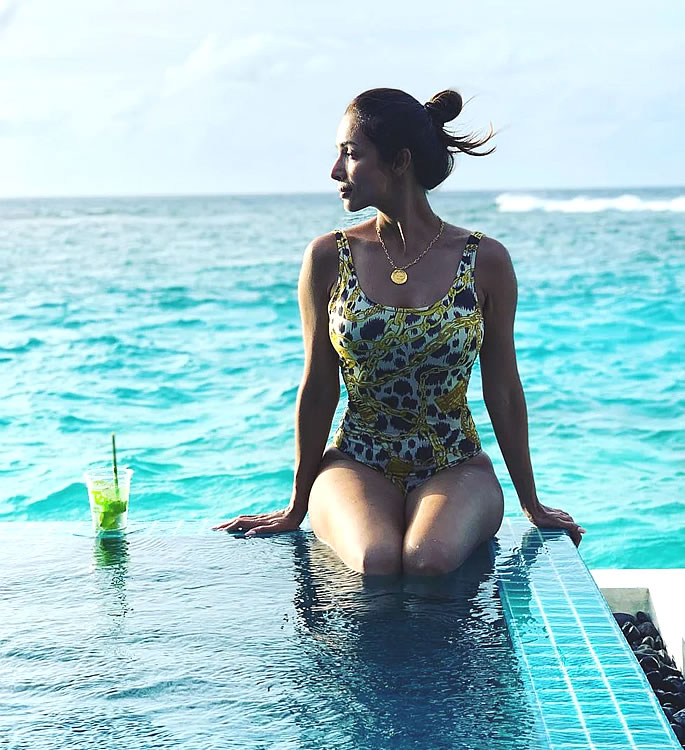 Fans quickly commented on the photo, calling her “hot” and “beautiful” while others left heart and fire emojis.

Another sun-kissed selfie on her Instagram Story shows Malaika in a printed two-piece looking into the camera as she laid on her front. 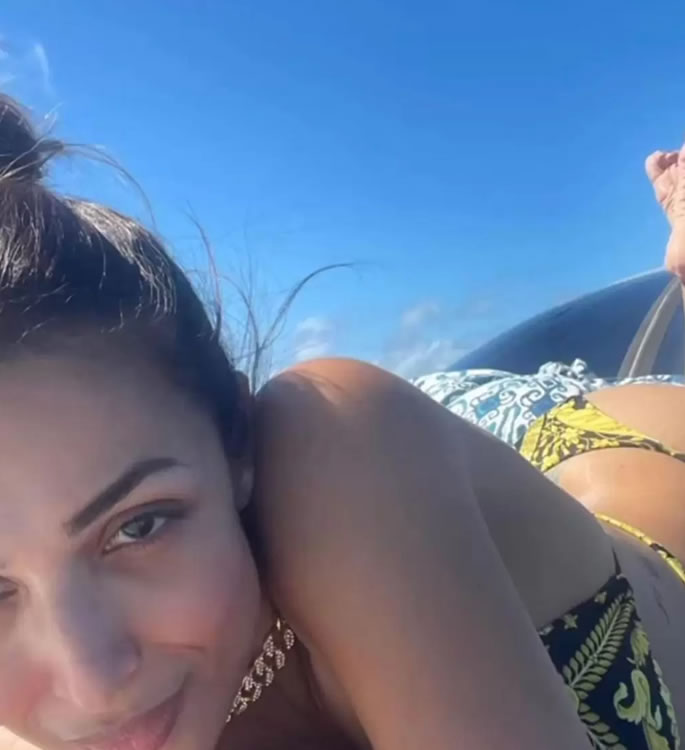 Malaika went makeup-free as she accessorised her beach look with a statement chain.

She also showcased her figure in another shot from a different angle.

Throughout her holiday, Malaika also posed in activewear, using her arm to shield her eyes from the sun. 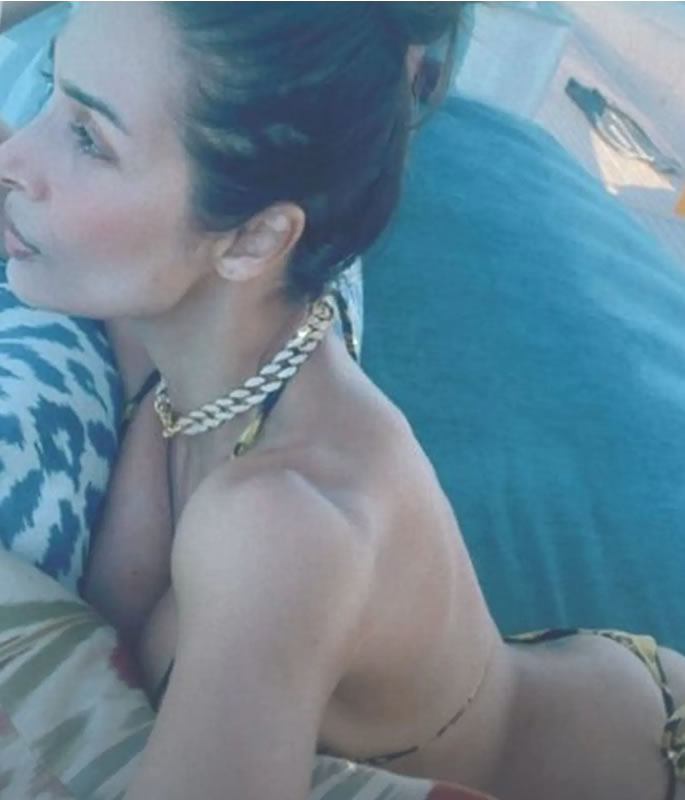 Malaika continued to soak in the sun in more Instagram Stories.

She sported a comfortable printed top and let her shiny hair fall naturally down her shoulders.

Malaika also opted for no makeup as she innocently looked away from the camera.

Another shows her wearing an orange printed bikini as the sun beamed over her. 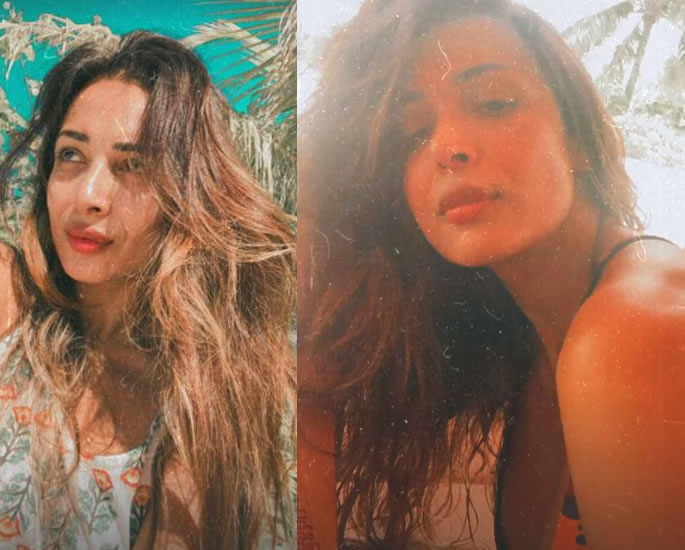 As well as showing off her stunning looks, her boyfriend Arjun Kapoor also took to Instagram.

One particular picture showed himself on his phone along with the caption:

“When she catches you scrolling through Instagram while on holiday.”

The couple has been in a relationship for a number of years, however, they remain quiet about the matter.

In 2019, they made their relationship public.

Despite being questioned about their age gap, the couple has been not been affected by it and continue to set major fashion goals on social media.

On the work front, Malaika Arora is a judge on India’s Best Dancer alongside Terence Lewis and Geeta Kapur.

She also judged Supermodel Of The Year 2 with Milind Soman and Anusha Dandekar.

Meanwhile, Arjun Kapoor was last seen in Bhoot Police. He will next be seen in Mohit Suri’s Ek Villain Returns.

Dhiren is a journalism graduate with a passion for gaming, watching films and sports. He also enjoys cooking from time to time. His motto is to “Live life one day at a time.”
Bollywood Stars look Radiant at GlobalSpa Awards
Janhvi Kapoor says Trolls have ‘Problems with her Gym Shorts’