Mouni Roy is heating things up with her recent pool photos, wearing an embellished bikini top and stylish green shorts.

Mouni’s look is perfect for a pool party.

We don’t need to describe how amazingly Mouni Roy nails every outfit she steps out in.

Be it ethnic or western, the Brahmastra actress always puts on her gorgeous diva avatar.

She channelized a chic beach avatar that has made us go gaga over her sartorial choice.

Mouni shared pictures of herself wearing an oh-so-sultry bralette made out of seashells. If this is not on-point beach fashion, we don’t know what is.

Mouni paired the bralette with a lime green skirt as she posed beside the pool.

As for accessories, Mouni went with the classic chunky enamel bangles and statement earrings.

She opted for a matte palette for her makeup and brightened her lips with a rosy pink colour. 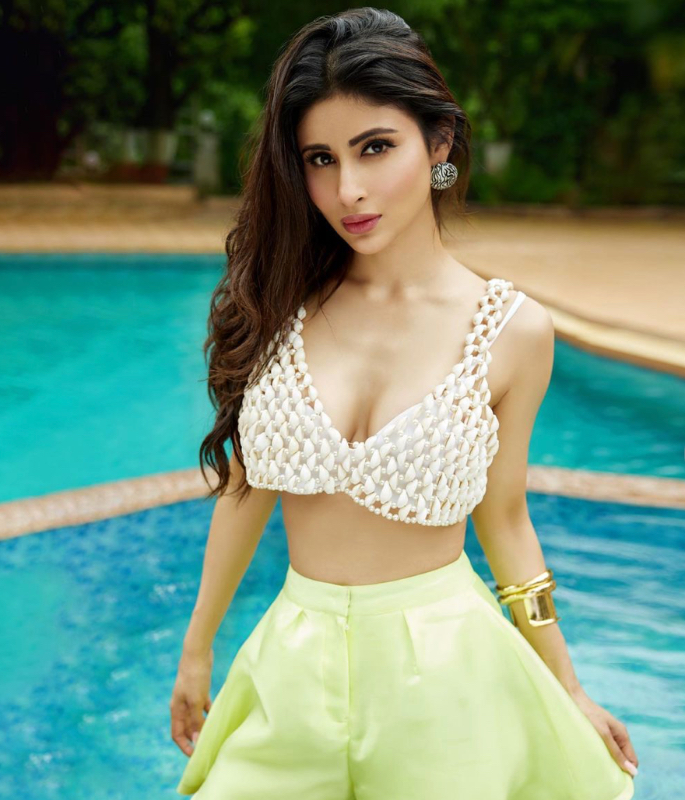 Complete with well-defined eyebrows and mascara-laden lashes, Mouni’s look is perfect for a pool party.

Styled by Rishika Devnani, Mouni’s outfit is credited to two fashion labels. Her gorgeous bralette is from Nidzign and the pretty skirt is from D Shik by Rishika.

Mouni’s accessories are from Tulua and Simran Chhabra jewels. 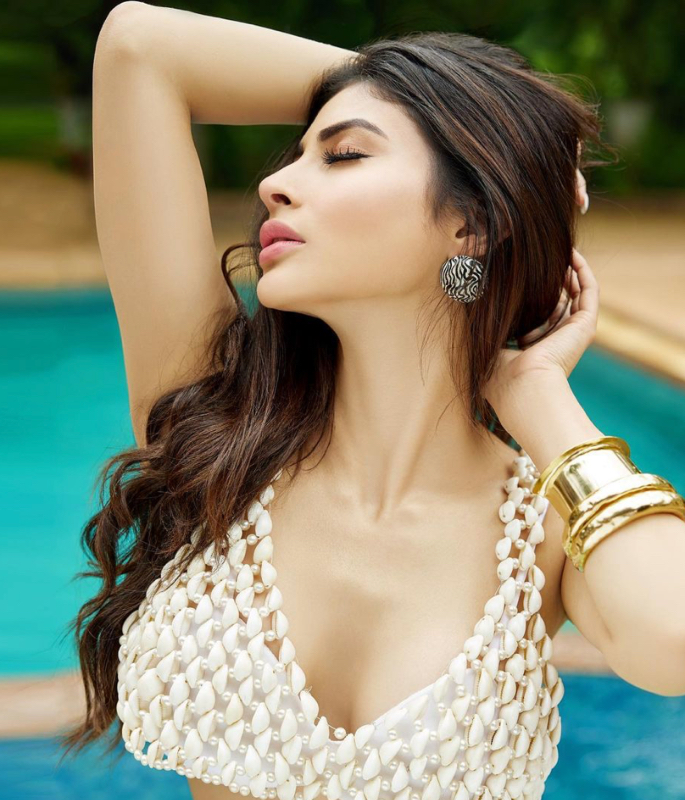 On the work front, Mouni Roy will be next seen in the Ayan Mukerji film Brahmastra opposite Ranbir Kapoor and Alia Bhatt.

Ahead of the release of the new film, Mouni Roy has spoken about her ambitions of experimenting more in films.

The actress said that she would like to work in South Indian cinema as she can’t wait to experience larger-than-life films. 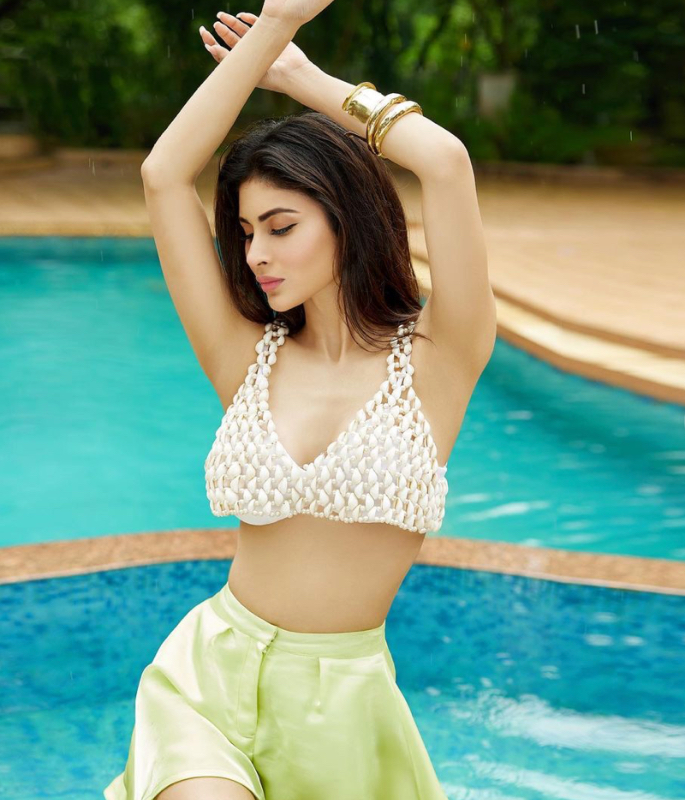 As you’d know, South Indian films like Pushpa, RRR and KGF: Chapter 2 have been doing so well across India as opposed to Bollywood.

So, it surely doesn’t come as much of a surprise. In the ShareChat LIVE Audio Chatroom, Mouni said:

“I am keen on being a part of films down South, and I really think they are making some brilliant content.

“I am dying to be a part of the larger-than-life movies they are making.”

With her film Brahmastra soon releasing, fans recently got to see a small glimpse of Bollywood superstar Shah Rukh Khan in the film.

In what was a look that was kept secret for when the film would release, Shah Rukh Khan’s avatar of Vanarastra in the film was leaked online.

A short clip went viral online with the scene being an extended version of the same sequence that was in the trailer, only this time we also get a one-second shot of Shah Rukh Khan’s face.

Brahmastra releases in theatres on September 9, 2022.

Ravinder is a Journalism BA graduate. She has a strong passion for all things fashion, beauty, and lifestyle. She also likes to watch films, read books and travel.
Best Pollywood Looks to Steal this Festive Season
Rahat Khan talks ‘Desi Ever After’ & Indo-Western Style