Janhvi Kapoor says Trolls have ‘Problems with her Gym Shorts’

Janhvi Kapoor recently opened up about the pros and cons of social media. She explained that there is more to her than her gym looks.

"I want to tell them that’s not the only thing I do."

Janhvi Kapoor is widely recognised for her effortless style.

The Roohi actress has made athleisure look cool as she is regularly spotted wearing trendy workout outfits on her way to and from the gym.

At a recent event, Janhvi Kapoor opened up about the criticism she regularly receives from social media trolls when she is snapped by the paparazzi.

The actress explained that there is more to her than just her gym looks and added that she is flattered by the fact that people want to see her sweaty pictures as well.

Janhvi said: “People tell me that they have seen all my gym looks.

“I want to tell them that’s not the only thing I do.

“You need to take it with a pinch of salt. I find it extremely flattering. It’s attention.

“If some people have a problem with my gym shorts and how I am looking, that’s okay because that’s not my job, that’s a consequence of my job.”

Janhvi, who is an avid user of Instagram, also opened up about how social media used to affect her in the past.

She said: “I gave it a lot of value at one point.

“I told myself it was important to understand the pulse of the audience, what they are saying, where I am lacking, what I need to work on.

“But it has its positives and negatives.” 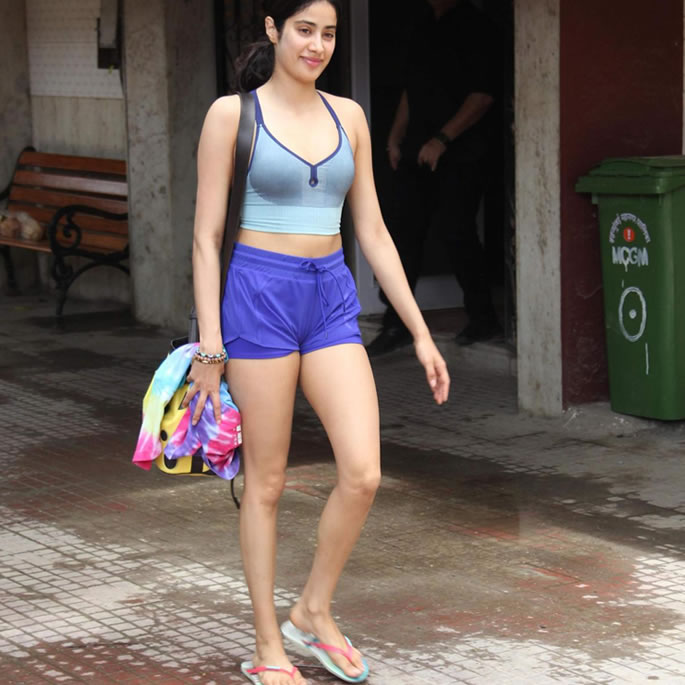 Janhvi was joined by her uncle Anil Kapoor who jokingly blamed the paparazzi for only clicking Janhvi’s pictures outside the gym and not his.

Anil Kapoor said: “They don’t want to take my pictures, they only want Janhvi’s pics. Otherwise, I will also go in front of the gym for pictures.”

Janhvi proceeded to talk about being trolled for her work.

“Ignorance is bliss when trolling is happening.”

Anil added that he is proud of his nieces and nephews for using social media to stay in touch with one another.

The Welcome actor said: “Really appreciate my nieces and nephews that they are so close to each other, despite the dark social media.

“My nieces and nephews are so close to each other in this world which has become much more difficult, competitive.

“In spite of what is happening, I can see them very normal and I am very proud of every member of my family.”

The young actress has many projects in the pipeline.

Janhvi Kapoor will next be seen in Good Luck Jerry, Mr and Mrs Mahi and Dostana 2.