It is no secret that Diljit Dosanjh has a crush on Kylie Jenner. After she posted a picture on Instagram, the actor could not help but react to it.

Diljit had something to point out.

The crush that Diljit Dosanjh has on American socialite Kylie Jenner is known to his followers on social media. He regularly comments on her photos and it is what his fans like about him.

The popular Punjabi actor was last seen in Arjun Patiala alongside Kriti Sanon in which he plays a small-time cop. His comical performance was loved by audiences.

Away from the big screen, Diljit openly expresses his admiration towards a number of women, including Kylie.

The multi-talented star even released a song which is dedicated to Kylie and Kareena Kapoor Khan, titled ‘Kylie + Kareena’.

When it comes to showcasing his love for a co-star or international celebrity, Diljit goes to great lengths.

If he is not writing songs about them, then he is commenting on their Instagram posts.

That is the same for Kylie Jenner who uploaded a photo on August 4, 2019, and Dilijit was quick to react. The 21-year-old posted a picture of herself in a neon green bikini and matching Adidas trainers.

It seems she was showing off her footwear as opposed to her bikini as she wrote: 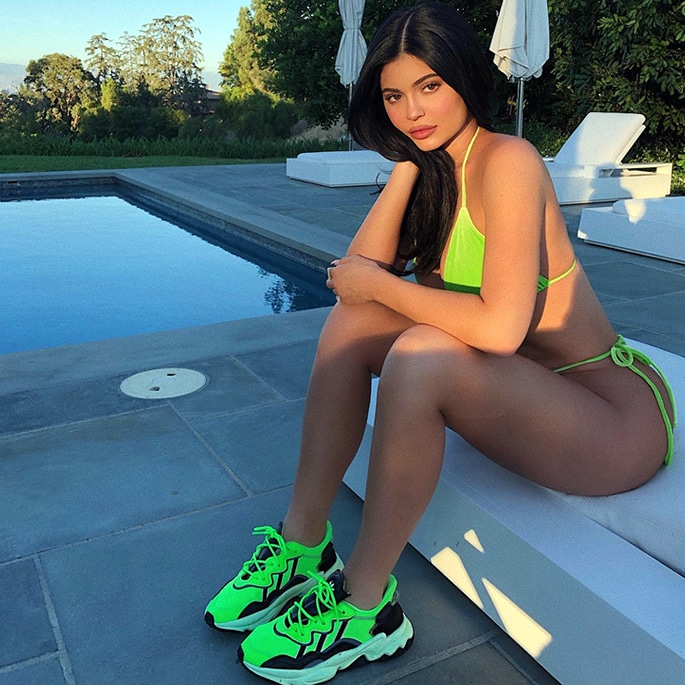 While her fans praised the beauty mogul for her stunning look, Diljit had something to point out.

Diljit’s comment translates to: “See, how she is sitting.”

The actor appeared to be distracted by her picture and in the past, he has said he is a huge fan.

In 2018, he appeared on Koffee with Karan where he spoke about his obsession for the world’s youngest billionaire.

Not only is Diljit Dosanjh a fan of Kylie Jenner, but he has also revealed that he admires British singer Dua Lipa. He had said:

He added: “Just because I comment does not mean I want to collaborate. I don’t wish to collaborate (with them). I am just a huge fan.”

On the work front, Diljit will next star in Good News alongside Akshay Kumar and one of his crushes, Kareena Kapoor Khan.

Meanwhile, Kylie Jenner is ready to launch her birthday makeup collection on August 10, 2019.