An Indian bride has defied conventions by ditching the traditional lehenga for her wedding. Instead, she wore something more shocking and unusual.

As you look down, you notice the young woman wearing Nike black gym shorts.

For every Indian bride, their wedding day marks a time of lavish celebration and the chance to glam up.

However, for this certain Desi Canadian bride’s big day, she decided to defy the traditional convention of wearing a lehenga, after her ceremony.

Instead of donning something that would be expected by everyone, she decided to wear something more unusual and shocking.

To be precise, gym shorts! Yes, gym shorts that you would normally wear for exercise or even just casual home attire.

But despite this radical choice, the Indian bride pulls off her unique look remarkably well. Still sticking to a traditional “top look”, she wears a red and gold traditional top. She adds glamorous jewellery and makeup to her outfit.

As you look down, you notice the young bride wearing Nike black gym shorts with no traditional lehenga in sight in the photos! 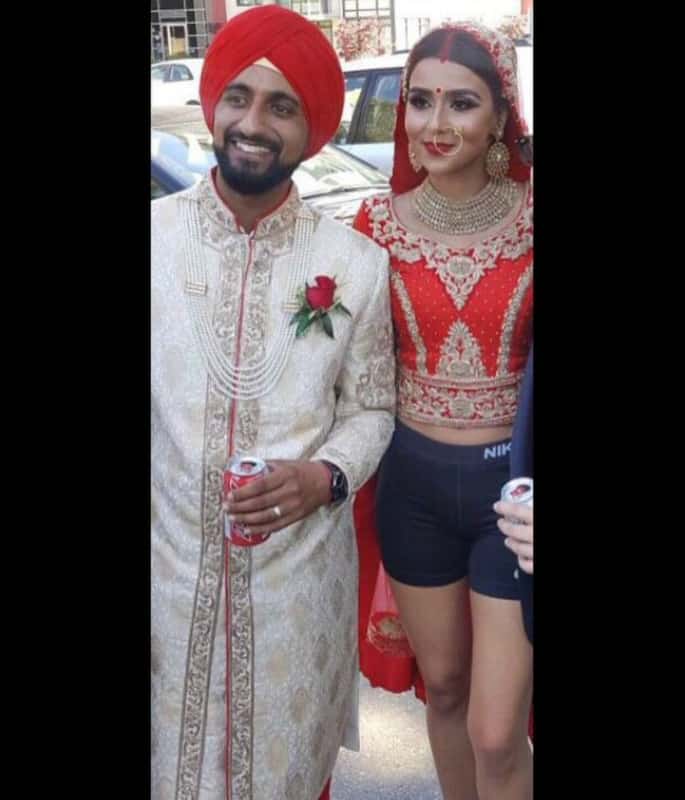 As the Indian bride wears the unusual garment, her husband wears traditional groom attire. And judging by their joyful expressions, the gym shorts didn’t put a downer on the big day.

Although she is seen to be wearing her lehenga during the ceremony, which is a relief most likely to the many wondering – did she wear shorts? 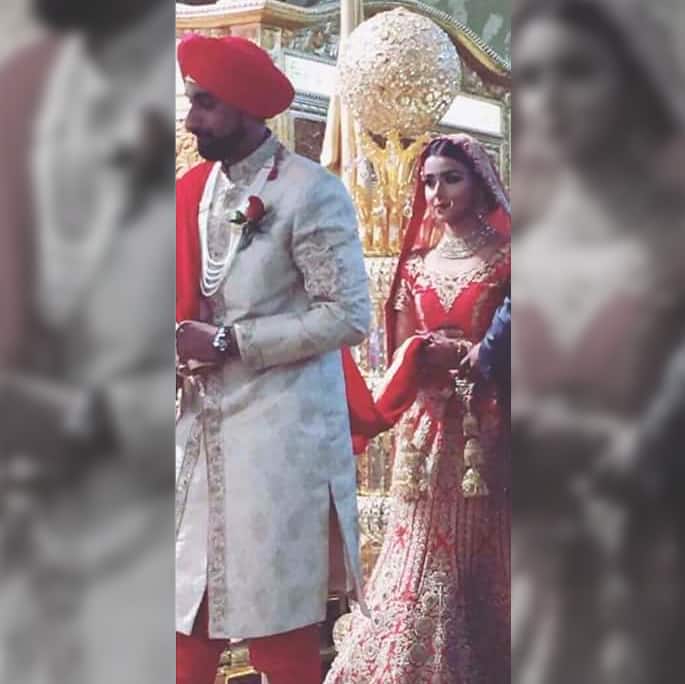 With the shorts image has emerging online, she has certainly broken the Internet with the reactions to it. Many took to social media to give their thoughts on the bride’s odd outfit in the photo. This, of course, resulted in the picture becoming the main subject of many memes.

Some wondered if the bride in question had to hit the gym after her momentous day.

when you getting married at 12 but gotta hit the gym at 1 #nodaysoff pic.twitter.com/fya86x6iNy

Others also made amusing comparisons to Ranveer Singh, known for his striking fashion choices.

When u invite Ranveer singh to ur Wedding. ??????#LahangaChor pic.twitter.com/3gcV3ssWVd

In addition to the viral image, a video of the event has emerged on YouTube. It depicts the young newly-wedded couple interacting with their guests. As many guests hug and congratulate the Indian bride, it seems they became accustomed to her gym shorts.

But despite all the commotion on social media, no one has asked the most important question. Why did she decide to wear gym shorts?

Did she want to defy conventions and make a strong statement with the gym shorts? Did the bride want to make her big day even more memorable, albeit not exactly for the right reasons?

Or could it simply be that her lehenga suffered a disastrous spill after the ceremony?

We may never know.