Aishwarya Rai Bachchan proves to be a timeless beauty when she brings her princess glamour to the Cannes Film Festival once again, in a magical Rami Kadi couture gown.

She revives Cannes 2017’s fairytale princess vibe with a touch of sophistication.

The strapless gown features a crystalised front panel that glitters from top to bottom when Ash sashays down the iconic red carpet. The back of the gown showcases a beautifully embellished and layered train, that is almost reminiscent of a wedding dress.

Opting for simple accessories, she completes the look with a matte lipstick and dramatic mascara that is only matched by her daring hairstyle. The overall effect is, as many of her fans describe on social media, ‘divine’. 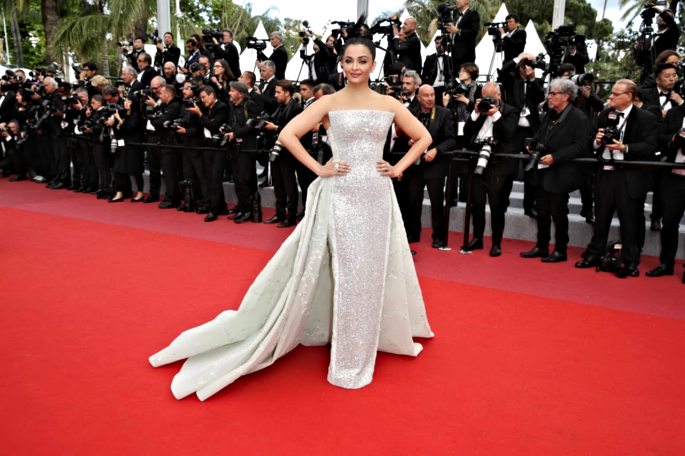 When Ash donned a Rami Kadi number at Cannes 2016, media and fans did not react well to her choice of lip shade. This year, her adventurous spirit pays off and we love how she revives Cannes 2017’s fairytale princess vibe with a touch of sophistication.

The L’Oréal ambassador is in great company on her second evening in the French Riviera, sharing the red carpet with esteemed French actresses Marion Cotillard and Isabelle Huppert, a two-time Best Actress winner at the annual film festival.

But no famous stars can compare with her adorable six-year-old daughter Aaradhya, who has been by her mother’s side at Cannes for as long as we can remember. Aaradhya poses with Ash in a matching powder blue dress, wearing the sweetest smile on her face for an Instagram snap.

A post shared by AishwaryaRaiBachchan (@aishwaryaraibachchan_arb) on May 13, 2018 at 9:49am PDT

Earlier in the day, the mother-daughter duo celebrated Mother’s Day with Ash’s mother before Ash went to work and charmed us with her fashion magic at the daytime photocall.

The Fanne Khan star looked fierce in a white shirt and high-waisted navy satin skirt with a thigh-high slit. She matched it with a sequined jacket by Manish Arora and continued to dazzle us with a colourful ensemble by the Indian designer, after catching the sunshine in a flowing Arora number yesterday. 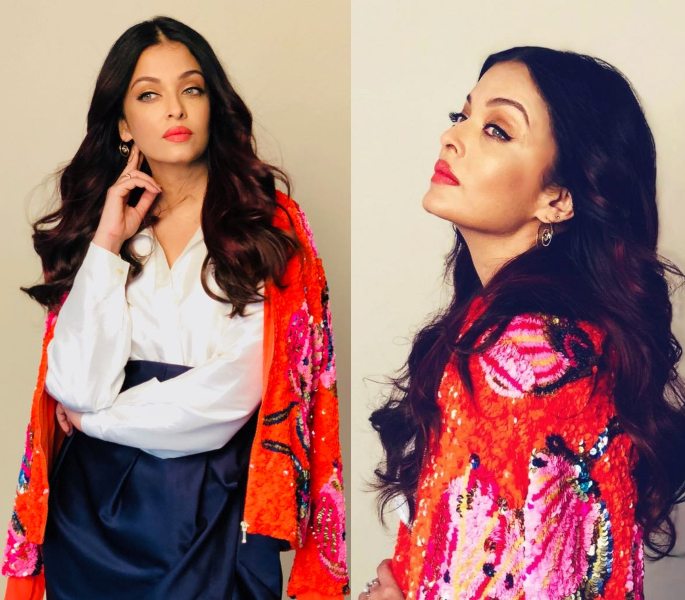 Fashionable and elegant, Ash has pulled off yet another showstopping appearance at sunny Cannes and propelled the trend for ‘#AishwaryaAtCannes’ on social media.

That’s all from Aishwarya the evergreen beauty at the 71st Cannes Film Festival, but stay with us for more red carpet action from newlywed and fashionista Sonam Kapoor Ahuja!